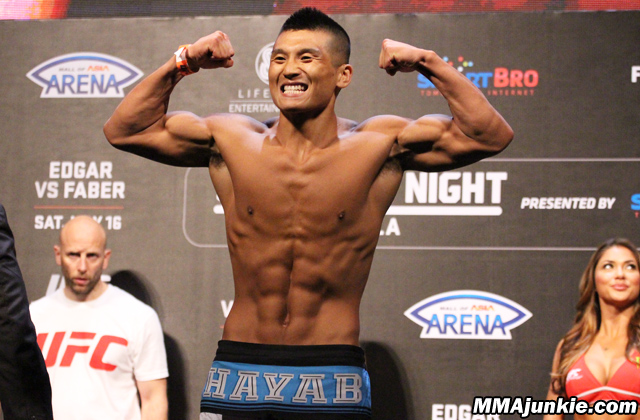 How to watch ‘ONE Championship: Only the Brave’

Here’s how to watch Singapore’s “ONE Championship: Only the Brave” card, where standout Chinese welterweight Zhang Lipeng (31-11-2) takes on Ruslan Emilbek (16-2).

“ONE Championship: Only the Brave” takes place at the Singapore Indoor Stadium in Singapore.

In one of two MMA fights featured at Friday’s event, Lipeng is back for his second fight under the ONE banner against Emilbek.

Lipeng signed with ONE in 2021 after a nearly six-year streak in which he went 21-2-1. His promotional debut was a unanimous decision against former champion Eduard Folayang last August. His 21-win streak came after leaving the UFC after back-to-back losses. He went 2-2 in the UFC in 2014-15.

Kyrgyzstan’s Emilbek rebounded from a loss to Yoshiki Nakahara in March 2021 with a decision over Pieter Buist last November. Prior to his loss to Nakahara, which came on his ONE debut, Emilbek was on a 15-game winning streak.