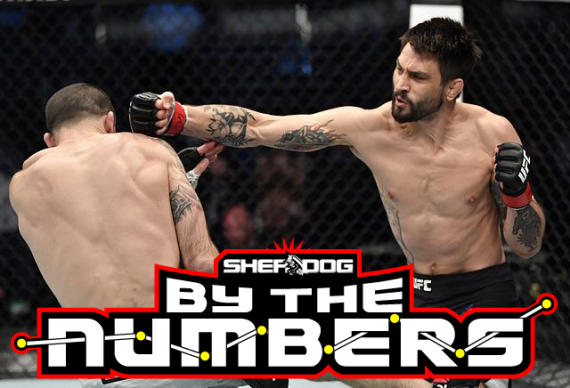 Sign up for ESPN + here, and then you can stream UFC, PFL, Dana White’s Contender Series, and â€œThe Ultimate Fighterâ€ live to your smart TV, computer, phone, tablet, or streaming device through the ESPN app. Well-balanced, aggressive and bloodthirsty, Carlos Condit represented everything the masses wanted from a mixed martial artist. The Jackson-Wink MMA rep on Thursday announced his retirement from the sport after more than 19 years and 46 fights. Condit ended his career with a 32-14 record on July 10, when he found himself on the wrong side of a unanimous decision against Max Griffin at UFC 264. â€œThe Natural Born Killerâ€ won 28 of his 32 professional victories by knockout, technical knockout or submission, leaving him a staggering 88% finish rate. Condit claimed the undisputed World Extreme Cagefighting welterweight crown when he submitted John Alessio with a rear choke at WEC 26 on March 24, 2007, then made three title defenses before advancing to the Ultimate Fighting Championship .

As the MMA world reflects on Condit’s considerable contributions, a look at some of the numbers that have accompanied him along his journey:

682: Days Condit spent as WEC welterweight champion. He held the title from March 24, 2007 until February 3, 2009. Condit was one of five men to win the promotion’s 170 pound crown. Others? Nick Diaz, Shonie Carter, Karo Parisyan and Mike Pyle.