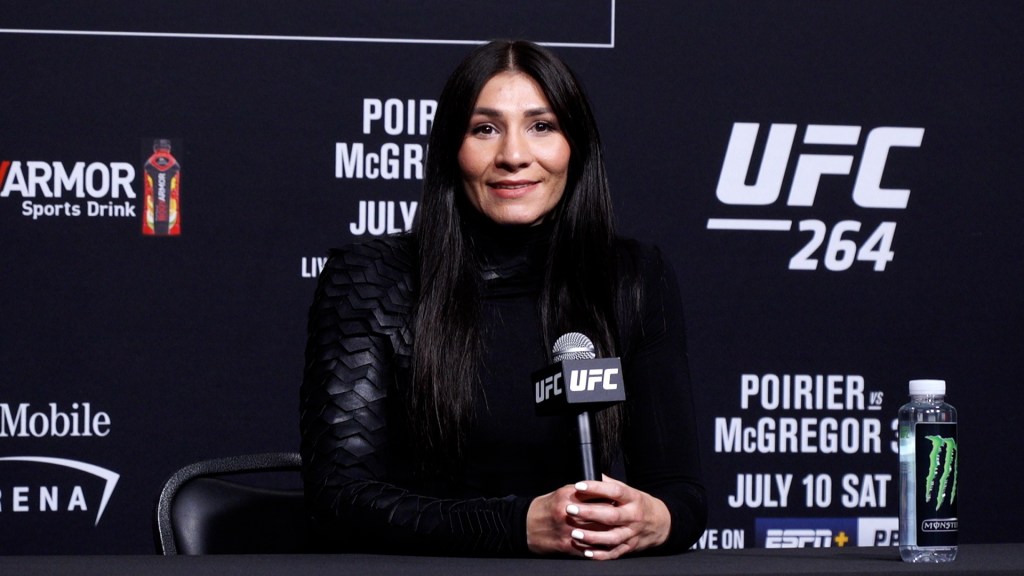 UFC women’s bantamweight contender Aldana (13-6 MMA, 6-4 UFC) thinks she’s ready to fight in a title fight and wants to put that to the test. Aldana has been a top contender for several years now, but hasn’t had her chance at a title yet.

Currently, the women’s bantamweight title will be on the line on July 30 at UFC 277 in a rematch between champion Julianna Peña and Amanda Nunes. Aldana has no preference as to who she will challenge in the future instead. She just wants her chance to fight the winner.

“I’m ready if the opportunity to fight for the belt comes up” Aldana told MMA Junkie in Spanish. “I think I’m capable of taking this fight now. If tomorrow I was offered a fight for the belt, I would accept this fight. I feel ready. I feel like I can build a camp for a title fight. Physically and mentally, I’m ready for it.

Aldana last fought in July 2021 when she earned a dominant first-round TKO victory over Yana Kunitskaya at UFC 264. She is currently 3-1 in her last four outings, the only defeat having been pronounced unanimously against Holly Holm.

Aldana was expected to return in April against Aspen Ladd, but an injury forced her to pull out of the fight. She almost fully recovered from her injury and resumed training.

Aldana thinks she has a strong case for the next title. She and Ketlen Vieira are the only two contenders who have yet to fight for the belt. And Aldana holds a first-round knockout against the Brazilian.

The Mexican striker hopes to receive the call from the UFC to challenge the champion. She’ll wait for it, but she’s also not opposed to cementing her position as the division’s primary threat.

“At this point in my career and being in the top five in the division, it’s harder to fight frequently,” Aldana said. “I can’t do what I did in 2019 when I had four fights in a row as I climbed the rankings. Now I have to see what fight could bring me closer to the title. I like to be active. I like to work.

“I don’t want to sit and wait, but if that’s what needs to be done and the UFC asks me to wait, I’ll wait. I will also fight, no problem, if the UFC wants it. The idea is also to gain more experience. I know every time I fight, every time I camp, it prepares me more for the title. But we will see, I think a lot will be determined once we see the rematch (between Peña and Nunes).