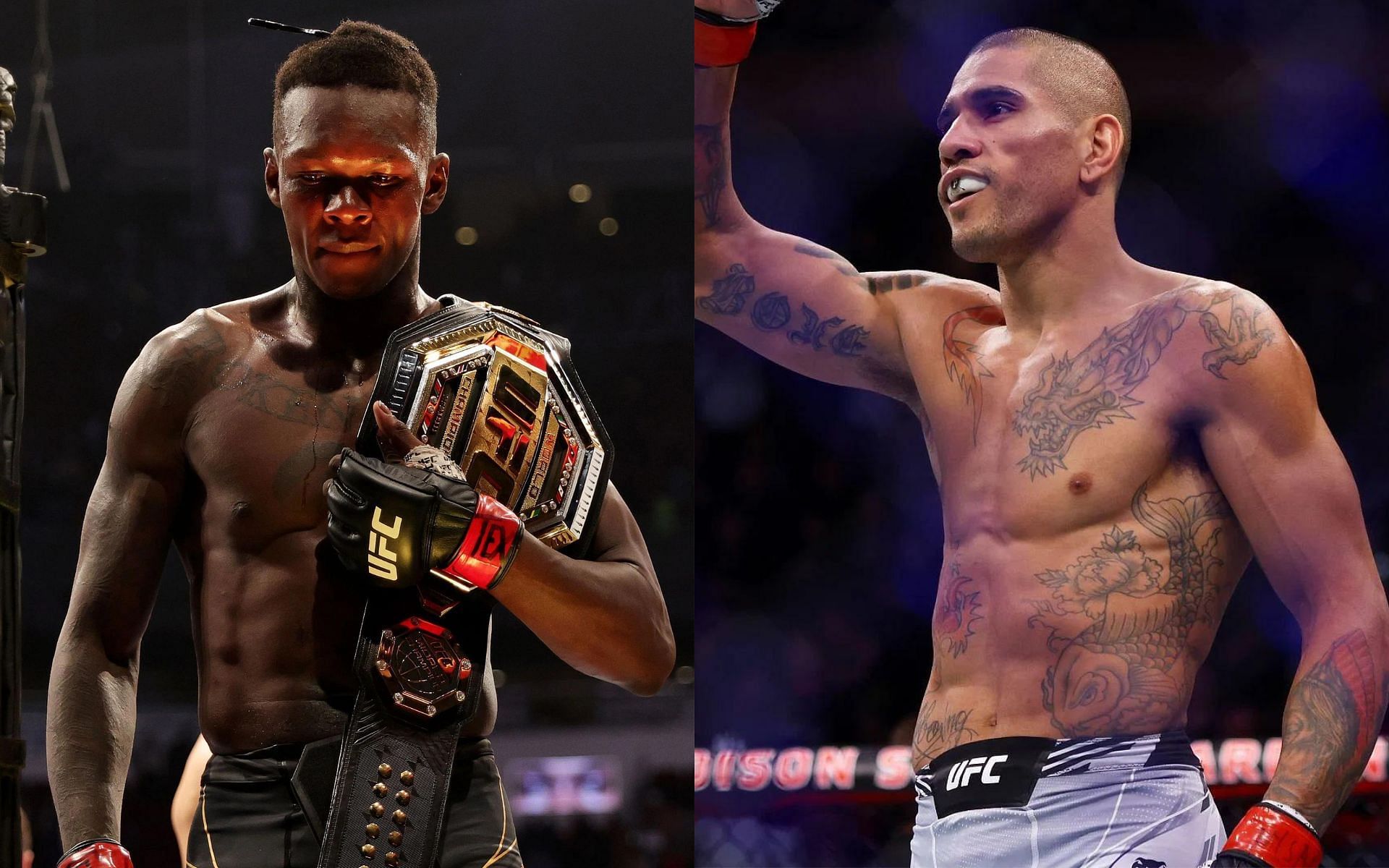 Israel Adesanya is chomping at the bit to get revenge on Alex Pereira. The reigning middleweight champion is even ready to fight his former rival despite criticism that ‘Poatan’ is far too inexperienced in MMA to challenge for a UFC title.

At an Australian UFC 276 press conference, Adesanya was asked to weigh in on a potential fight with Pereira or Sean Strickland. In response, “The Last Stylebender” said:

“I’m looking forward to either of these fights. I don’t like this narrative like ‘Oh, it’s too fast for [Alex Pereira].’ But look, Jiri [Prochazka] just fought for the belt and won the belt in his third UFC fight. I think Anderson [Silva] did it in the second fight. So it’s okay, he’s new to MMA. I’ve been in this game for a long time.”

Adesanya also spoke about his knockout loss to Pereira from the time they fought under the Glory banner. ‘The Last Stylebender’ hinted at how well he was doing against the Brazilian before the finish. The UFC No. 3-ranked pound-for-pound fighter added:

“This TikTok generation has a 15 second memory so they forget. All they see is the knockout but they didn’t watch the first fight or even watch the second fight until it was over. It’s not kickboxing, it’s mixed martial arts. And it’s not big pillow gloves; it’s deadly four-ounce weapons and I can’t wait to face it after I go through Jared Cannonier.”

Check out Israel Adesanya’s comments below:

Alex Pereira is convinced he has Israel Adesanya’s number, whether in the ring or in the cage. The promising Brazilian believes that if he fought Adesanya in the UFC, the outcome would be similar to their first two encounters.

Pereira also made it clear that his goal is to become a UFC champion whether or not he has to fight Adesanya for the belt. In an exclusive interview with Sportskeeda MMAthe promising UFC middleweight said:

“Well, if the fight is tomorrow, me and [Israel Adesanya]Absolutely [I would beat him]. But I know I just got into the organization, I have a path to follow here before I get the belt. My goal is to become world champion. So whether he’s there or not, that’s where I’m coming from. Let’s see who’s there by the time I get there. But when I’m there and he’s still there, I won’t be afraid to take his belt. The one who has to worry is him because I’ve already beaten him twice.”

Check out our interview with Alex Pereira: