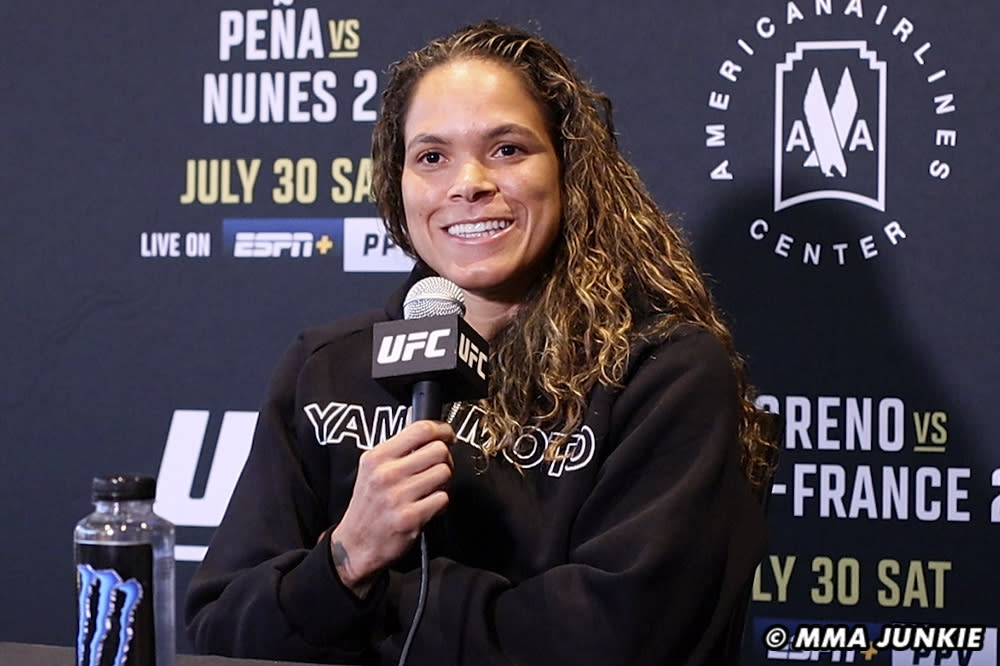 DALLAS- Amanda Nunes finds herself in a position she hasn’t been in for some time.

Arguably the greatest fighter in MMA history, Nunes returns to the octgon this Saturday in the main event of UFC 277, but this time as a challenger and not the defending champion. Nunes (21-5 MMA, 14-2 UFC) will attempt to regain her women’s bantamweight title after losing it to Julianna Peña in a shocking upset last December at UFC 269.

Heading into the rematch, the Brazilian is amped up, something she lost in her six-year undefeated and dominant run that saw her become a two-division UFC champion.

“It’s very exciting for me,” Nunes told reporters during the UFC 277 media day on Wednesday. “I’ve been here before, so it’s not a surprise or anything like that. You make mistakes, and you pay, and I did. I lost my belt, but after that I went home, fixed what I had to fix. If I had to make any adjustments in the movement, I did whatever I had to.

“I’m going to get this thing back. Losing the belt was never something that got me down or sad. It just kept me motivated and fired up. I’ve always needed this. I needed that kind of boost. What Julianna brought was the challenge I needed. I’ve been unchallenged for so long. Now, finally, I find myself in the position that I like to feel. I like feeling trapped. These are the moments I love the most.”

Nunes was in tears before his loss to Peña. She has won 12 consecutive victories, including eight by stoppage. Many of those wins have come from notable oppositions such as Ronda Rousey, Holly Holm, Cris Cyborg, Valentina Shevchenko (twice) and Miesha Tate.

The “Lioness” is more eager than ever to get back what was hers and promises to defeat Peña in the rematch.

“When the lioness goes to attack the prey, she doesn’t always take it the first time,” Nunes said. “But the second time, of course. It will be more precise. Now I’m here and I’m going to get my belt back on Saturday.

For more on the card, visit MMA Junkie’s Event Center for UFC 277.