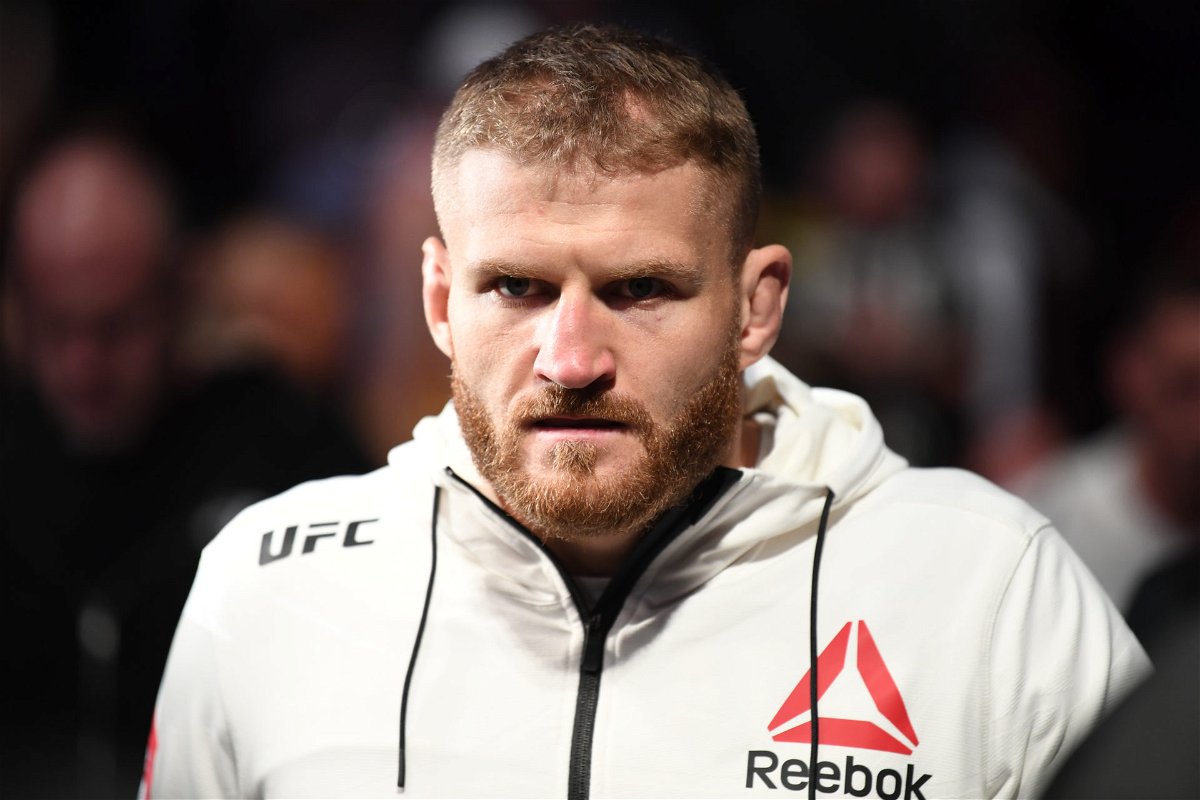 Jan Blachowicz is set to take on Glover Teixeira in the main event of UFC 267. And according to the UFC Light Heavyweight champion, this event will be the biggest MMA event of the year. Prior to his fight at UFC 267, Blachowicz took some time to do a question-and-answer session on Twitter.

During this session, a Twitter user asked Blachowicz about UFC event 267. He asked, “What do you think of the # UFC267 fight card first and foremost? “ To this Blachowicz responded with confidence, “The best card of 2021.”

Blachowicz will defend his title for the 2nd time when he faces Texeira at UFC 267. However, this is not the only championship fight scheduled for the night, as Aljamain Sterling will also defend his title against Petr Yan. While these two fights are enough to capture the excitement of any MMA fan, there are various other fights that hold great promise.

One of those fights is the welterweight clash between two of the UFC’s most talented fighters, Li Jingliang and Khamzat Chimaev. The fight between Amanda Ribas and Virna Jandiroba also looks promising and can be a treat to watch.

The sheer talent that will be on display at UFC 267 is incredible. Therefore, it becomes difficult to disagree with Blachowicz over UFC 267 which promises to be the best MMA event of the year.

What to expect from the fight between Jan Blachowicz and Glover Teixeira?

UFC event 267 has a plethora of glorious fights planned. However, the biggest fight of the night will certainly be the title shock between Blachowicz and Teixeira.

Watch this story: Nick Diaz’s intense training routine for his rematch against Robbie Lawler at UFC 266

Coming into this fight, Blachowicz soars high on a 5-game winning streak and in his last fight he was admirably successful in defeating Israel Adesanya in UFC event 259.

Therefore, the fighter will be very confident and will seek to defend his title a second time.

However, Teixeira is not far behind and is himself on a 5 game winning streak and in his last fight defeated Thiago Santos via a 3rd round submission. Now, as both fighters were in incredible shape, it’s hard to predict the outcome of the fight.

However, the only thing that is certain is that when these two fighters collide it is bound to be an epic fight.

Which UFC 267 fight are you most passionate about? Let us know in the comments.