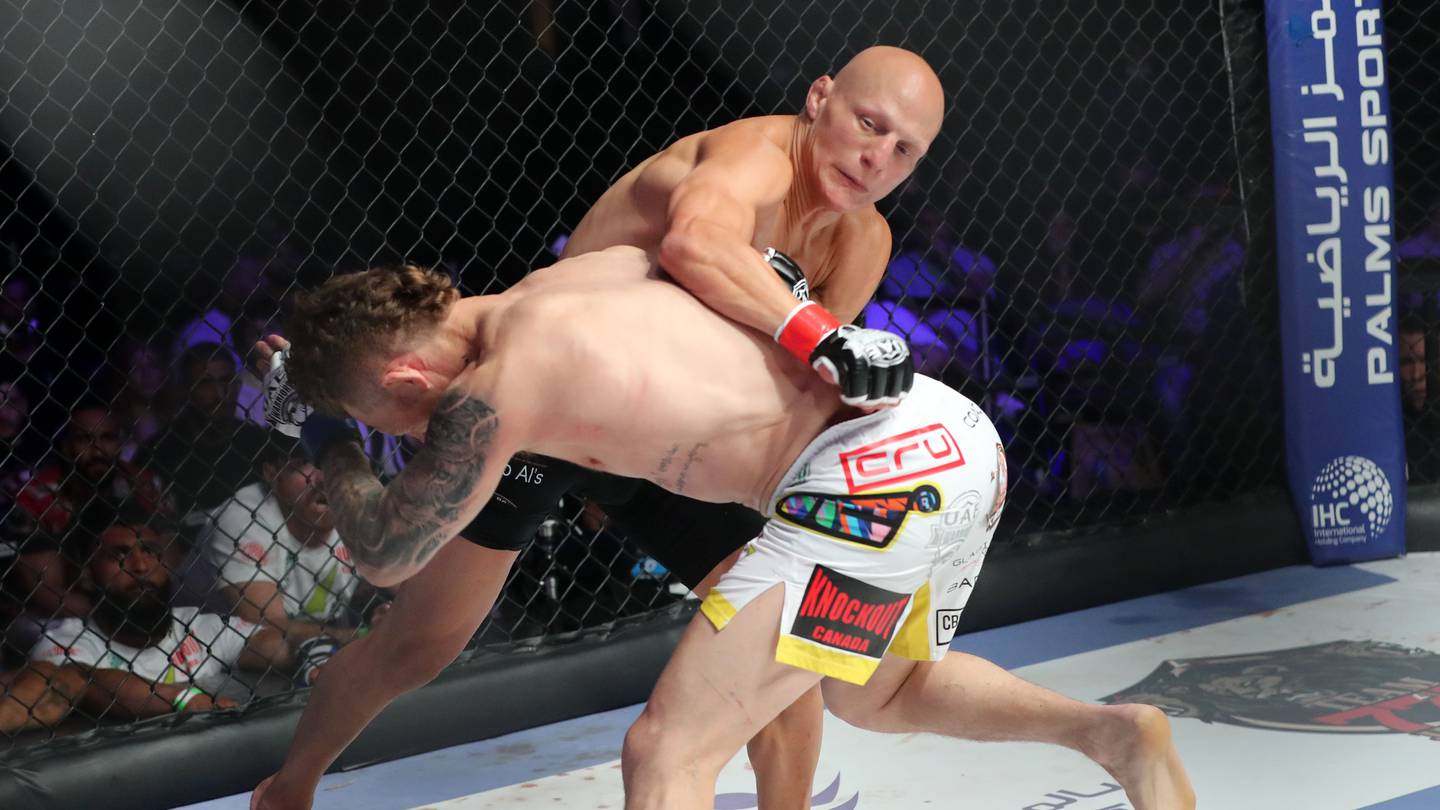 The Canadian took the belt when he opened a deep cut above Al Qaisi’s left eye with an elbow before the ring doctor stopped the contest in the second round of their first meeting on July 2nd.

Al Qaisi’s appeal to continue has been turned down and the two are now set to face off in what is being billed as the promotion’s biggest match ever at the Etihad Arena on Yas Island.

Arnett, 38, thinks it’s too soon for the challenger to return and is confident he will stop Al Qaisi again in the same way.

“I will go for this cut, 100%. There is a good chance that it will reopen in the first round, ”he said. The National during the pre-fight conference at Palm Sports headquarters.

“It’s too early for him to come back. His artery was severed. There were 13 stitches. It’s a fight and it’s not going to stop me from working on this cut.

“I’m going to put myself above him and finish him off and leave no room for debate to prove who the champion is.”

“Nobody wants to lose a world title fight like that,” he said. “The doctor and the referee gave judgment, and I couldn’t do anything about it.

“It was a bad cut. His artery was cut and the blood started to flow. A few more punches in that area could have done more damage to him, and he wouldn’t have lasted, that was for sure.

“Ali is probably the most talented fighter I’ve ever fought. He’s super tough, he shows up in phenomenal shape, he believes in himself and he inspires me more than me. But that belt is mine, and I will still finish it.

Arnett insisted he returned in much better shape and more mentally prepared for the rematch.

“It’s a world championship and I had a much better training camp,” he said. “I feel a lot lighter but the weight reduction shouldn’t be a problem. It’s the biggest fight of my life and I’m ready to rock and roll.

Al Qaisi, 32, still feels the title was stolen from him following the stoppage doctor’s decision.

It was one of the few times the Jordanian had time to set up a proper camp for the UAE Warriors and felt that much of that effort was wasted.

“I think it’s the biggest fight of my career, but it got very personal because I still feel like the title was stolen from me,” he said.

“This time it’s going to be a different fight. I’m going to hit him as hard as I can in the first round. Jesse still hasn’t felt Ali’s power or strength. I don’t want to end this fight too soon. I really want to punish him and hurt him, and make him suffer.

Fouad Darwish, CEO of Palms Sports, likened the rematch to a Khabib-McGregor contest on a lower level.

“The UAE Warriors featherweight title rematch is highly anticipated and we expect it to live up to the hype it has created,” he said.

“We view it as a Khabib-McGregor fight on a smaller stage. We’re pretty happy with how the UAE Warriors have progressed as an MMA promotion as we run our 33rd fight card in three years.

Ahead of Saturday’s international event, there’s also a 10-fight card for the locals. And before that, on Friday, the UAE Warriors Africa-3, highlighted by the light heavyweight title between Kevin Oumar of Comoros and Angolan Emilio Quissua.