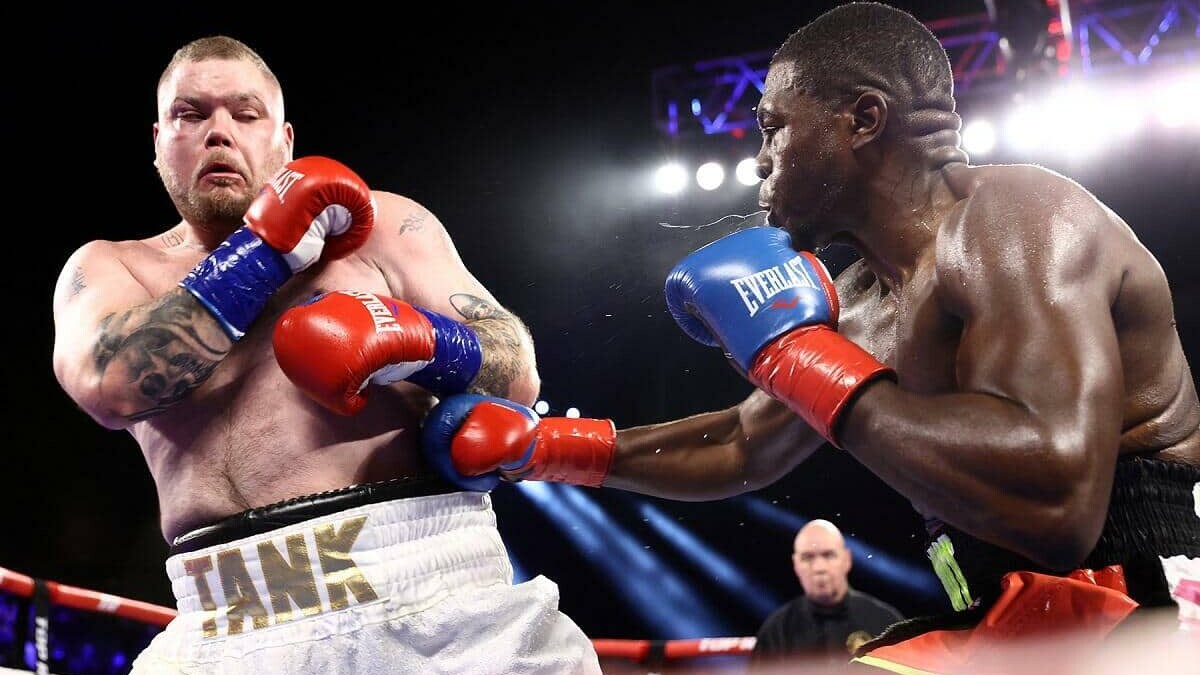 Philadelphia heavyweight Joey Dawejko (22-10-4, 13 KOs) will look for back-to-back wins when he takes on Terrell Jamal Woods (28-53-9, 20 KOs) of Forrest City, AR in a heavyweight contest in six rounds at Parx Casino® on Friday, October 7.

Dawejko has had many ups and downs in his career, but is coming off his last fight at Parx Casino (September 1) by fourth-round knockout.

Dawejko started out as a highly touted amateur, winning the 2008 AIBA Youth World Championship. After that, he turned professional at the age of nineteen. Dawejko started with eight straight wins before suffering his first loss.

He would win fifteen of his next eighteen fights before winning a WBC regional title. No matter who Dawejko fights with, he is always dangerous with his two-handed power and high boxing IQ.

Dawejko is in the final nine of his career and after a tough 1-3 streak he wondered how much longer he was going to fight. He started his own roofing business and recently started training again.

He decided to make his return to Parx Casino (September 1) and give him one more run to championships and big fights at heavyweight. What a comeback it was, as Dawejko’s hooks looked great with both hands and he looked rejuvenated. Two thundering left hooks later, and “Fly” Mike Marshall was Dawejko’s latest victim.

Both Woods and Dawejko have misleading loss totals. Dawejko has ten losses, but he fought some notable boxers who were tough opponents. Dawejko has never been shy about taking on tough challenges, but rather takes them on.

The same can be said for Woods, as he faced 38 undefeated opponents. With so many undefeated opponents, Woods is clearly a measuring stick for many prospects ahead. With over ninety fights, he is one of the most experienced heavyweights around. Bringing that experience to the ring will always be valuable no matter who Woods is up against.

These two fighters have never shied away from a challenge, they accept it and it shows their true fighting spirit. This should be a great fight, and you don’t want to miss this pivotal fight in Joey Dawejko’s final run to a heavyweight championship.

D’Angelo Fuentes (7-1, 4 KOs) of Coconut Creek, FL, will make his second appearance in the Philadelphia area. In his last fight in Philadelphia (February 24), he looked great in a unanimous decision victory. Fuentes recently participated in the Teofimo Lopez vs. Pedro Campa undercard in Las Vegas (August 13). Fuentes will fight Kevin Ford (4-0, 4 KOs) of St. Louis, MO in a six-round featherweight bout.

Daiyaan Butt (11-2, 5 KOs) of Philadelphia, PA, will make a quick turnaround as he comes off a win at Parx Casino® (Sept. 1). Butt will be looking to stay undefeated at Parx Casino® when he competes in a six-round super lightweight bout against Juan de la Cruz Rodriguez (10-16-1, 7 KOs) of Front Royal, VA.

In a four-round super lightweight bout, Hakim Smith (1-3-1) of Philadelphia, PA will take on Boris Nbe (2-1) of Harrisburg, PA.