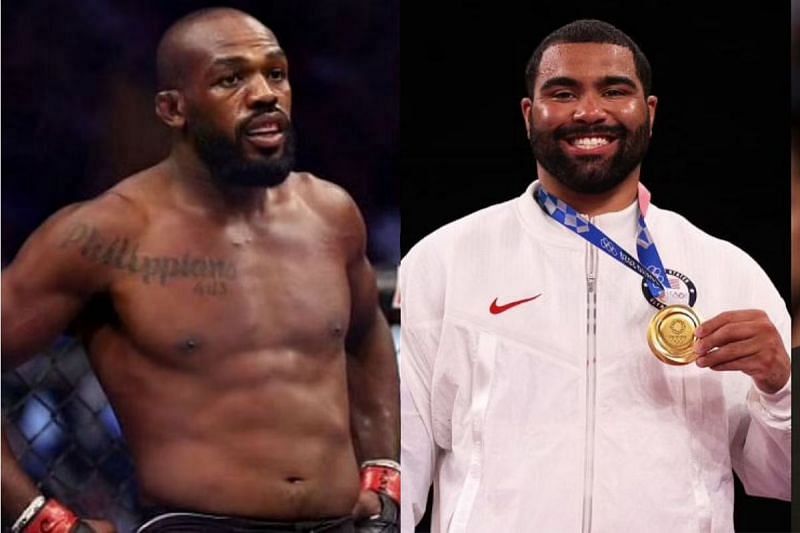 In a recent interaction with the 21-year-old freestyle wrestler on Instagram, Jon Jones invited Steveson to the Jackson Wink MMA Academy in Albuquerque, New Mexico. In response, Steveson quickly accepted the offer to ride with the former UFC champion at his renowned gym.

“@gablesteveson if you’re serious about MMA I hope you decide to practice here in Albuquerque,” ​​Jon Jones wrote.

“@jonnybones is sending me a message. I want to get off and roll,” Gable Steveson replied.

What’s next for Gable Steveson?

After conquering the bar in freestyle wrestling, Steveson next wants to dip his toes into MMA. University of Minnesota varsity wrestler recently sent UFC President Dana White a hand emoji via Twitter:

He told MMA Fighting that he wanted to claim the nickname “the baddest man on the planet”, alluding to the UFC heavyweight division, currently led by Cameroonian Francis Ngannou.

“Who wouldn’t want to own that UFC championship belt? I hold the gold medal and I’m the baddest wrestler on the planet. Why wouldn’t I want to go out there and be the baddest UFC heavyweight champion?”

Gable Steveson’s MMA business relies heavily on the monetary compensation the UFC will offer the 21-year-old. The gold medalist is also said to be in talks with WWE about a possible move into professional wrestling. He is also looking forward to competing in the Paris Olympics in 2024.

“There are a lot of places to go, I don’t know what the next step is for me. WWE, UFC, football, go back to school, who knows? But in the end, the best decision will be with my family and who knows when it may happen. “

The wrestling ace is soon awaiting an appeal from UFC President Dana White regarding contract negotiations.

“I sent this tweet to Dana. I’m sure he saw it, I’m sure someone in his office caught it. But like I said, all options will be open.

Do you think Gable Steveson will shine in the bright lights of the Octagon, or will the wrestling prodigy move on to pro wrestling? Sound off in the comments!