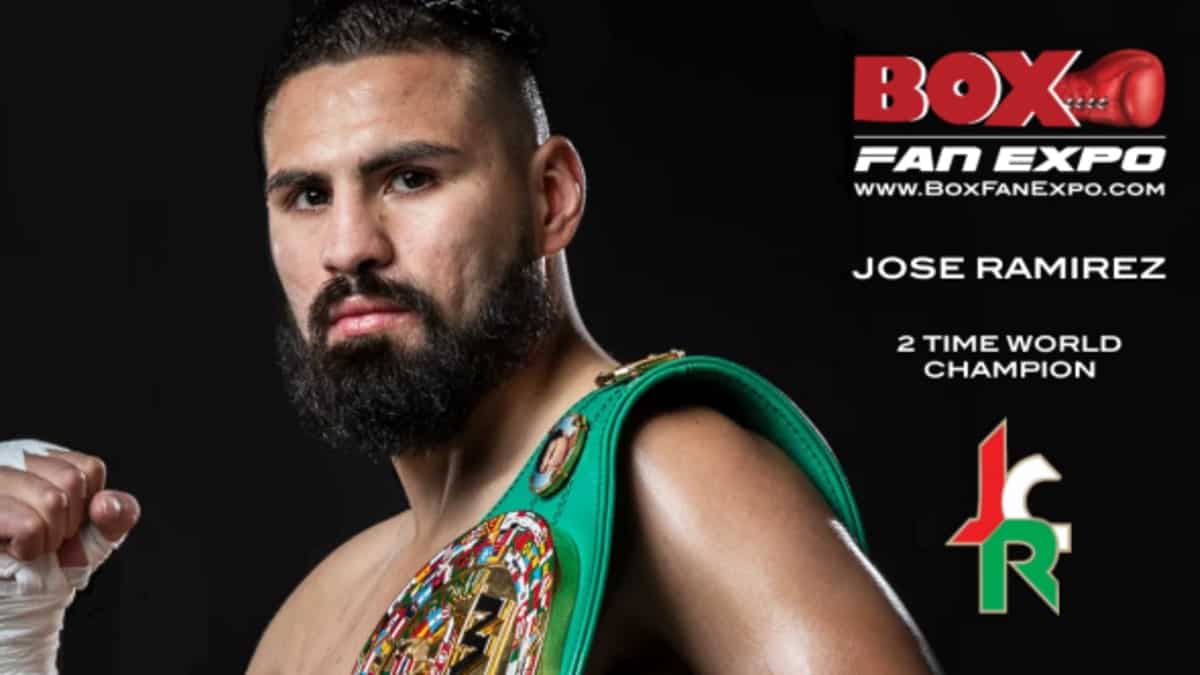 Two-time world champion Jose Ramírez has confirmed that he will be attending the sixth annual Box Fan Expo on Saturday, September 17, 2022 at the Las Vegas Convention Center from 10 a.m. to 5 p.m.

The Expo will also coincide with the mega trilogy between Canelo Alvarez and Gennady Golovkin, which will take place later in the evening at the T-Mobile Arena.

Ramírez will host a meet and greet with his fans at his booth during Mexico’s Independence Day weekend fan event.

Centered in the longtime home of boxing – Las Vegas – this year’s Expo is a must for fight fans who come for this legendary weekend, with dozens of professional fighters, promoters and companies involved in the boxing industry. The Expo is the largest and only Boxing Fan Expo held in the United States. http://boxfanexpo.com – @BoxFanExpo

Tickets for the Box Fan Expo are available on Eventbrite.

Ramírez will make his first appearance at this year’s Expo and will be signing gloves, photos, personal items and also offering merchandise for sale for fans to enjoy. Boxing fans will also have the opportunity to take pictures with this friendly boxing star.

Ramírez is a Mexican American professional boxer. He is a former unified light-welterweight champion, having held the WBC title from 2018 to May 2021 and the WBO title from 2019 to May 2021. As an amateur, he was the number one WBC lightweight in the United States and represented the United States. at the 2012 Olympics. In June 2020, Ramirez was ranked the second best active light welterweight in the world by The Ring Magazine. Some of Ramirez’s most notable fights have come against Amir Imam, Maurice Hooker, Viktor Postal, Josh Taylor and Jose Pedraza. He is currently set to fight for the Vacant WBC Super Lightweight Championship next against Jose Zepeda in a highly anticipated rematch, which Ramirez won on February 10, 2019.

I’m ready to die in the octagon if need be