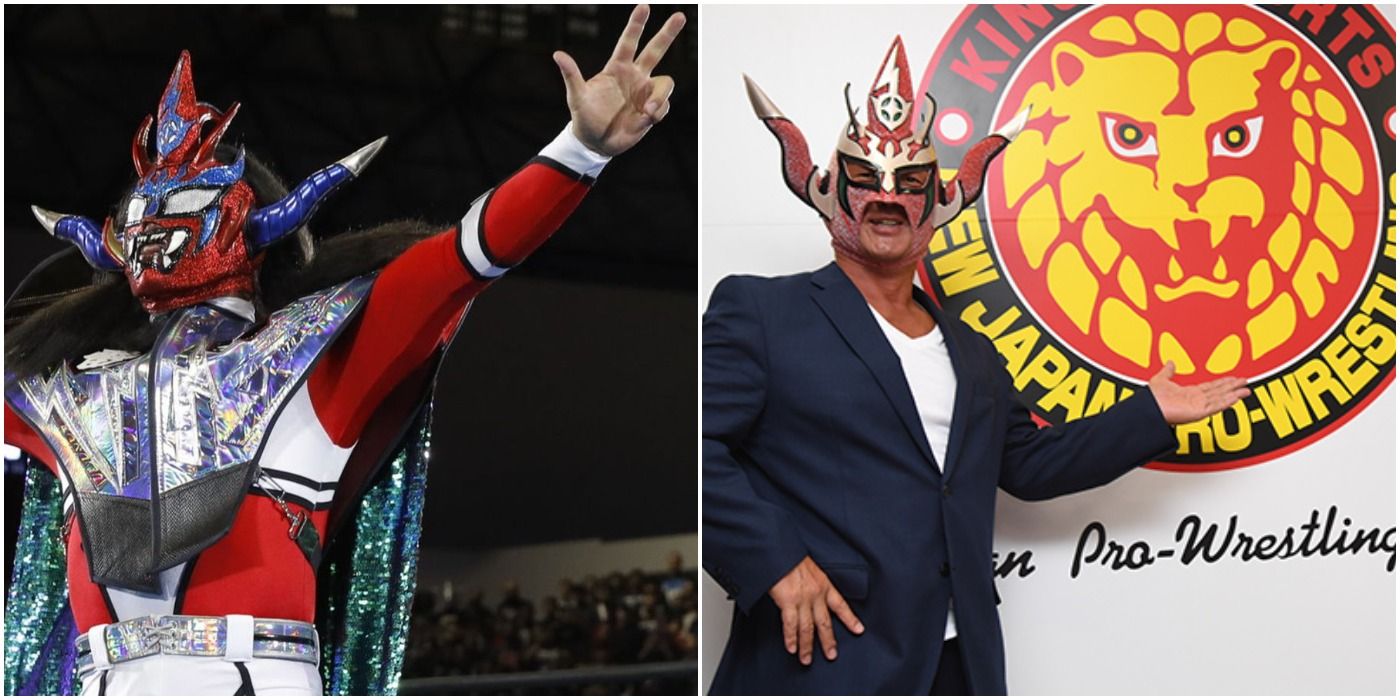 It would diminish how excellent Jushin Liger was to say that his success was based on the character’s ageless nature, wearing a full body suit and a mask always made Liger feel timeless and ageless, his retirement, just like that of the Undertaker, is a sad reminder that time is indeed catching up with us all. Keiichi Yamada transcended professional wrestling, and the Liger gimmick rose to more fame than the anime it was based on. The level of respect and admiration for Liger within the wrestling industry is fully deserved and his recent induction into the WWE Hall of Fame echoes this, becoming only the third Japanese wrestler to be inducted (behind Antonio Inoki and Tatsumi Fujinami). What one can easily forget is how exceptional Liger was in the ring, his gadget combined with his in-ring prowess really made Liger one of the greatest of all time.

Liger was more influential than Tiger Mask or any junior heavyweight

Looking at the pantheon of outstanding junior heavyweight wrestlers, most wrestling fans would point to the trio Tiger Mask, Dynamite Kid and Kuniaki Kobayashi as the ancestors of the junior style. Their games in the early 1980s were special, fans had never seen anything like the New Japan Junior Division before and they responded with so much awe and enthusiasm. While the quality of the match was clearly unmatched, there was nothing to compare, it alone was a mercurial display of three of the greats working their magic. The Liger generation had the impossible task of trying to outdo their predecessors, and with Tiger Mask leaving NJPW in 1983, Dynamite Kid drastically changing his physique and working for WWE, and Kobayashi quickly moving up to the heavyweight division in 1990, Liger and his cohorts would need to do it on their own. The real success of the Liger gimmick is the way every junior after him has imitated his style in one way or another, apart from Lou Thesz, Rikidozan and Gorgeous George, no one can claim to have had such a profound impact on the professional wrestling.

Keiichi Yamada would become Jushin Liger in 1989 and beat Kobayashi in his very first game as a character, he quickly became the mainstay of the Junior Division and would become a constant force on the IWGP Junior Heavyweight Championship stage. With Shiro Koshinaka, Naoki Sano, Koji Kanemoto and a host of foreign talent, the juniors have become even more popular than the heavyweight division. Liger’s success can be summed up as the unsuccessful attempt to create an evil version of the character in 1997 Chris Jericho was tasked with being Super Liger, he had a match working the gimmick and he failed completely. Jericho was a super worker in the 90s, but even he couldn’t come close to Liger magic in the 90s.

Liger’s impact was felt in America as well and especially with his brief feud in the early 90s with Brian Pillman in WCW, for fans who missed the Tiger Mask / Dynamite Kid matches in the early 80s, the Pillman / Liger matches brought the Light Heavyweight style to the mainstream of wrestling. This Light Heavyweight style would evolve into the Cruiserweight style which incorporated many different styles, from luchador to puroresu. However, Liger’s distinctive style persisted and many wrestlers still use some of his most famous moves today. Perhaps the most famous is the Shooting Star Press, which may be one of the most dazzling movements in professional wrestling. At the age of 50, Liger made his WWE debut against Tyler Breeze for an NXT show. The match was excellent but what is even more surprising is that WWE asked Liger to be a part of the show, once again demonstrating that even in his twilight years, Liger was seen as a major asset to WWE.

RELATED: A Look Back at Brock Lesnar’s Brief Time at NJPW

There will never be another like Jushin ‘Thunder’ Liger, a man who had a brain tumor in 1996 and was told he would never wrestle again, who then continued to wrestle until 2020. He not only popularized Junior Heavyweight wrestling, but he got what it was and became the hottest act in Japanese wrestling in the early ’90s. His matches against Big Sasuke demonstrate his exceptional abilities as well as professional instincts that most wrestlers can only dream of having. The gimmick can never be replicated because the man behind the mask was, and still is, irreplaceable.

10 obscure wrestling matches that fans had no idea about

The landscape of professional wrestling is vast, so it is easy for some fights to go unnoticed. Fans have no idea these obscure matches even took place.

Joe is a doctoral student who enjoys different types of wrestling, with a special emphasis on the history of wrestling and Japanese puroresu.