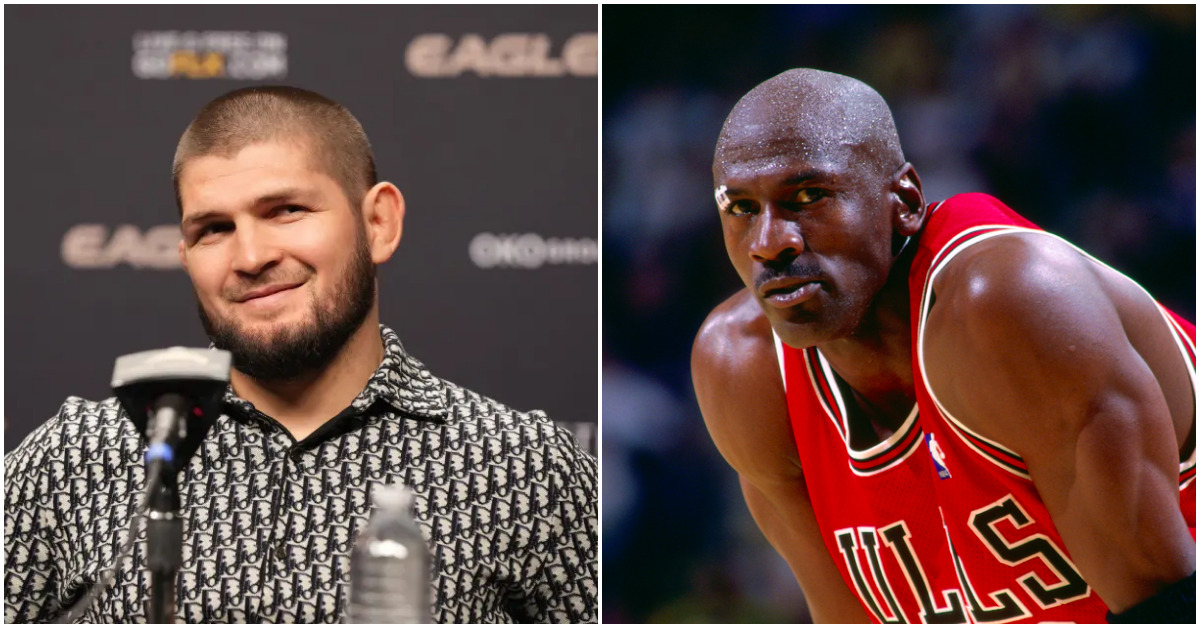 A video surfaced online of what appeared to be the two balancing some sort of bargain and ultimately the deal appeared to involve Khabib giving Menery three sheep in return for the opportunity to meet Michael Jordan.

“Three sheep. If you meet me and Michael Jordan, I’ll give you three sheep.

Much like Khabib did with mixed martial arts in the 2010s, Jordan earned a reputation as the greatest in his respective sport in the 80s and 90s.

A notable supporter of other great athletes like Mike Tyson and Cristiano Ronaldo, Khabib has long expressed a desire to get to know Jordan if given the chance.

Since taking over the Gorilla Fighting Championships and renaming itself Eagle FC, Khabib has enjoyed early success running his own ship.

The promotion just wrapped up with its first event in the United States and it received positive reviews. The fight card featured names like Rashad Evans and Tyrone Spong, just a few recent signings that could help establish Eagle as a major player in the promotional landscape.

Eagle FC has also recruited former UFC stars Kevin Lee and Diego Sanchez to headline their new 165-pound division. The two will face off for the inaugural division title fight when the promotion returns to Miami on March 11.

Do you think Khabib Nurmagomedov can make Eagle FC a real threat to the UFC or Bellator?