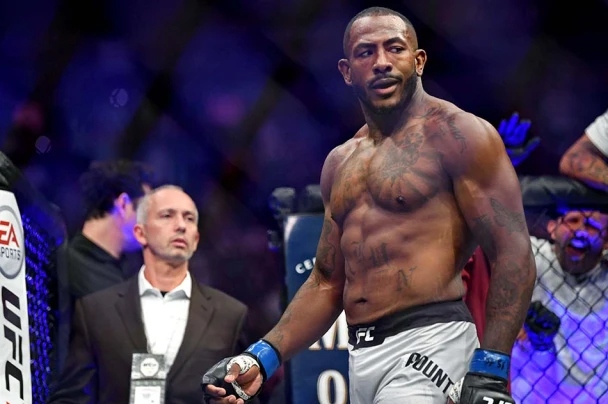 The Ultimate Fighting Championship returns to us tonight, October 29, 2022, for UFC Vegas 63, headlined by a featherweight clash between no. 5 ranked Calvin Kattar (23-6) and no. 6 ranked Arnold Allen (18-1).

The main card opener tonight was a light heavyweight bout between Dustin Jacoby (18-5-1) and Khalil Rountree (10-5).

Jacoby had gone 8-0-1 since returning to competitive MMA (6-0-1 UFC) following his 18-fight tenure in pro kickboxing, while Rountree entered the fight on a two-fight knockout streak. himself.

One is a professional kickboxer (Jacoby) who has twice fought world champions Simon Marcus, Alex Pereira, among others, and the other (Rountree) is in Thailand working on his Muay Thai for his camps since 2019.

Keep reading to see how this 205-pound encounter unfolded:

Rountree opens the fight very aggressively, bringing Jacoby down and throwing heavy punches. Jacoby is however able to telegraph most of them, only letting a few pass.

Jacoby, being the tech on the feet that he is, begins to separate Rountree, landing some nice punches to the head and body, as well as leg kicks and kicks to the middle.

Rountree begins to fade and Jacoby begins to beat him to the punch on every rally. He’s able to find some success with a few leg kicks and a big left hook a little later in the second, but he’s replenished throughout this fight.

Rountree has his best round in the final five minutes, as he is able to land plenty of hard left hands, and even a number of knees to Jacoby’s body and head. He really made it, even though it seemed like it was a bit too late, and Jacoby always got ahead of him in every individual lap.

It was a very controversial decision, Dustin Jacoby deserved to win this fight.

Nonetheless, Khalil Rountree improves his winning streak to three in a row inside the octagon at UFC Vegas 63.

I became a combat sports fan at the age of 12. I was scrolling through the channels and landed on versus, where the WEC was televised. Urijah Faber fought Jens Pulver for the second time that night. It was the first fight I saw, and the fight that got me hooked on the sport. Since then the sport has grown so rapidly, and my goal is to enlighten everyone on what is happening in the sport today.