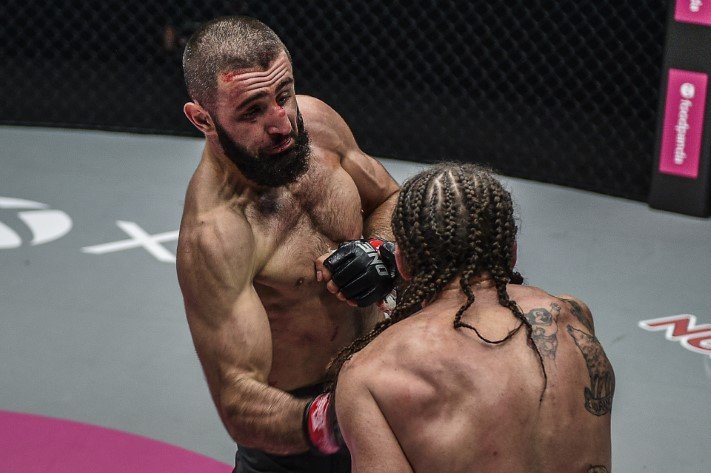 Kiamrian Abbasov misses weight, stripped of welterweight title ahead of ONE on Prime Video 4

Only Christian Lee will be eligible to win the ONE Welterweight Championship this weekend at ONE on Prime Video 4.

During a hectic morning at the scales, ten fighters reportedly failed their hydration tests and/or weigh-ins for the event, which was scheduled to take place at the Singapore Indoor Stadium on Saturday morning (locally) and aired hourly. prime time in the United States on Friday night on Amazon’s Prime Video platform.

The most shocking miss, however, was welterweight champion Kiamrian Abbasov, who weighed in at 186.5 pounds – one and a half pounds over championship weight (note: ONE uses a modified weight class system, making 185 the acceptable weight for “welterweight”).

The South China Morning Post was among the first to break the news. Abbasov (23-5) took two hits on his hydration test, passing the second attempt. But for lack of weight, he lost the title on the scales.

Abbasov is the latest in a string of fighters to have their titles stripped over the past year. Charles Oliveira lost his title in May ahead of UFC 274 after going heavy, though the culprit was believed to be a backstage scale that was inadvertently tampered with by fighters checking their weight.

More recently, fellow ONE Championship fighter, John Lineker, had his title stripped to come heavy. The bantamweight title remains vacant after Lineker’s fight with Fabricio Andrade ended in a No Contest due to an accidental foul.

Ahead of ONE on Prime Video 4, Kim Jae Woong, Vladimir Kuzmin, Juan Cervantes and Muay Thai star Rodtang all initially missed weight, with all four gaining weight on their second attempt. Hydration was another matter, with Bibiano Fernandes, Stephan Loman and Jonathan Haggerty all failing twice. Several other fighters failed hydration tests on their first attempt, but were successful on subsequent attempts.