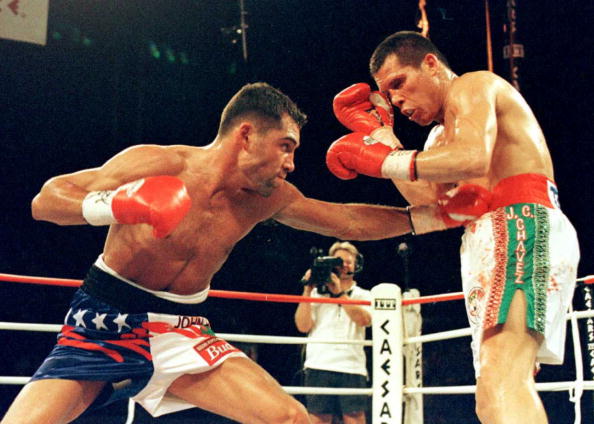 The day before, the 65th San Francisco Film Festival announced its lineup of films that will debut in April, including a film about two other icons of the Mexican community.

“Civil war” (translates to Civil War) focuses on the boxing rivalry between Mexican Julio César Chávez and Mexican-American Oscar De La Hoya during their two bouts in the 1990s.

The film also focuses on the cultural divide of the Mexican people: the native of his country of origin, Chavez, against De La Hoya, raised in the east of Los Angeles, according to the SF Film Festival. website.

Two icons of the Mexican and Mexican-American community met in the ring on June 7, 1996.

Chavez was the oldest fighter at 33 but entered the fight with an outstanding record of 96-1-1, according to Boxstat.

He beat the former Chavez via round 4 technical knockout to win the WBC super lightweight championship, according to DAZNwhich is the broadcast partner of De La Hoya’s Golden Boy Promotions.

De La Hoya may have won both fights, but not necessarily the hearts of the Mexican people.

Mexican fans have sided with Chavez

“La Guerra Civil” delves into the split within the Mexican fanbase they were cheering on.

The favorite among Mexicans was Chavez who was born and raised in Mexico.

During promotion for the fight, De La Hoya would get booed by hardcore Mexican fans, according to Launderer’s report.

The Divide – Mexican fans viewed Chavez as their true national hero while those who identified as second-generation Mexican-Americans or Chicanos leaned more in support of De La Hoya.

The film will be available on the sports streaming platform DAZN somewhere in 2022 – with no release date set. As of March 30, “La Guerra Civil” is not yet available on DAZN.

The Associated Press contributed to this article.