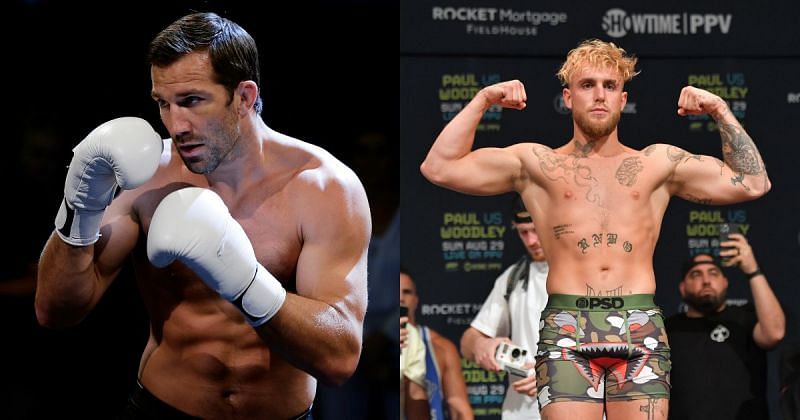 Since defeating Tyron Woodley by split decision, Jake Paul has won praise from several MMA fighters. Luke Rockhold has now joined the bandwagon. But despite the respect of Jake Paul, he does not have the same vision of the sport of boxing.

“Jake Paul is tough! He’s not a professional boxer but he’s a tough kid. He’s shown he can resist, take punches and keep going. He’s a decent boxer. Boxing doesn’t fight , we all have to identify him. You put gloves on two guys and they scale down their version of fighting skills to outdo each other. Boxing is a performance, it’s a simplified version of fighting. Him (Paul) is not a real fighter. If he wants a real fight, he can come into the game with four ounce gloves on and we can do business. But he doesn’t, “said Luke Rockhold.

What future for Luke Rockhold in the UFC?

Rockhold will enter the Octagon for the first time in over two years at UFC 268. The event takes place on November 6 at Madison Square Garden in New York City.

The former middleweight champion will take on No.8-ranked Sean Strickland on the main a la carte card.

UFC 268 will be titled by Kamaru Usman against Colby Covington 2 for the welterweight championship. A rematch for the women’s strawweight title between Rose Namajunas and Zhang Weili will serve as the main co-event.

Luke Rockhold will face Sean Strickland in a middleweight fight at UFC 268 on November 6, sources confirmed to @bokamotoESPN after a first report from Aaron Bronsteter.

Rockhold has not fought since his loss to Jan Blachowicz in July 2019. pic.twitter.com/AG2vTXyp2e

Rockhold last fought current light heavyweight champion Jan Blachowicz in 2019. He lost the fight, which took place at UFC 239, to a knockout. It was his only fight in the 205-pound division so far in his MMA career.

Overall, Rockhold has three losses in four fights since winning the middleweight belt from Chris Weidman at UFC 194 in December 2015. He holds a 16-5 win-loss record.

Fan of Khabib Nurmagomedov? It’s the site you look for!