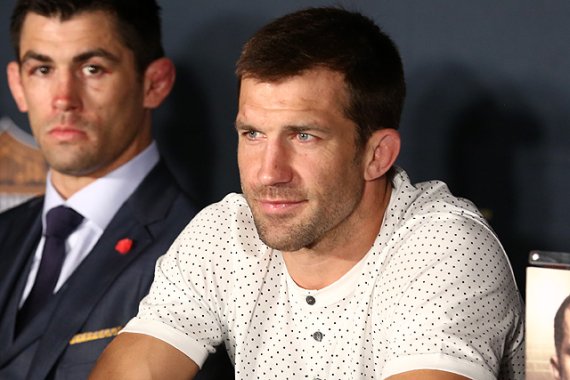 Luke Rockhold’s comeback fight will have to wait.

The former middleweight champion announced on his Instagram story on Monday that a herniated disc in his back had forced him to withdraw from a proposed clash with Sean Strickland at UFC 268.

â€œThere’s no easy way to really say it, but the fight is on in New York City,â€ Rockhold said. â€œI ended up with a herniated disc in my back. L4, L5. The docs say I can’t play with anything. I need to do some processing and some recovery time. Some things just aren’t meant to be. New York, mother of a family in New York. I’m sorry for friends and pals and everyone, but we will be back. Till next time.”

Rockhold has not competed since a second-round knockout loss to Jan Blachowicz in a light heavyweight bout at UFC 239 in July 2019. He planned to return to 185 pounds for his clash against Strickland in the Madison Square Garden in New York City on November 11. 6. It is not clear at this time whether Strickland will remain on the map against a replacement opponent. UFC 268 is titled with a welterweight championship rematch between Kamaru Usman and Colby Covington.

Rockhold, who is also a former Strikeforce title holder, has lost three of his last four UFC appearances dating back to June 2016.

Brandon Moreno vs. Deiveson Figueiredo 3 moved to UFC 270 on January 22