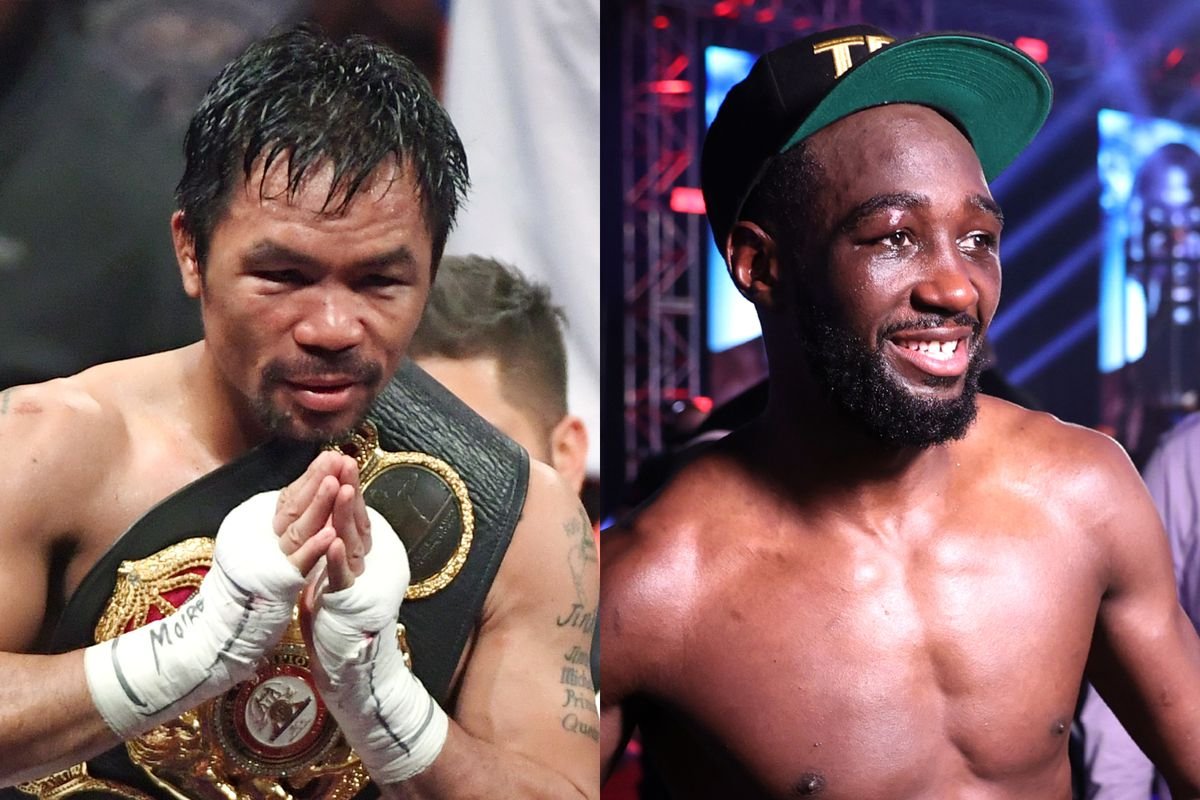 The athletes initially fought for a unification battle for the IBF and WBC titles. Later, the Ring Magazine welterweight championship was also up for grabs, vacant since 2015.

This came as a surprise to the fans as the title is usually put on the line between the two main contenders for the division. The Ring Magazine acknowledged that this decision is in line with their policies.

The move came due to a failed match between Terence Crawford, currently ranked second in the division, and Errol Spence Jr.

When asked if he would fight Terence Crawford, since he doesn’t want to fight Errol Spence Jr, Pacquiao laughed and replied “one at a time”.

Ahead of his August 21 fight, Manny Pacquiao now intends to eliminate the current two main contenders from the welterweight division. Pacquiao has confirmed that he wants to face Terence Crawford after dethroning Spence.

In another interview, the only eight-division boxing champion made it clear that he would be interested in fighting Crawford as even he is undefeated like Spence.

“I thought a fight with Crawford would be just as good since he’s also undefeated,Manny Pacquiao said.

Terence Crawford last fought and won against Kell Brook in November 2020. Contestant # 2 has announced that he is now continuing a fight against Manny Pacquiao. He said his team were trying to close negotiations for this fight before reserving Kell Brook.

However, the negotiations were not successful due to the spread of the Covid-19. Crawford added after defeating Brook in 2020 that he will then try to lock down a fight with Manny Pacquiao.

“I’m looking to secure a fight against Pacquiao, you know. We were on the verge of shutting down Pacquiao’s fight prior to this fight, but given that Covid you know was getting out of hand, fans were unable to witness the fight.

“So now we go back to the drawing board and try to revisit the fight with Manny Pacquiao”, Terence Crawford said.

Bob Arum has suggested that Errol Spence Jr is an easy win for Terence Crawford. A clash between the contenders for Divisions # 1 and # 2 seems unlikely at this time.

However, Crawford’s return fight would largely depend on the outcome of the August 21 fight. If Pacquiao beats Spence, the next natural step for him would be to fight the No.2 contestant. Who do you want Manny Pacquiao to fight next?