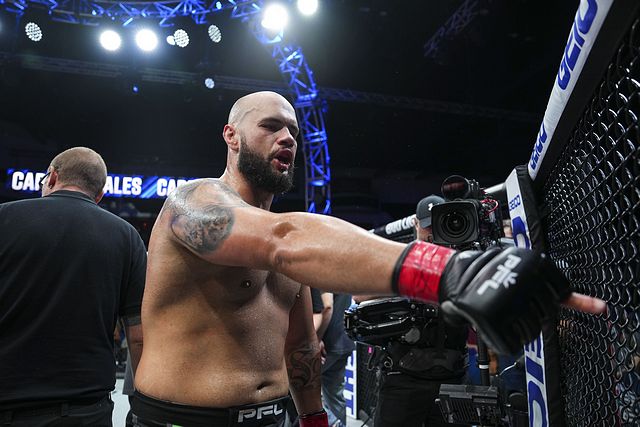 Matheus Scheffel hopes to show off a new, improved version of himself at the 2022 Professional Fighters League Finals. Scheffel will lock horns with Ante Delija in a heavyweight championship affair on Nov. 25. It will be the second time the pair have collided after their first meeting in April, when Delija stopped her opponent with punches in the second frame. After that clash, Scheffel bounced back with an upset victory over 2021 PFL champion Bruno Cappelozza before crushing Juan Adams and securing his ticket to the final. When asked what was going to be different from the first time he met Delija, Scheffel replied that he had made some adjustments since that April fight.

“Everything is going to be different. Ante was the first real heavyweight fight of my life. I was moving through the fight like I was a light heavyweight, looking for a single punch, but it didn’t work. I lost my fight in the Contender Series last year, then I lost my first fight here in PFL. I needed to make changes in my side because if I lose something and keep doing the same things, I can’t have a different outcome. I changed some trainers, my stand up sparring trainer and my strength and conditioning trainer. I changed some things. In my fight against Bruno, I think I proved to everyone that the changes I made worked. I proved that I deserved it there. I will have the chance to take my revenge against Ante. He’s a nice guy, but this time it will be totally different. I’m a new guy, a new fighter. I’m a new heavyweight fighter and I’m totally different.