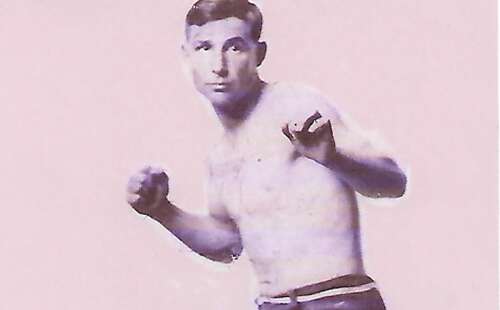 Sid “Kid” Belt bought a truck with his combat earnings and started the business later known as Belt Salvage Co. 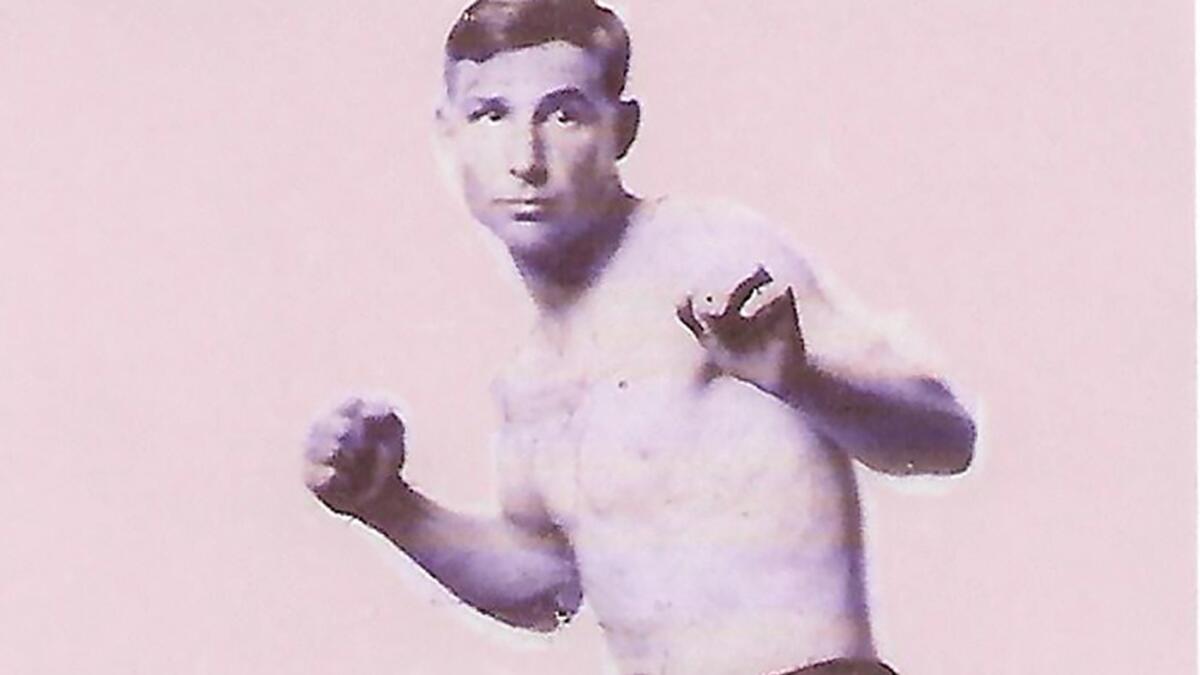 There seems to be a dilemma when it comes to proving who was the first belt to come to Montezuma County. Some of our family believe it was my grandfather, William George Belt, who was prospecting in the La Plata mountains north and east of Mancos. Others think it was my uncle Sid Belt, when he fought in the mountain towns of Silverton, Durango, Cortez, Telluride, Dolores, Lake City and CaÃ±on City.

I think it was Sid. The Belt family came here from Republic, Washington, where my grandfather William had a gold mine. The year would have been 1917-1918. Sid was then 18 and was boxing. He could have made a good living from boxing, and it could be that the family is just following the money.

My father, Richard Vance Belt, was the only one of 10 Belt children born in Cortez. He was born in 1919, the last of the children. Sid was the third child, born in 1900. There were eight boys, Courtney, Jess, Sid, Kenneth, Willard, Paul, Phil and Richard; and two daughters, Lauretta and Alice. They all lived in Cortez from time to time, but most moved away. Uncle Court worked his entire life in the famous Bunker Hill mine in Kellog, Idaho. Sid, called “Kid Belt,” canned many years and started the scrap metal business in Cortez in 1930. The rest settled in various parts of the country – some serving during World War II. My father, Richard, worked in the Civilian Conservation Corps camps around Cortez in the late 1930s at Summit Lake, Jackson Gulch Reservoir, and most notably, Mesa Verde National Park. In 1941, he enlisted in the United States Army and served in World War II in Australia, the Philippines, Luzon, and Mendanau as a communications soldier.

When he retired from the United States Army in 1945 at Fort Lewis, Washington, he stopped on his way home to visit his sister, Lauretta. There he met my mother, Alice Brown, married her, and accepted a position in communications with the General Telephone Co. in Washington State. I was born two years later and my sister, Sandra, was born the following year.

Sid “Kid” Belt hauled fruit and melons from Arizona to Cortez, traded them, and brought the junk back to Phoenix. He had bought the truck with his earnings as a boxer. 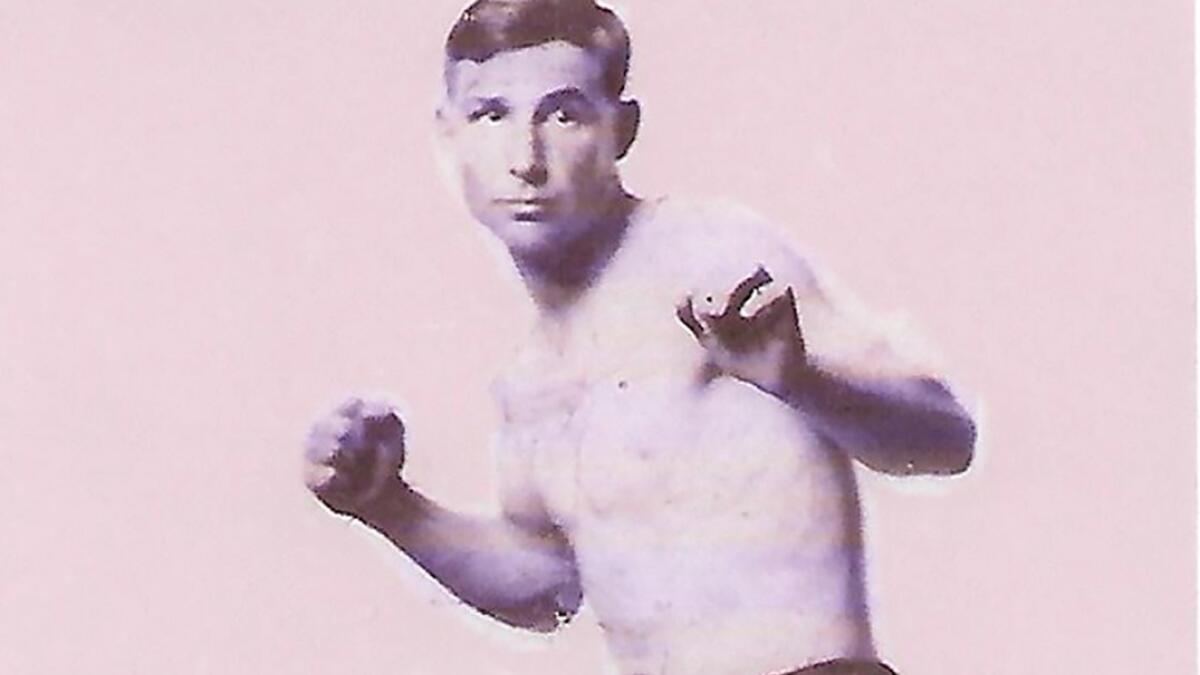 Sid was an excellent boxer and won almost all of his matches. Sid has boxed a guy named Joe “Awful” Coffee five times and won three. They were longtime friends and Joe Coffee, from Pueblo, is in the Colorado Sports Hall of Fame.

In the late 1920s, Sid was training in Los Angeles with his friend Jack Dempsey for the U.S. welterweight championship when his wife, Bessie, died suddenly after Betty was born. Sid then returned home to Cortez to take care of his family, and not much boxing happened. His scrap metal career then began, trading fruits / oranges, grapefruits, melons, etc., for valuables. No one had much money in the 1930s, so he traded in for old car batteries, radiators, junk, copper and brass. Sid transported the fruits and melons from Arizona to Cortez, traded them, and brought the junk back to Phoenix. He had bought the truck with his earnings as a boxer.

Scrap metal pickups were common after the war began, and Cortez was no exception.

Sid and Millie had four children – Bobby, Eddie, Karalee and Tom. Bob became a teacher and administrator in Colorado Springs and now lives in Arizona. Eddie became an electrical engineer, worked in Silicon Valley, California, and now lives outside of Durango.

Karalee was a housewife, worked in the oil business and now lives in Phoenix. Tommy became an Episcopalian priest, served in Holbrook, Arizona, a township in Atlanta, Georgia, and Montrose. He now lives in Atlanta.

Sid took on his brother-in-law, Tom Burgess, as a full partner in the business in the late 1940s and in the Belt and Burgess Salvage Co.The 1950s were a good time for the scrap. There was an oil field in Montezuma Creek, Utah, and the uranium boom in and around Moab, Utah.

In the 1960s, Sid was getting older and wanted to work less. He and Tom Burgess sold the business to a Farmington scrapman named Weems in 1965, but soon had to take it over. In 1966, Sid and Tom let Buddy Belt (Sid’s grandson) take over the business. It lasted about a year, until my father, Richard, and Sid’s eldest son, Bill, bought Sid and Tom Burgess from the company. It later became Belt Salvage Co.

Richard, Bill and Buddy Belt worked and ran the business until 1971 when I (Dan Belt) had the opportunity to buy a small part of Richard’s half. I bought a quarter of a half from my father over an eighth of the business.

Bill and Buddy wanted to open a welding shop next to Belt Salvage, but that soon turned out to be too much for Bill when Buddy left.

Bill wanted to leave Belt Salvage, so Richard and Dan bought Bill and started the business with both of us.

Bill had worked in construction, owned a motel with his stepfather, Creighton Rauh, and worked for Empire Electric prior to his Belt Salvage adventure. After selling the scrap metal business, he retired to Sun City, Arizona, and lived his final years with his wife, Armoral.

Irene Belt, Bill’s sister, entered the Navy as a nurse in 1941, met her lifelong companion and husband, Van Somners. They had five children.

Betty Belt lived and married in Sacramento, California, and had two children. Betty and her husband, Bob Barr, returned to Colorado and lived there until Bob died. Betty then returned to Sacramento, where she still lives.

Buddy Belt had two sons, Michael and Doak, and two daughters, Dusty and Dotie. Michael lives in Cortez, and Doak, Dusty, and Dotie live in San Diego, California. Buddy has since passed away.

Richard Belt and Alice lived in Cortez and ran the business with Dan until Richard died in 1979. They had two children, Dan and Sandra. Alice died in 2001. Sandra lives in Cortez and has two daughters, Marci and Ginger. Dan had worked at Belt Salvage for 44 years and still runs the salvage yard with his two excellent sons, Chris and Kelly. Dan is now semi-retired. Chris has three children and Kelly three children. Dan, Chris, Kelly, their wives and children still live in Cortez.

June Head, historian of the Montezuma Historical Society, received the Dan Belt story in July 2013. Dan is deceased and Chris and Kelly now have Belt Salvage. Thanks, Kelly, for giving permission to print this article from your father, Dan.

10 fights not to be missed in July

Dempsey versus. Carpentier – The First Door to a Million Dollars – Boxing News