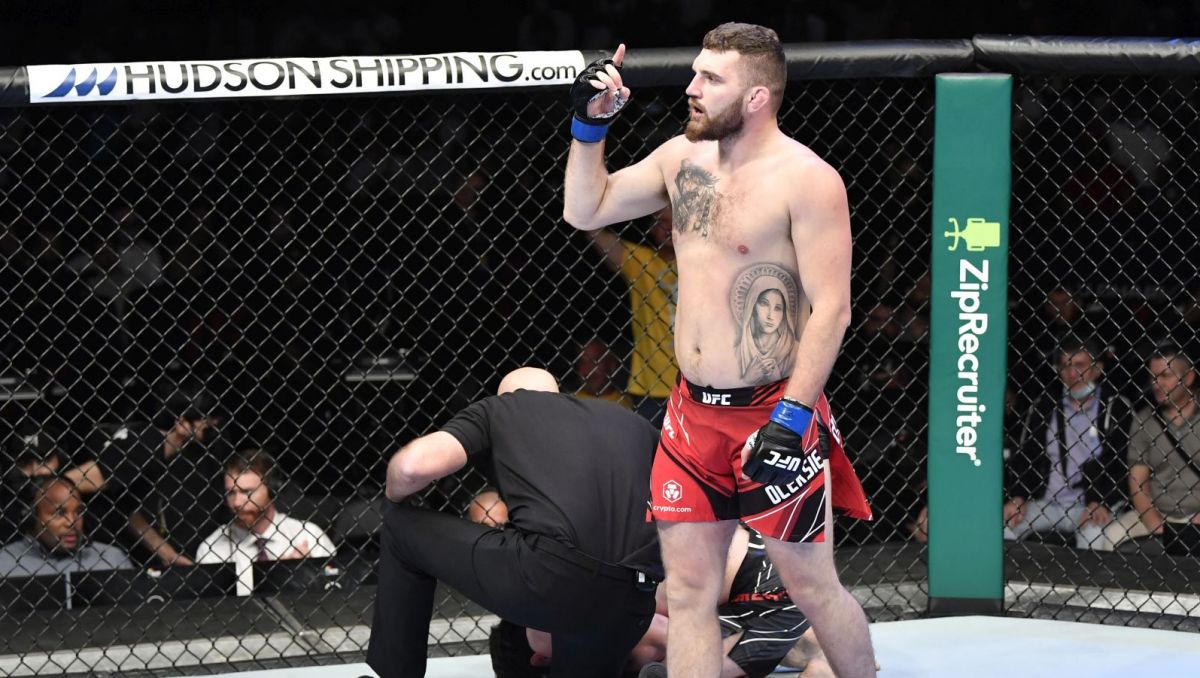 The Ultimate Fighting Championship returns to us tonight, August 6, 2022, for UFC Vegas 59, live from the UFC Apex in Enterprise, Nevada.

The event’s headliner is a pair of light-heavyweight ranked contenders in former title challenger Thiago Santos (#6) and Jamahal Hill (#10), and is co-led by another pair of ranked contenders, this fight coming in the welterweight division between Vicente Luque (#6) and Geoff Neal (#13).

Alvey is tied with former UFC lightweight and welterweight champion BJ Penn for the longest winless streak in promotional history, while Oleksiejzcuk eventually drops to 185 pounds after a relatively successful stint at 205 pounds.

Keep reading to see how this middleweight encounter went down:

Official result: Michal Oleksiejzcuk defeated. Sam Alvey via TKO (punch) at 1:56 of the first round

Oleksiejzcuk comes out for blood immediately once the fight begins, as he walks straight into Alvey’s grill and throws some thick leather. He tries to land an overhand left, which is remarkably quick, as it was at light heavyweight.

The Polish talent switches between that and his cross, but he’s really trying to land that left hand.

Shortly into the fight, Oleksiejzcuk lands a wicked left hand and puts Alvey on the canvas, where he secures a mounted crucifix and reigns over some wicked punches and elbows. Alvey is able to pull himself out of it, however, and gets back to his feet, where he landed shortly after, you guessed it, a left hand.

The referee was forced to stop the action after this, as Alvey was seriously injured.

It was a very one-sided encounter and a true showcase performance for Michal Oleksiejzcuk, who goes 17-5 (12 KOs) as a pro with this victory tonight at UFC Vegas 59. He has always been very undersized for a light-heavy weight. , but his power has carried over well in this division, and he has truly incredible speed.

Mix that with his technical ability, which he really didn’t show tonight, he’s going to be a badass for a lot of opponents in the near future, as Oleksiejzcuk is still only 27 years old.

Now that the prelims are over, where we saw four stunning finishes in four fights, we’re gearing up for the main card where we crown two TUF champions and secure a possible top contender at 205 pounds.

If you liked this piece, do not hesitate to share it on social networks!