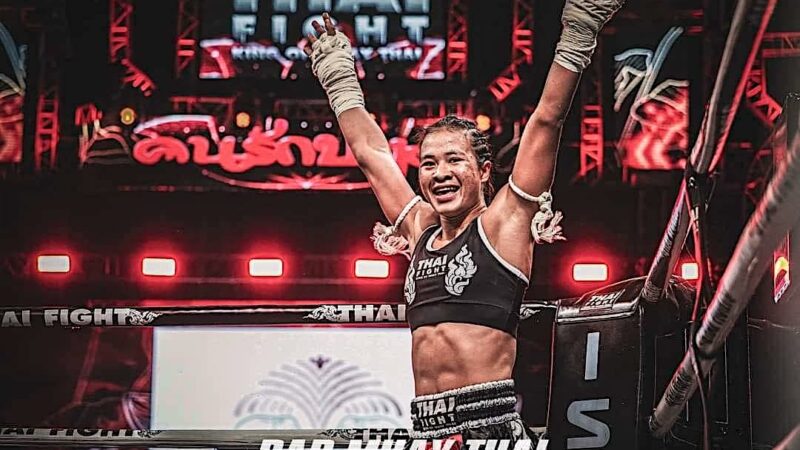 Vero Nika during a Thai fight. Picture of The Irrawaddy

This article originally appeared in The Irrawaddy, an independent news site in Myanmar. This edited version is republished on Global Voices under a content sharing agreement.

Vero Nika, 26, Myanmar’s first Lethwei fighter to win a belt in the sport, beat a Brazilian fighter with 25 wins at a Muay Thai tournament in Bangkok to secure her world No. World Muay Thai Organization. .

The ethnic Kayan boxer won bronze for Myanmar at the Southeast Asian Games in Singapore in 2015.

After the coup in February last year, she left for Thailand, where she began competing in Muay Thai in the 53kg bantamweight class.

Fighting phenom Kayan recently spoke to The Irrawaddy about victory, defeat, his plans and the military takeover.

The Irrawaddy (TI): Tell us about your fights.

Vero Nika (VN): I fought eight Muay Thai fights. I lost the first and won the rest. I have two more fights to fight this year on November 20 and December 24. One is against a Thai fighter.

I was only able to rest five days after each fight because there is usually a match every month. Before, I could rest for two to three months. If I win in November, I will fight in December without interruption.

TI: What difficulties did you encounter when you started competing in Muay Thai?

NV: It’s easier for me now. Previously, I could not follow the style. But things are easier now.

In boxing, you can only use your fists. But in Muay Thai you can also use your elbows. I didn’t have much confidence in boxing, maybe because I had little experience. But I have no fear in Muay Thai. I fight to win.

TI: We learned that you live in Thailand and that you participated in anti-junta demonstrations. What difficulties did you encounter to come to Thailand?

NV: After the coup, I was widely cited as an opposition figure. Some said I was in the forests with the revolutionaries but I was in Yangon.

There were a lot of lies about me so I didn’t feel safe. A friend asked me what I wanted to do.

I wanted to continue doing lethwei but it was not safe for me in Myanmar to continue my boxing career. So I decided to leave. It was around October of last year.

TI: How is Thailand?

NV: It depends how I see it. I don’t have my own money. I left with only the clothes on my back. I had nothing. My friend helped me with everything. Things were a bit difficult when I arrived but it’s better now. 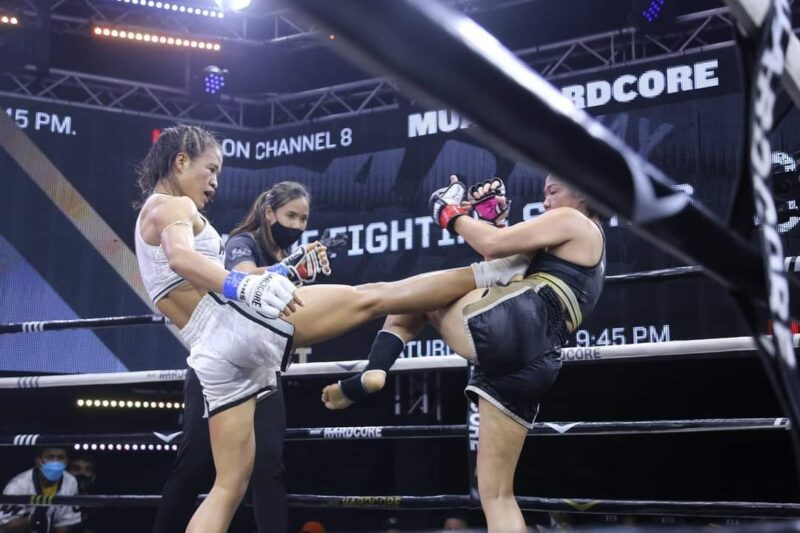 Vero Nika during a Thai fight. Picture of The Irrawaddy

TI: What is your opinion of the junta?

NV: I hate dictatorship. I suffered from it when I was young. I was scared and hid in my house and covered my ears if I heard people speaking Burmese.

My village was not far from a military base. The soldiers came and took what they wanted.

They killed and ate our chickens. There were many cases of rape at the time.

TI: How is your family in Myanmar?

NV: They flee to the hills when there is fighting and return home when they stop.

Civilians across the country, including in Karen State, are being killed by the regime.

I didn’t think things would be so bad after the coup. I couldn’t help crying every time I saw reports of murders. And I couldn’t do anything but feel sorry for them. I want to defeat the dictatorship and support those who fight it. But I can’t do anything. 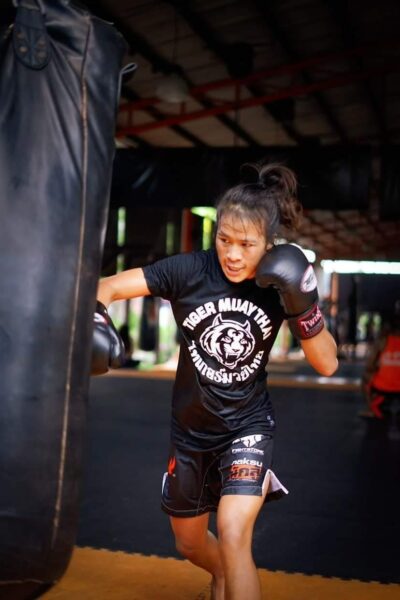 Vero Nika trains with the heavy bag. Picture of The Irrawaddy

TI: How did you come to Lethwei?

NV: I started when I was young. At school in Pekon, I signed up for a boxing class.

I am not interested in anything other than this sport. I can dedicate my whole life to becoming a champion. I left my family and loved ones for this sport. I’m obsessed with it and it’s my absolute necessity.

TI: What challenges have you encountered as a woman in a combat sport? How did you overcome them?

NV: It wasn’t particularly difficult. I like hard work. I don’t like when I hurt myself in training.

But the main problem is menstruation. It’s really irritating. I can’t train during my period and it hurts a lot. Several fights have coincided with my period. I have to take care of myself a lot.

I want to win the fight in December and become the black belt champion. So I want to join the One Championship [a Singapore-based mixed-martial arts competition] Next year. That’s what I want the most.

TI: People support you despite their severe difficulties. What do you want to tell them?

NV: I respect every supporter. I learned that they were watching my fights despite internet restrictions. I urge them to take care of themselves and stay safe. I will do my best and keep supporting me.