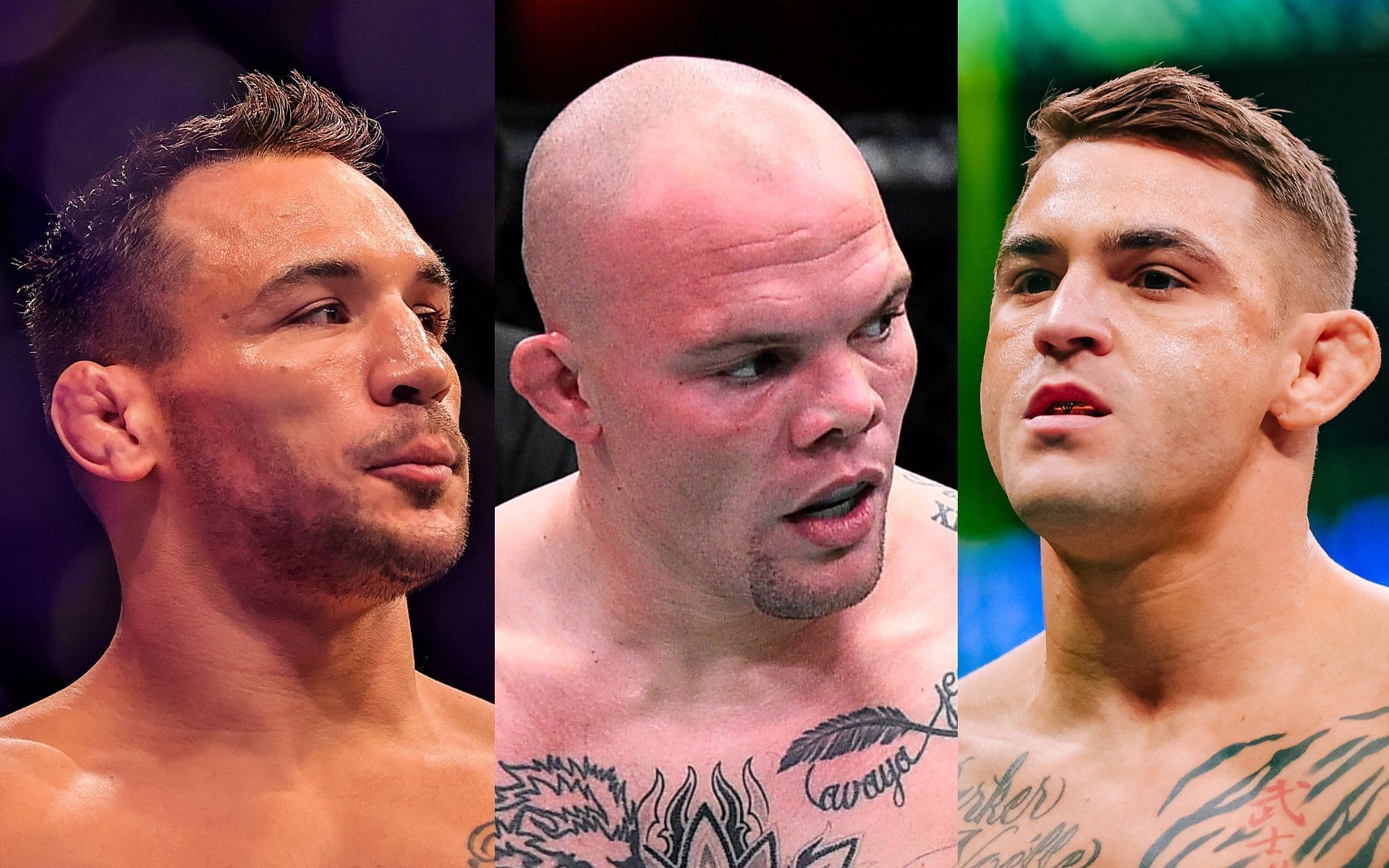 The UFC lightweight division is pretty stacked at the top. One of the most anticipated fights between the contenders is Dustin Poirier vs. Michael Chandler. According to Ariel Helwani, this fight should be announced for UFC 281.

Dustin Poirier vs. Michael Chandler is set to be finalized for UFC 281 on Nov. 12 at MSG. @arielhelwani announce the news on #TheMMAHour.

Dustin Poirier vs. Michael Chandler is set to be finalized for UFC 281 on Nov. 12 at MSG. @arielhelwani announce the news on #TheMMAHour.

UFC light heavyweight contender Anthony Smith has issued an opinion on a potential fight between the two. During a recent appearance on Michael Bisping’s Believe You Me podcast, Smith said:

“I love this fight. I think it’s the right fight for both guys. Like in the rankings and how far they are. As far as the fans are concerned, this is one of the most attractive that you can get. You know to be honest, I don’t know. To be fair, at this level of their division, where these two guys are, neither of them has been super consistent.

Although Dustin Poirier and Michael Chandler are both considered top fighters absolutely capable of being division champions, they haven’t been consistent. Evidenced by the fact that both have at least two losses in their last five fights.

Both failed to rack up a decent winning streak, which could mean they’re better than the perennial contenders. Anthony Smith went on to explain how the two failed to deliver, contrary to the expectations placed on them.

Smith addressed Dustin Poirier’s failure to capitalize on the vacant lightweight championship that many expected him to make his own following the exit of Khabib Nurmagomedov. He said:

“And then Poirier. We all thought of him as the uncrowned champion and you know he should go and he has all the skills in the world to beat Oliveira and he looks great but then you know Oliveira comes in his place. I don’t think we’ve seen the best version of either guy lately.”

Besides being the top-ranked opponents for each other, Poirier and Chandler have history. The two had an altercation at UFC 276 where they exchanged heated words. While it’s unclear why the two got into it, it must have boiled over if it wasn’t for the security officials on site.

Watch their skirmish at UFC 276 below:

The two also did it on social media, fucking each other:

Despite his previous criticism, Anthony Smith praised what the two offered in a potential matchup against each other:

“The only thing that’s consistent is their likability and their excitement. Like you know you’re going to have a fantastic fight, you know you like both guys. You know it’s going to be a barn burner.”

It is more than likely that “The Diamond” and “Iron” will meet inside the octagon very soon. One can only hope this sparks a run of form that bodes well for the lightweight division, with the championship hopefully finding a strong contender at UFC 280.

Check out Anthony Smith’s comments on the Michael Bisping podcast: