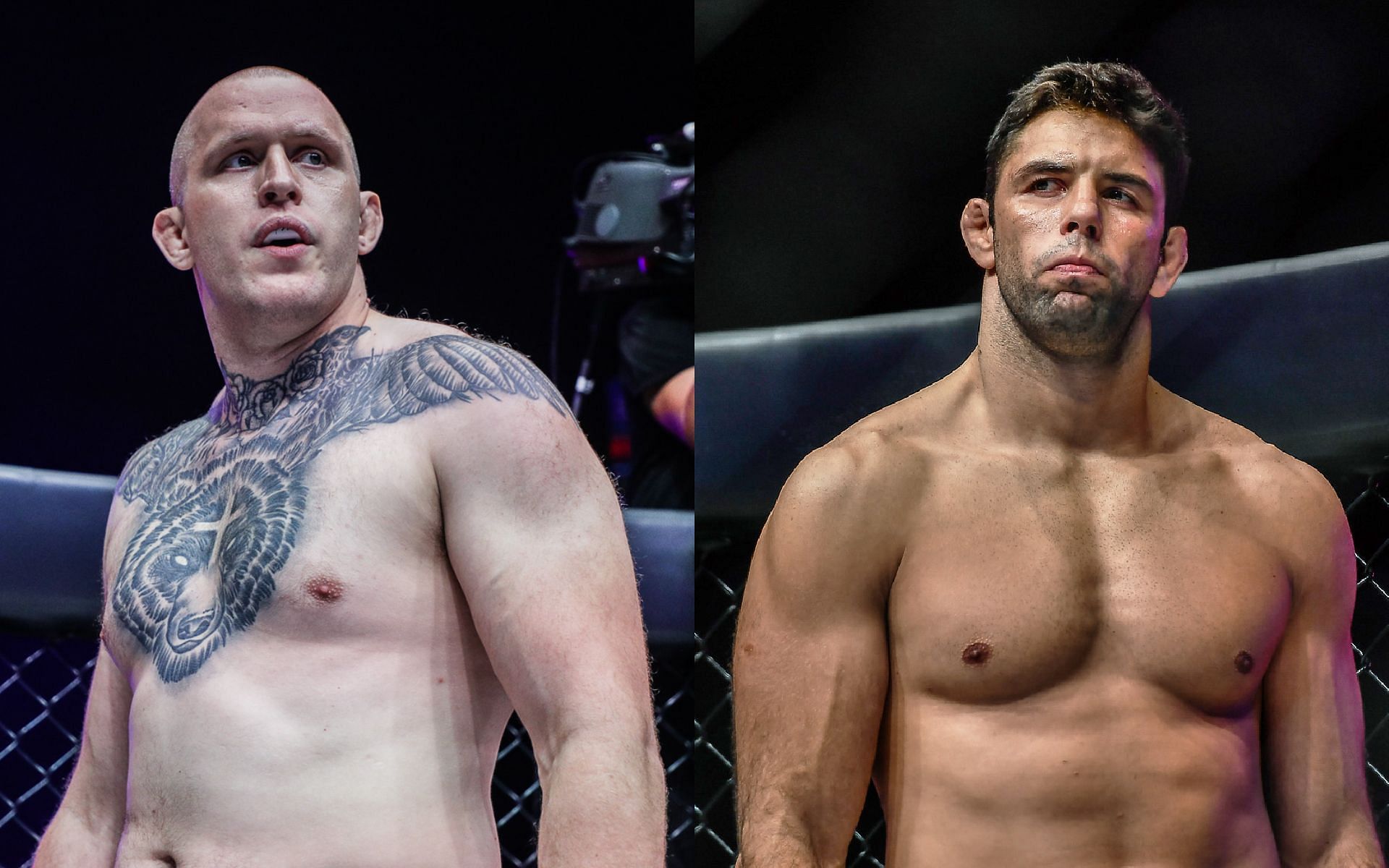 Odie Delaney and Marcus ‘Buchecha’ Almeida are two of the fastest growing heavyweights in the ONE Championship, both holding perfect mixed martial arts records.

Both fighters are coming off impressive wins at ONE 158: Tawanchai over Larsen, Delaney taking a second-round submission from Mehdi Barghi, while Almeida picked up a first-round knockout of Simon Carson.

With both fighters holding 100% finish rates, it’s no surprise they’re tabbed to face each other inside the circle. Delaney, however, wants this match to happen when there’s a world title on the line.

In his post-fight interview, Delaney said that a meeting between them was inevitable, but a fight of such magnitude requires a long preparation. Aware of the hype surrounding them, ‘The Witness’ said his match against ‘Buchecha’ had the potential to become the biggest fight in ONE Championship history.

“It was amazing, you know, I wish nothing but the best for ‘Buchecha’, you know. Eventually he and I are going to fight but I want it to be for a belt because I want to see it climb to the top and I know that I will climb to the top.

“It will just be a long build up, but it will be the biggest fight in ONE history, I think, when it happens. I love seeing it, you know, we share a lot of the same values, so it’s just good. You know, I consider him a friend, but yeah, one day it’s going to be the greatest fight of all time. It’s gonna be amazing.

Delaney is 2-0 in ONE Championship with both of his wins by submission. Almeida, meanwhile, is a 17-time BJJ world champion and his first two victories are testament to that.

“Buchecha” submitted Anderson “Braddock” Silva and Kang Ji Won in 2021, and his victory over Carson last Friday was his first knockout.

Odie Delaney and ‘Buchecha’ have built a closeness over time

The friendship between Odie Delaney and Almeida began when the two grapplers trained together for two years at American Top Team in Coconut Creek, Florida.

It was during those two years that the two formed a bond as unshakeable as any. Delaney said he wanted nothing but the best for ‘Buchecha’ and wanted them both to follow the same career path that would culminate in their meeting for the ONE World Heavyweight Title. .

“We trained together for two years in Coconut Creek, we know a lot of stuff about each other. So I think we have an opportunity to build this fight and get the whole world watching. And I think that’s what’s really going to make this fight. Kind of, you know, make the most of it, if that makes sense.