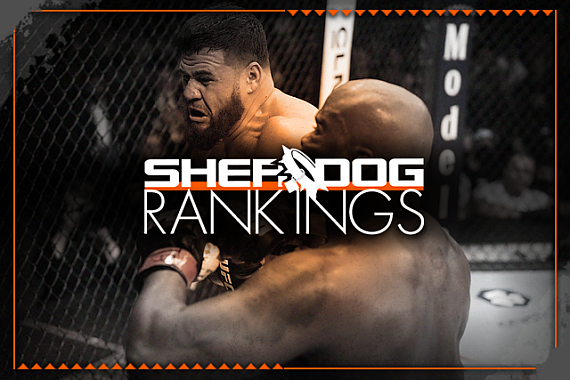 Just three years ago, it seemed far-fetched that Tai Tuivasa would be a legitimate Top 5 heavyweight.

But after a three-fight skid from 2018 to 2019, Tuivasa was temporarily relegated to runner status also in the division, ‘Bam Bam’ compiled a five-fight knockout streak that got him into the thick of things in heavyweights. No victory during this run was more significant than the one that came at UFC 271 on Saturday night, when he scored a resounding finish from two-time title challenger Derrick Lewis in the co-event. main of the evening. The victory propels the man who was once best known for drinking beer out of a shoe from unranked to fourth in Sherdog.com’s latest divisional poll.

Elsewhere, Jared Cannonier claimed the No. 1 contender spot in the middleweight division with a resounding finish from Derek Brunson on the UFC 271 main card. As well as setting the stage for a future showdown with the champion in title Israel Adesanya, “The Killa Gorilla” moves up the 185-pound rankings, overtaking Marvin Vettori and Paulo Costa at the No. 3 position.

In housekeeping news, we bid farewell to Top 10 heavyweight stalwarts Alistair Overeem and Junior dos Santos, who are both competing in other fighting disciplines and haven’t picked up victories. in MMA for quite some time. This sets the stage for the bubble debut of the One Championship’s new interim heavyweight king, Anatoliy Malykhin.