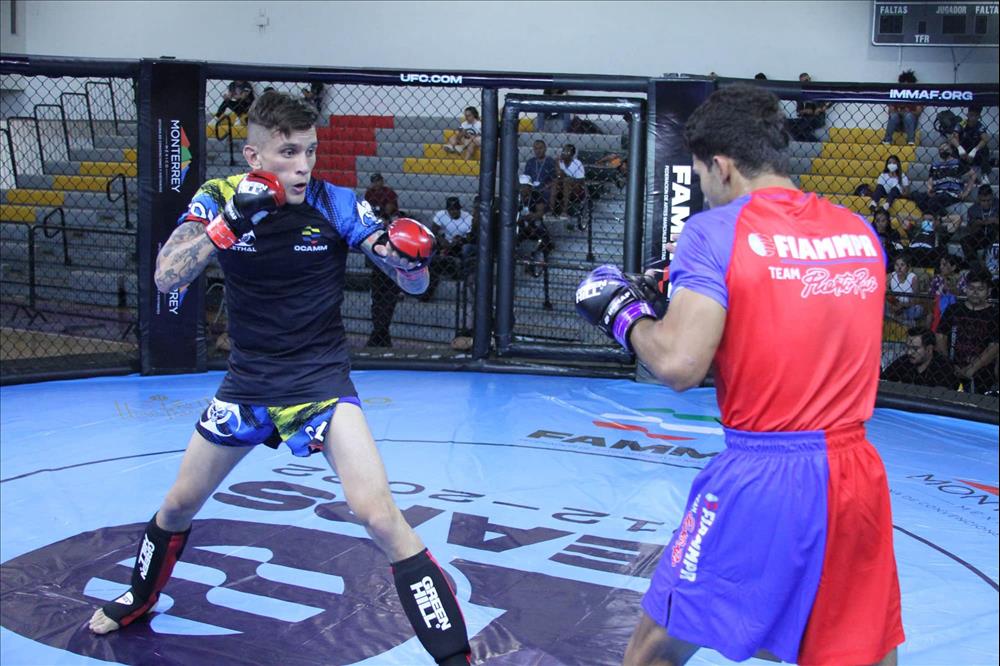 One of the most notable has been Mateo Lara, who is the team’s most experienced athlete as he nears the twenty-game mark in his amateur career. Despite so much experience, the Pan American Championships was his first experience of competing overseas, which he is grateful for. He said:

“I feel very honored to have the opportunity to fight in Mexico since it’s my first time in a foreign cage. The people here are very friendly and very hospitable. Excellent people and athletes, I feel very happy .

He went on to add that his experience is a winning factor but not the main reason.

“Experience will always be a deciding factor. But more the heart and love I have for this sport.

Growing up in Colombia was not always easy for Lara. He directed his anger the wrong way and got into quite a few fights. However, after discovering martial arts, he took his life in a different direction and now aspires to be like Nate Diaz, Conor McGregor and Cody Garbrandt.

“Since I was a little boy, I liked to fight, but in my school life I directed it negatively. I was a problematic boy. Lara said. “In the past, in every situation, I looked for a fight. Really, I’m not afraid and I feel alive when I fight. After turning 18, I thought differently; about legal implications or worst case scenario, death.

“Through my current trainer Mauricio Daza, I met Professor César Moreno, who trained me from scratch and showed me the way to martial arts. Today I just want to contribute to society and to show people with stories similar to mine that there is another path, the path of good.

Ahead of his gold medal match with Mexico’s Jaime Sierra, he expects some exciting competition.

“Always expect a war from me. Whoever wants to beat me must be ready to die. I don’t like easy fights and my rival is definitely a great fighter. From the beginning, I wanted to fight him, and now we will do it in the final. I am excited.”

The Colombian athlete is very advanced in his amateur career and has not yet decided what his next step will be, but teased the idea of ​​competing in the World Championships.

“If I can count on the economic means without thinking twice, I will go to the World Championships. I will only turn pro if I get a good offer outside my country.

If all goes according to plan tomorrow, Colombia could have two new Pan American champions on their hands and the first IMMAF gold medals for the country. Regardless of the results, it was a spectacular performance from Colombia. All of tomorrow’s action will be available internationally on immaf.tv and in Mexico (only) on Facebook, starting at 11am (UTC-5) local time with an estimated runtime of 5 hours.


Legal disclaimer: MENAFN provides the information “as is” without warranty of any kind. We assume no responsibility for the accuracy, content, images, videos, licensing, completeness, legality or reliability of any information in this article. If you have any complaints or copyright issues related to this article, please contact the provider above.