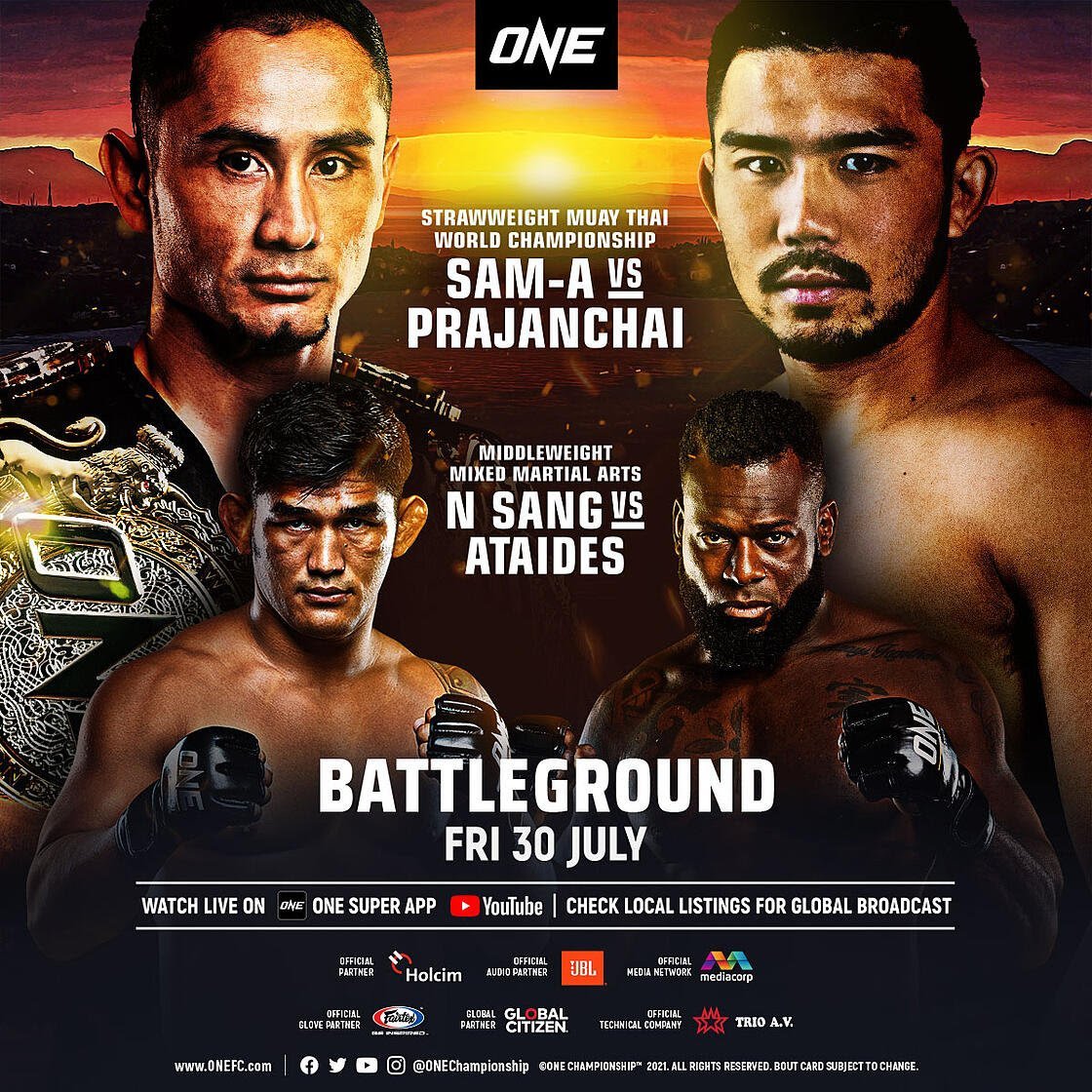 
ONE Championship (ONE) today announced the full ONE: BATTLEGROUND card, which will be broadcast live from the Singapore Indoor Stadium on Friday, July 30.

ONE works closely with relevant government agencies and industry stakeholders to ensure the highest standards of health and safety for the behind-the-scenes event. There will be no live audiences for this closed-door production.

ONE: BATTLEGROUND II features a showdown between former ONE lightweight world champion Eduard Folayang and Chinese mixed martial arts star Zhang Lipeng, who will make his ONE debut. In the main co-event, Alex Silva, a strawweight contender and former ONE Strawweight World Champion, takes on Miao Li Tao.