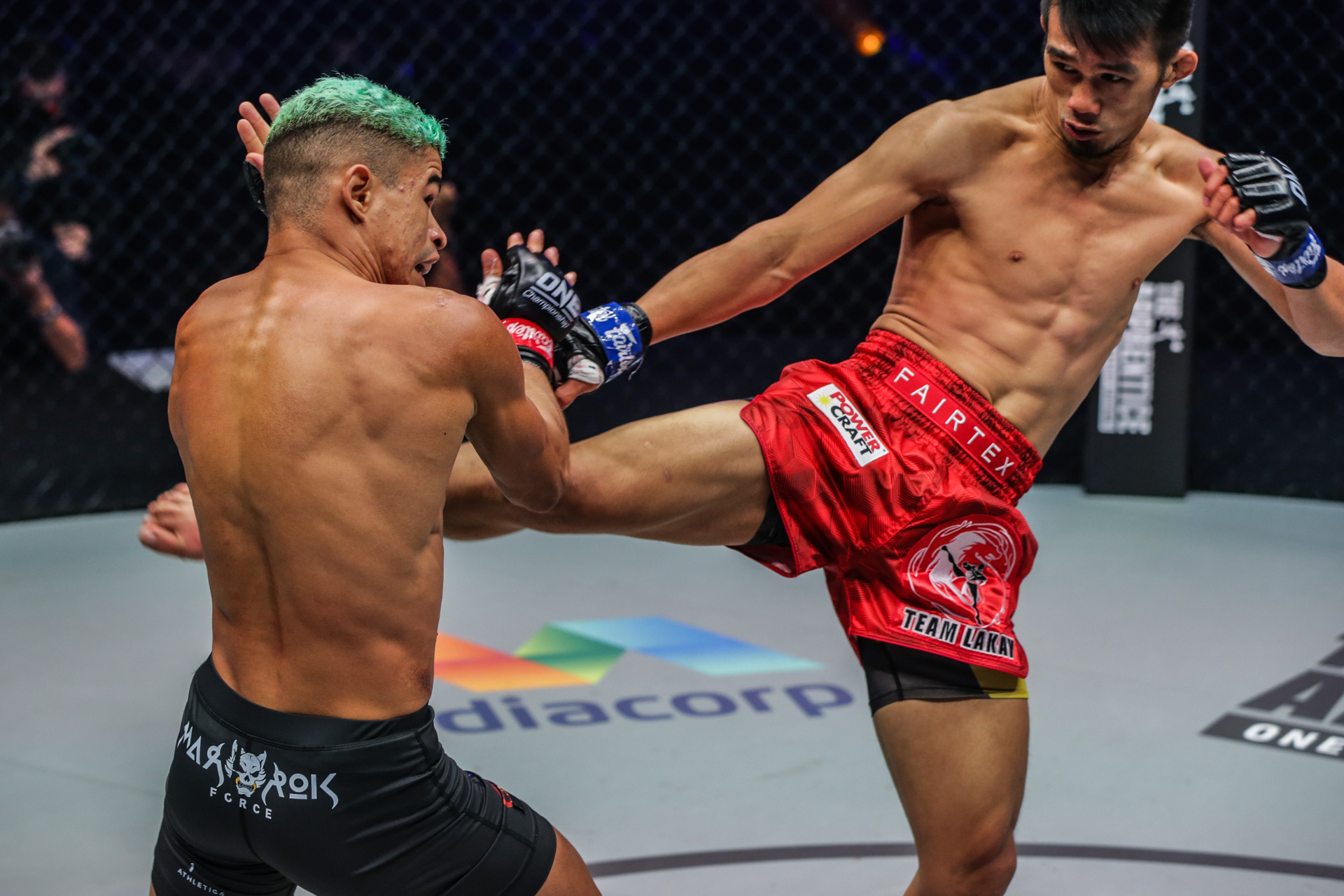 Jeremy “The Juggernaut” Pacatiw had Team Lakay’s full support ahead of his match against #4 ranked contender Fabricio “Wonder Boy” Andrade at ONE: Full Circle last Friday.

In preparation for the contest, fellow bantamweights and teammates Stephen Loman, Kevin Belingon and Jhanlo Sangiao sparred with him using various fighting styles to cover any scenarios that could arise against the Brazilian.

But while training is essential in combat sports, no one can imagine exactly how every fight will play out.

“In a way, we’re pretty much keeping our game plan from the first fight: use my footwork and keep going. So I have to use my speed and my footwork, keep him guessing and get him out of his rhythm. Pacatiw said before the fight.

“It’s one of my weapons, my footwork.”

His strategy worked in the early stages thanks to his precise striking and fluid movement inside the ONE Championship Circle.

“I think there were no misfires because on the first lap I was landing well. I think I was getting ahead of the game. he called back.

However, Andrade used Pacatiw’s aggression against him landing a crushing knee that ended his chances of winning at 1:37 of the first round.

The Phuket-based fighter launched the counter knee at the perfect time to inflict unbearable pain on Pacatiw’s liver.

Worse still, the knockout came just as the Filipino contender was showing some serious confidence against the much-loved ‘Wonder Boy’.

Despite the disappointing result, Pacatiw is grateful that his 24-year-old foe holds him in high regard.

“I am happy that Fabricio Andrade gave me this immense respect for leading this fight. Respect is a word that every athlete should have in their vocabulary, opponent or not, winner or not. he said.

Now boasting a mixed martial arts career record of 11-5, ‘The Juggernaut’ will spend time with his family before returning to the drawing board at the legendary gymnasium of world champions.

“I still have to work on all aspects of martial arts to become a better me every time I step on the cage,” he said.

“This result is a minor setback for a major comeback.”