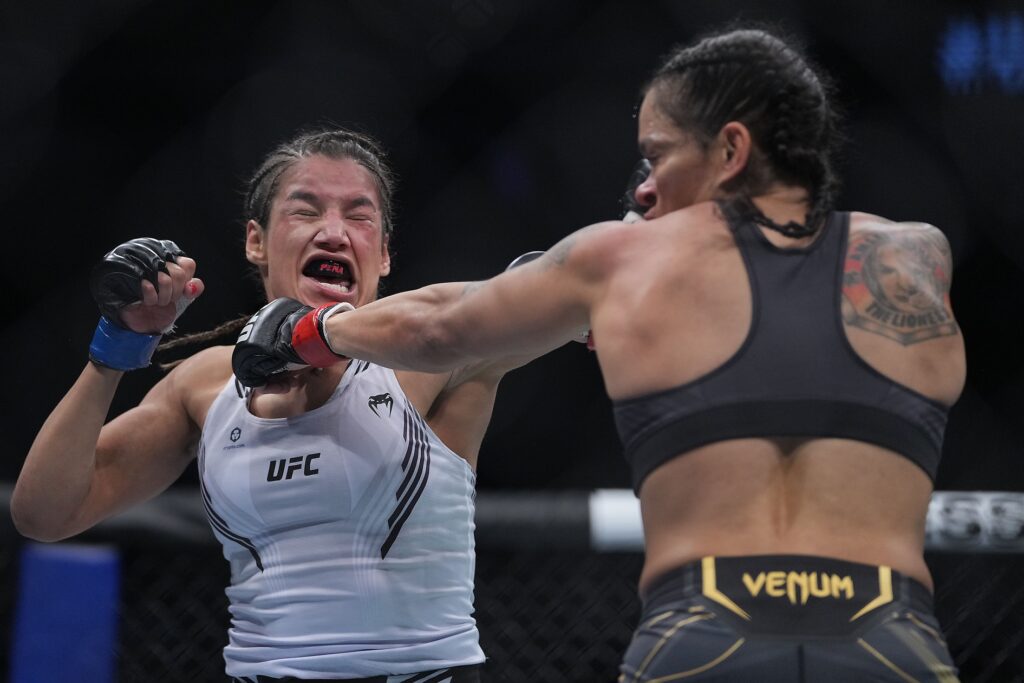 Arguably, the fiercest rivalry in women’s MMA reaches boiling point on Saturday, July 30. This is when Julianna Peña and Amanda Nunes step into the octagon to fight for the UFC Women’s Bantamweight Championship.

The headlining bout is just one of a long list of exciting fights announced for UFC 277. At the time of writing, eight more fights are confirmed for the event, top sportsbook MMA is already posting Vegas odds for a few of these fights.

In our first look at UFC 277, we’ll analyze those fights, dissect the betting odds and share our early predictions.

It was December 11, 2021, when Julianna Peña and Amanda Nunes first fought for the UFC women’s bantamweight title. Nunes was then in possession of the championship belt and was favored to defend it for the sixth time.

All of the top MMA betting sites favored Nunes in this fight, with some even offering odds as low as -1000. However, a major upset followed – Peña submitted Nunes in the second round with a rear-naked choke.

Seven and a half months later, Nunes seeks revenge. Will she find her satisfaction? Knowing that she is one of the greatest fighters in UFC history, chances are she will.

Not only does Nunes have the skills and experience to win at UFC 277, but she’s also likely extremely motivated to beat Peña. There are several reasons for this, starting with the fact that Peña was the one to end her 12-game winning streak.

Peña vs. Nunes 2 isn’t the only title fight that features on the main card of UFC 277. The co-main event is the UFC Flyweight Championship bout between Brandon Moreno and Kai Kara-France. The two are fighting for the interim title, with the winner set to face reigning UFC flyweight champion Deiveson Figueiredo.

Speaking of the devil, Figueiredo is the fighter Moreno has fought in his previous three fights. Their first duel ended in a draw, with Moreno winning the UFC Flyweight Championship in the rematch. Unfortunately for the Assassin Baby, he lost the title in the final part of the trilogy.

However, all is not lost for Moreno – he has a chance to win the interim title on July 30 by beating underdog Kara-France.

The fighter who holds the record for most knockout wins in UFC history has been knocked out twice in his previous three bouts. The man in question is Derrick Lewis, a former UFC Heavyweight Championship challenger who, at 37, still believes he can grab the title.

To get another shot at the championship belt, Lewis needs to get back on the winning track. Luckily for him, such a scenario seems very likely as his next opponent is Sergei Pavlovich, who bettors consider a huge underdog. Even though the Russian is 15-1, he has only had four fights in the UFC so far. And one of them saw him lose to Alistair Overeem by TKO.

“I’m aware that my daughters are going to have to deal with lesser bullshit” – Ronda Rousey once inspired Gordon Ramsay’s daughters, who started MMA after her