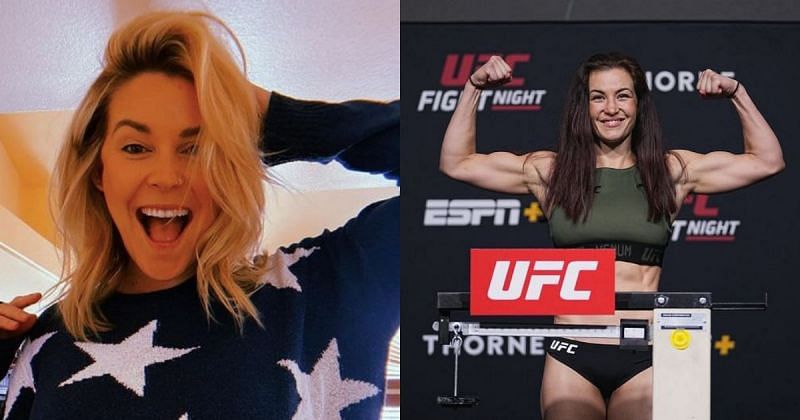 Renee Paquette, formerly known as Renee Young in WWE, revealed to Miesha Tate that she would consider participating in mixed martial arts.

For many years, Renee Paquette has been one of WWE’s premier broadcasters and interviewers, to the point where she even enjoyed a commentary passage. The 36-year-old had been a pro wrestling fan for many years. This was clearly shown through his success with the greater promotion of the company.

It’s also no secret that, alongside her husband and former WWE Superstar Jon Moxley, she is also a fan of MMA.

In his new show To throw Alongside UFC fighter Miesha Tate, Paquette surprised more than one by suggesting that she wouldn’t be against the fight inside the cage one day.

“Surprisingly, I think it would be quite low [the money needed to convince Renee to fight]. I think I would do it just for the shit! Like, I think I would be interested. It’s always fascinating to me, I mean spending so much time, especially around pro wrestling, but you know I’ve had a few fights, I’ve had a lot of fights in the UFC – and I’m just interested. I didn’t get any punches in the face as an adult female and think I could use a booster to remind myself of what it looks like.

Her age and the fact that she has just become a mother would imply that this is unlikely to happen. However, even on an amateur level, it could be intriguing to watch.

Renee Paquette was never someone WWE fans looked at and thought of as a “cage fighter”. Either way, the best surprises are the ones that literally come out of nowhere. If she’s working and training the best she can, there’s no reason she can’t fight somewhere on the road.

Otherwise, we’re pretty sure ‘Cupcake’ still has its eyes on the bantamweight prize as its return to the UFC continues.