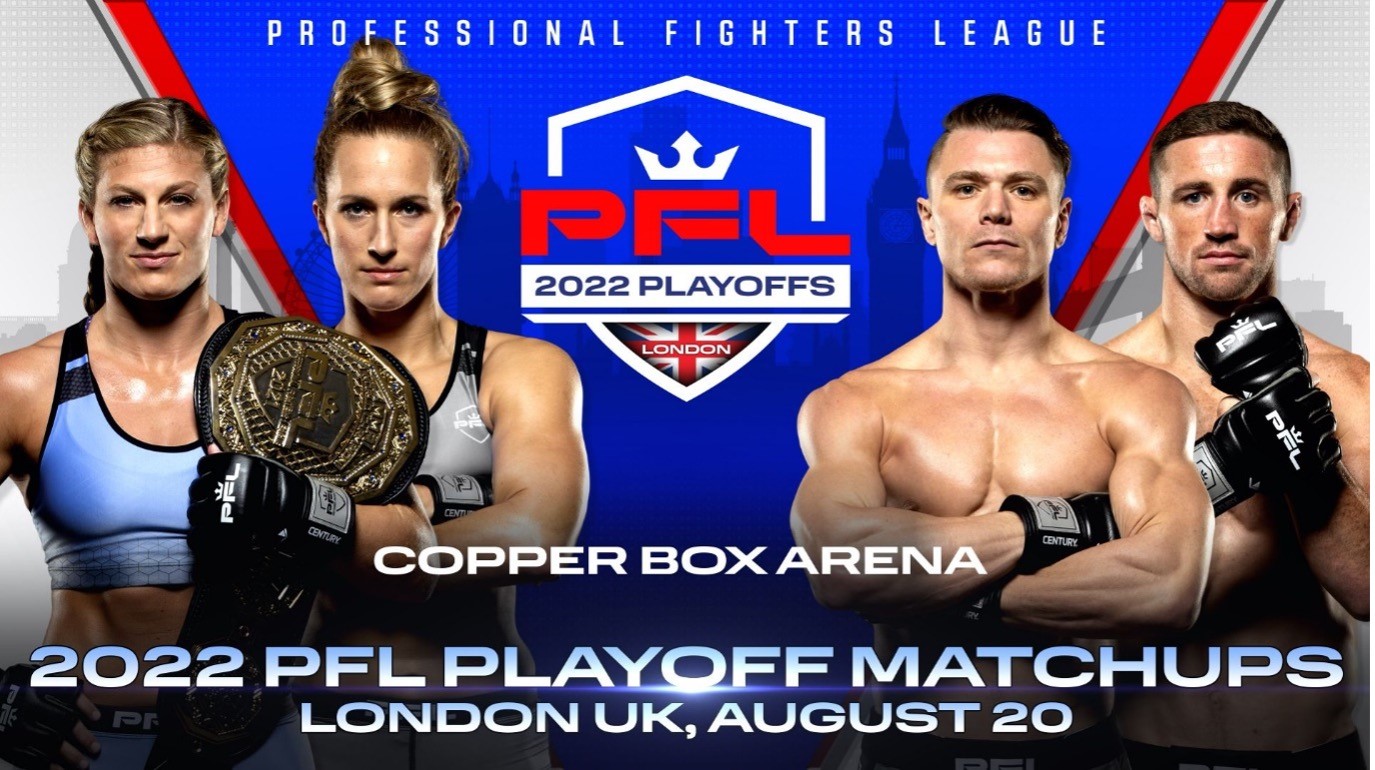 Results of the PFL 2022 Playoffs in London

In the co-main event, Chris “The Long Island Killer” Wade of the United States takes on London’s Brendan Loughnane in the semi-finals in the featherweight division.

Wade came in at 145lbs as he seeks a return trip to the finals. The 2021 featherweight finalist clinched the division’s top seed with wins over former two-time champion Lance Palmer and Kyle Bochniack. Loughnane, meanwhile, weighed in at 145 pounds for his PFL Playoff return. The London native finished the season as the fourth seeded featherweight, with wins over Ryoji Kudo and Ago Huskic.

In the other featherweight semifinal match, second-seeded Ryoji Kudo (145lbs) of Japan takes on Bubba “Bad Man” Jenkins (146lbs) of the United States.