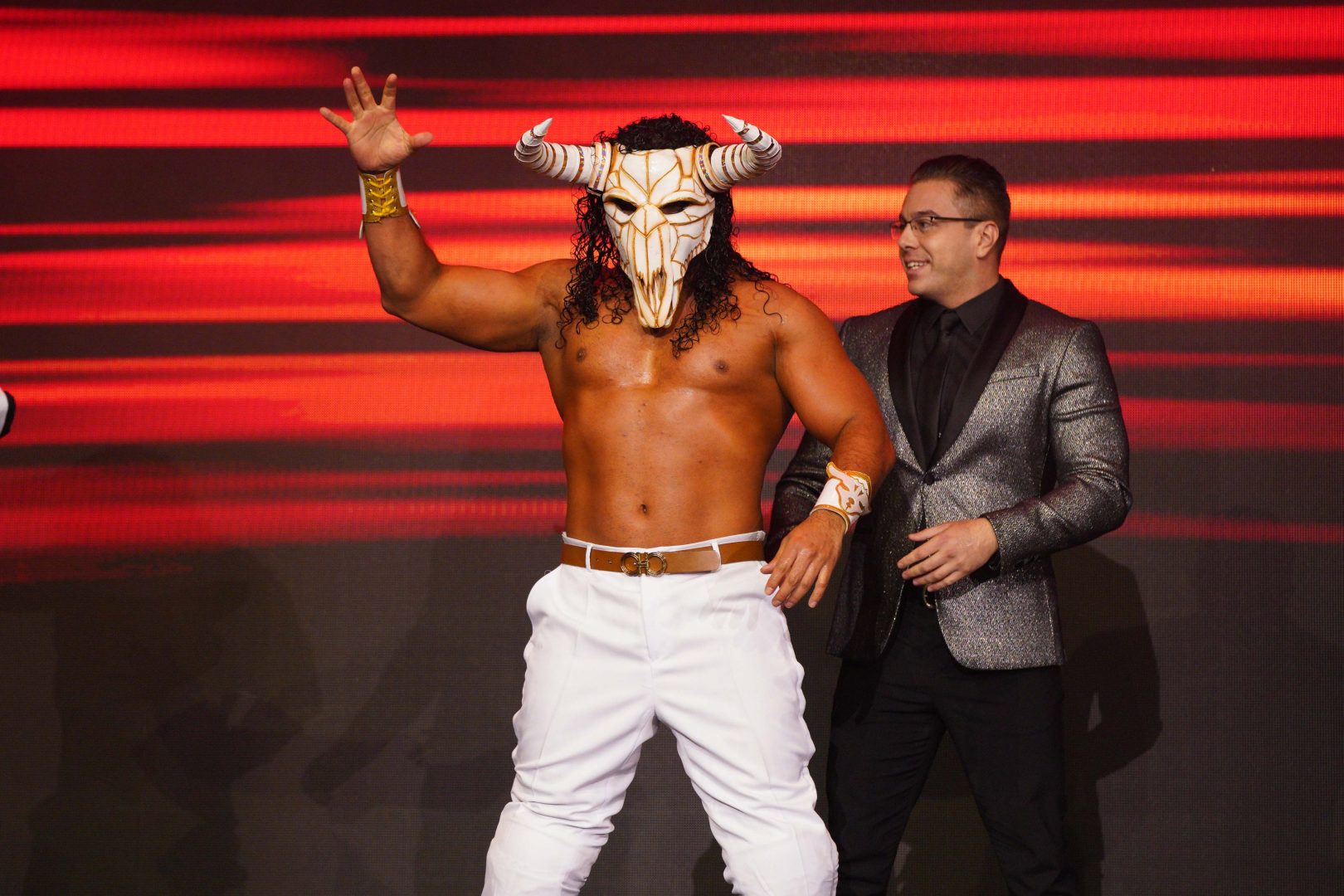 Months after his first appearance for All Elite Wrestling, Rush finally signed through the dotted line and received the X is #AllElite treatment.

After honing his career in Mexico, Rush surprised many when he showed up unannounced at AEW’s Double or Nothing pay-per-view. ‘El Toro Blanca’ was unveiled as the newest member of Andrade El Idolo’s La Faccion Ingobernable alliance, a role he has remained in for the past few months.

Now he can officially call himself All Elite. Tony Khan took to Twitter to confirm his official signing of an AEW deal ahead of his Rampage match against John Silver.

It’s official: @rushtoroblanco is
All Elite!

What a week for Rush!

Yesterday was his birthday, today he’s All Elite, and that’s
rush against @SilverNumber1 TONIGHT the
Friday night #AEWRampage!

A 15-year veteran, Rush is best known for his flawless run at the Consejo Mundial de Lucha Libre. Dominating the company as ‘the most hated man in CMLL’ and later Los Ingobernables, he was once world light heavyweight champion during his long tenure there.

Rush has since been a mainstay of organizations such as Ring Of Honor and Lucha Libre AAA Worldwide, hosting the former’s World Championship twice. He has only wrestled for ROH once since Tony Khan took over, at July’s Death Before Dishonor pay-per-view when he defeated his real-life brother, Dragon Lee.

The siblings had been lined up in AEW alongside Andrade El Idolo, although Dragon Lee was ousted from La Faccion Ingobernable after the World Trios Championships tournament first round loss to The Elite.