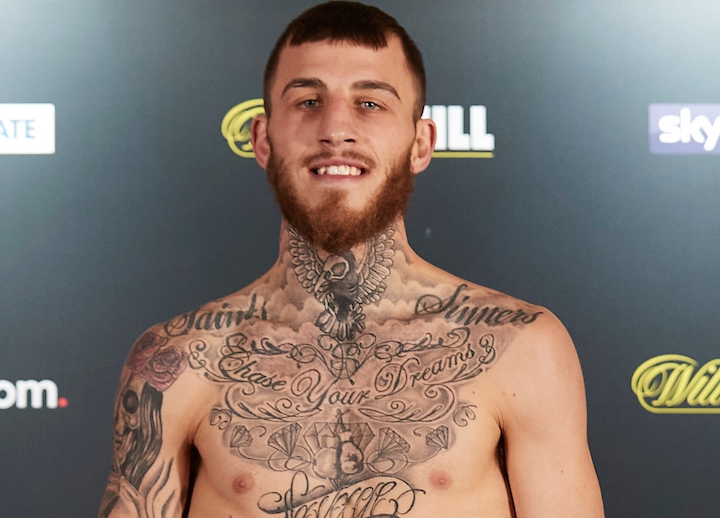 A new generation of future British boxing stars alongside talent from the Midlands will be showcased live on Sky Sports next month when BOXXER travel to the heart of England for an event at the Coventry SkyDome on Saturday June 25.

Adam ‘The Assassin’ Azim (4-0, 3 KOs), described by trainer Shane McGuigan as “the best natural talent I’ve ever worked with,” brings his spectacular skills to the ring in a championship bout of junior world as he continues his journey from teenage prodigy to future world champion.

Azim won ten national titles as an amateur and was ranked No. 1 in the world at welterweight before turning pro in 2020, where he continued to earn plaudits and showed every sign of realizing the potential that excited industry insiders.

Tokyo 2020 Olympic medalist Karriss Artingstall is also heading to Coventry on the path to future greatness. She will make her highly anticipated debut in professional boxing after a stellar amateur career that culminated in a bronze medal at the last Olympics.

From Bunny Johnson – Britain’s first black heavyweight champion – to Robert McCracken and Frankie Gavin, the Midlands have a long history of producing elite boxing talent who have left their mark on the sport.

BOXXER Series tournament winners Cori Gibbs (16-0, 3 KOs) and Dylan Cheema (5-0, 1 KOs) are leading the region’s next generation on their own march to the top.

Cheema, who last month won the BOXXER Series: Coventry tournament in spectacular fashion despite entering as an unknown underdog, makes a quick return to the ring for the first fight of his newly signed multi-fight promotional deal with BOXXER.

Birmingham’s Sam Eggington (31-7, 18 KOs), a two-time ‘Fight of the Year’ winner and crowd favorite thanks to his all-action fighting style, looks set to deliver another crowd-pleasing performance. as he challenges for the IBO Super Welterweight Championship against undefeated Pole Przemyslaw Zysk (18-0, 6 KOs)

Both fighters have a reputation for never backing down, making them another potential “fight of the year” contender for Eggington and a meeting that could produce plenty of high points.

The rematch for the English Middleweight Championship between River Wilson Bent (12-0-1, 5 KOs) and Tyler Denny (13-2-3) will take place on this card after their controversial and explosive first fight which took place ended prematurely after a clash of heads, resulting in a technical draw.

With a torrent of bad blood running through this fight and a score to settle after their first encounter, it’s another one of the night’s fights that guarantees sensational action from start to finish.