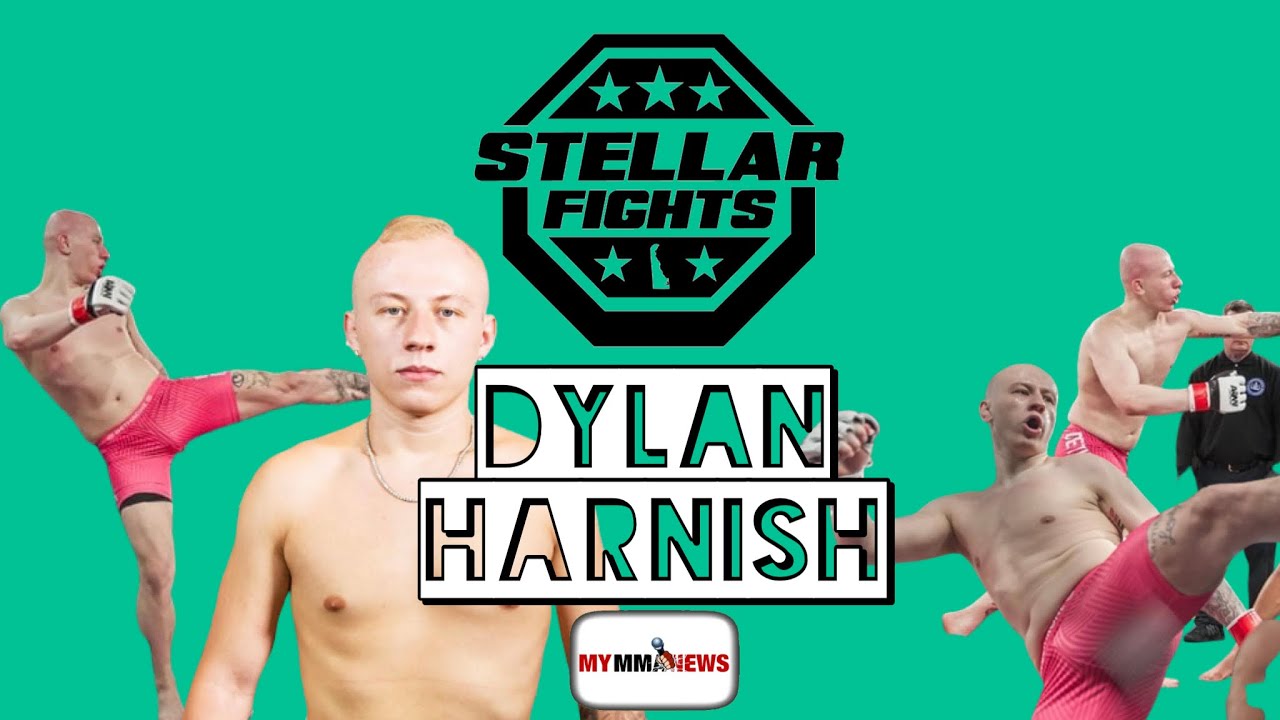 “Shake him, grab his neck and guillotine him”

Coming off their second televised event on Delmarva Sports Network, Stellar Fights has been revving its engine and firing on all cylinders for some time and Stellar 51 will be no different.

In a fight with fireworks written all over it, Dylan Harnish will return to the Stellar cage in search of redemption as he takes on Deon Jackson on the main card tonight’s billing.

Both fighters are eager to bounce back into the win column as Harnish last competed for the Art of War featherweight title while Deon Jackson was knocked out in his last outing by the reigning lightweight champion of Stellar Fights, Taylor McMahon.

Truly a student of the game, Harnish used his friendship with McMahon to the fullest while training for his impending fight with a familiar opponent.

If I’m able to figure out his timing, then I’ll stand there and strike with him. And if not, Harnish continues, I’ll get him dirty and put him on his back. So either way, it’s just going to take a little while to figure it out. He’s a little clumsy,” admits Harnish. “I took this camp to focus on what I’m going to do,” Harnish cryptically hints.

With both fighters eager to get back into the win column and get their thriving amateur careers back on track, Harnish Vs Jackson is truly a must fight as a victory for either fighter catapults them into the race for the title.

Tune in above as Dylan Harnish joins MyMMANews to discuss his upcoming fight with Deon Jackson. He discusses using McMahon as a training tool, but how he plans to finish Jackson faster than his buddy, McMahon. We discuss Harnish’s future after a victory in this fight and much more.

Currently studying broadcast journalism at Wilmington University, Adam’s passion for the sport only grows stronger when a fighter’s voice is heard. He thrives on asking detailed questions to inspire the thoughts behind the punches in hopes that each fighter can find their own righteousness. Specializing in pre- and post-fight interviews for MyMMANews, Adam strives to keep fight fans up to date with the latest and most authentic MMA news possible.
He is a co-promoter of Delaware’s premier kickboxing and Muay Thai organization, IBF Promotions. Recently, he has also accompanied MMA organizations Global Proving Ground and XCC as a co-host and ringside commentator.

ARTICLE: What next for the Black Bombers?