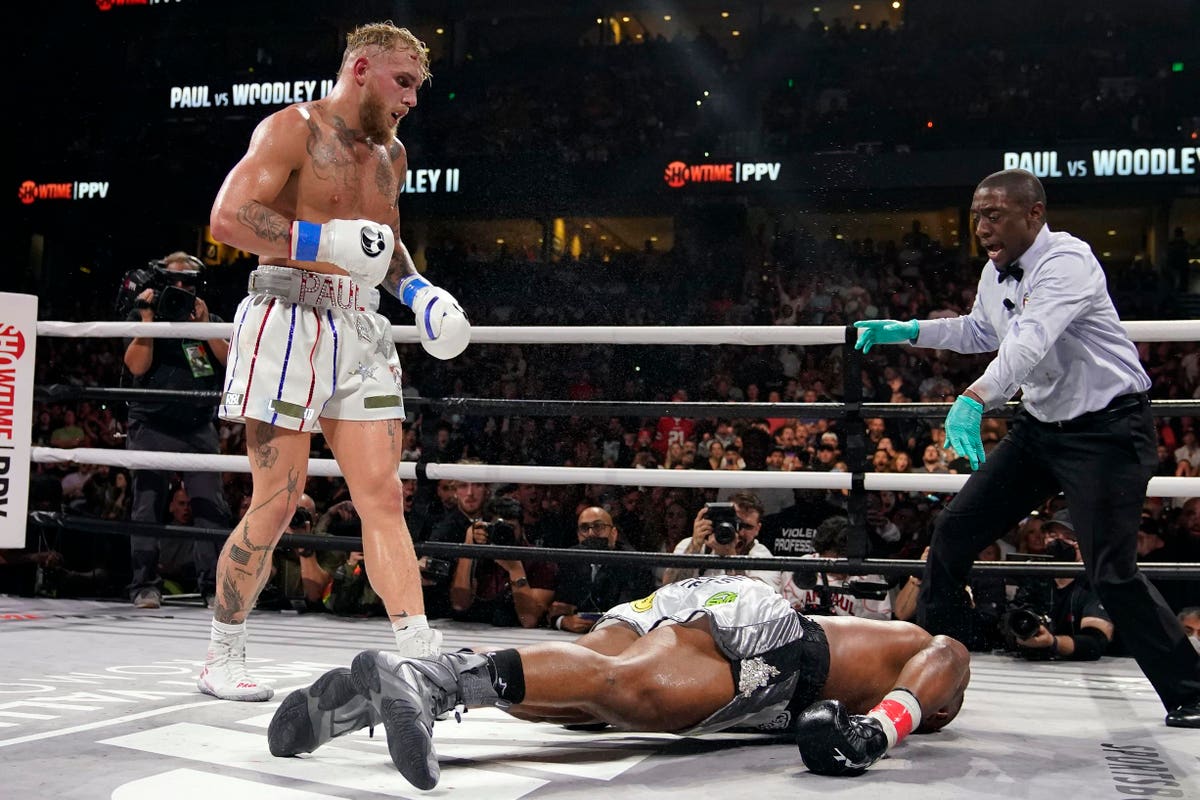 Despite the roller coaster that Covid-19 continues to offer, 2021 has been a good year for boxing. Canelo Alvarez won the undisputed super middleweight championship. Josh Taylor did the same in the junior welterweight. Oleksandr Usyk beat Anthony Joshua to win three heavyweight belts, and Tyson Fury retained his heavyweight championship by knocking out Deontay Wilder in Fight of the Year.

Additionally, Juan Francisco Estrada and Roman “Chocolatito” Gonzalez went on to show why the super fly division is one of the most exciting in boxing, Yordenis Ugas (of all people) retired Manny Pacquiao and Jake Paul brought the Gen Z crowd to boxing.

But this is all a thing of the past. Now, as we look to 2022, more big-ticket boxing matches are partially visible through the political fog of the sport. These are not fights that we want to see. No, these are the fights we MUST see. Some of these confrontations will be costly and will therefore have to be broadcast on PPV. Others have marinated for too long.

But as we toast together when December 31 becomes January 1, here’s what the new year will hopefully bring us.

Terence Crawford vs. Errol Spence: To be frank, it was a fight we should have gone through three years ago. But boxing politics have stopped him time and time again. Now that Crawford’s promotional contract with Top Rank has expired, it makes a fight between the two best welterweights in the world all the more likely. Spence may have to get past Ugas first, but maybe in the second half of 2022 we can finally get that fight. Crawford won $ 6 million against Shawn Porter, and Spence is said to have won at least that much against Mikey Garcia. The two would likely make at least $ 10 million if they agreed to face each other. But if that doesn’t happen in 2022, it might never happen.

Canelo Alvarez vs. Artur Beterbiev: Yes, Alvarez is apparently moving up to cruiserweight to fight for the world title from Ilunga Makabu, and yes, Alvarez could come back to 168 pounds to defend his undisputed championship against David Benavidez or Jermall Charlo (for what it’s worth, I think. Alvarez beats both super middleweights). Either of the latter two would be exciting for the mainstream fighting fan. But for die-hard boxing fans, a clash against 175-pound titlist Artur Beterbiev is even more intriguing. He’s clearly the most dangerous at light heavyweight, and at 17-0 with 17 career knockouts he’s probably the toughest puncher Alvarez has ever faced. I’m not even sure Alvarez would be the betting favorite against Beterbiev. So really Alvarez, really wants to test himself – and that’s pretty much what he always tries to do – Beterbiev is the man to fight.

Vassili Lomachenko vs. Gervonta Davis: While there are plenty of fascinating 135-pound clashes possible (Devin Haney vs. George Kambosos, Ryan Garcia vs. Teofimo Lopez, Davis vs. Garcia, etc.), the one I’d love to see the most is Lomachenko vs. Davis. After losing his lightweight belts against Lopez, Lomachenko appeared dominant against Masayoshi Nakatani and Richard Commey. Davis, meanwhile, continues to bring in massive crowds to watch him battle competitors who are a level or two below him. Lomachenko vs. Davis would make the fans stand out, and that would net both contestants a lot of money (somewhere in the $ 3-4 million range for each, maybe?). the biggest test of his career and the chance for Lomachenko to once again assert himself as a top 5 star pound for pound.

Katie Taylor vs. Amanda Serrano: It would be one of the most anticipated women’s fights of all time. Taylor, the undisputed lightweight champion, is an all-in-action fighter, and she would face Serrano, a seven-division world titlist who is one of the most powerful punchers in the sport. Both contestants apparently want this fight, and of all the fights on this list, this is the most likely to happen.

Tyson Fury vs. Oleksandr Usyk: I’m not really sure how well this potential fight for the undisputed heavyweight championship in the United States performed – Fury’s bouts against Deontay Wilder sold well in America, but against anyone, ticket sales were a big hit. little disappointing for him; Furthermore, Usyk is not exactly a known quantity among mainstream fans. But if Fury were to win this fight – and he would likely be the biggest betting favorite – he would even reach new heights of global stardom. He would also probably make eight figures for this fight, no matter where it is.

Jake Paul vs. Julio Cesar Chavez Jr .: After YouTube star Paul made millions more by blowing up Tyron Woodley earlier this month, rumors spread about a possible clash between Jake Paul and Julio Cesar Chavez Jr.. The fight could mean something to Paul. It would attract all kinds of attention to mainstream and hardcore boxing, and Paul would actually have an advantage in size and, possibly, power. He would also make a ton of money. Yes, Chavez is a former middleweight titlist, but he has had one of the most disappointing careers of any star in the past two decades. A fight against Paul would actually be quite fascinating for everyone involved.