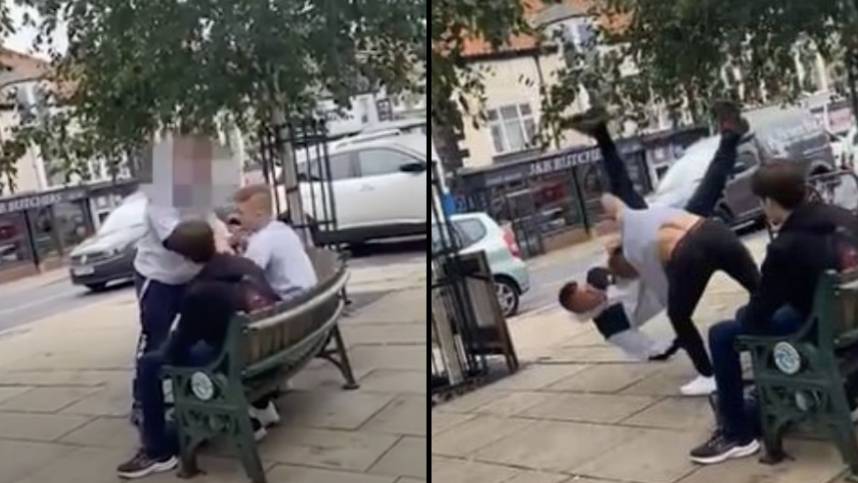 An attacker got more than he bargained for after the boy he was targeting turned out to be a mixed martial arts fighter.

Briggs didn’t know he had gone up against a Brazilian Jiu-Jitsu champion.

The incident took place on September 14, 2021, with a clip of the incident showing Briggs approaching the young boy, who was 16 at the time.

As the fight unfolds, Williams stops his attacker by pinning him to the ground using a double leg takedown.

Briggs leaves the scene and returns, but Williams is able to overpower him a second time, with the attacker eventually leaving the scene.

Speaking to Teesside Live about the attack, Williams said: “As he closed in on me I saw an opportunity to defend and fight back so I took it.

“When the fight or flight starts, you have to choose one or the other, and I chose to fight back, and I was focused.

“Obviously I was worried in case he had a knife on him because he threatened to stab me, but in such situations it’s about surviving, and I was luckily ready for him.”

Williams went on to explain that he had been forced to restrain Briggs on several occasions: “I thought after I shot him the first time he would be gone, but he came back for more, so I just kept trying to hold him back without hitting him.

“I was in a sitting position and the movement came naturally to me because I practiced it a thousand times in training. My main objective was to defuse the situation safely.

While Williams was thankfully able to defuse the situation, he still suffered injuries, adding: “There was blood everywhere, and I realized he bit off a piece of my ear. “

Briggs appeared at Teesside Magistrates’ Court on Friday, where he pleaded guilty to GBH without intent.

He is expected to be sentenced next month at Teesside Crown Court.

And, from the look of the video, we’re guessing a few people are already signing up.