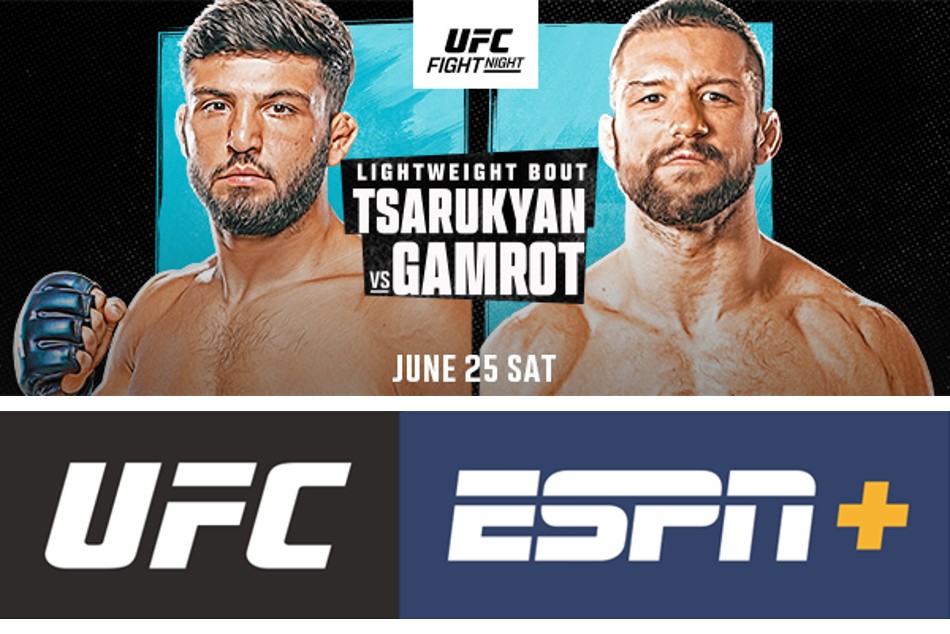 One of the best lightweights in the sport today, Tsarukyan (18-2, fighter from Krasnodar, Russia, via Yerevan, Armenia) is looking to extend his five-fight winning streak at his first opportunity to UFC main event.

In his last two trips to the Octagon, he scored impressive knockout victories over Joel Alvarez and Christos Giagos. Tsarukyan is now aiming to become the first person to finish Gamrot with a standout performance.

Exciting grappler Gamrot (20-1, fighting in Poznan, Poland) plans to continue his rise up the 155-pound rankings with a stellar performance.

A black belt in Brazilian Jiu-Jitsu, he scored dominating victories over Scott Holtzman, Jeremy Stephens and Diego Ferreira. Gamrot now hopes to dispatch Tsarukyan and break into the Top 10 for the first time in his career.

The co-main event will see No. 10 ranked welterweight Neil Magny attempt to halt the momentum of undefeated No. 15 Shakvat Rakhmonov.

Magny (26-9, fighter out of Denver, Colorado) returns to action looking to claim the record for most UFC welterweight wins.

A longtime member of the Top 10, he holds notable wins against ranked opponents Geoff Neal and Li Jingliang. Magny is now aiming to dispatch another rising welterweight contender.

Rakhmonov (15-0, fighter from Kokshetau, Uzbekistan) hopes to bolster his undefeated record by knocking out his top ranked opponent.

In his first three UFC outings, the rising star picked up victories over Carlton Harris, Michel Prazeres and Alex Oliveira. Rakhmonov is now looking for another win to maintain his 100% finish rate and continue his meteoric rise in the rankings.

The main card will be available on ESPN and ESPN Deportes, as well as simulcast in English and Spanish on ESPN+, starting at 10 p.m. ET / 7 p.m. PT. Preliminaries will begin on ESPN2, ESPN Deportes and ESPN+ at 7 p.m. ET / 4 p.m. PT.