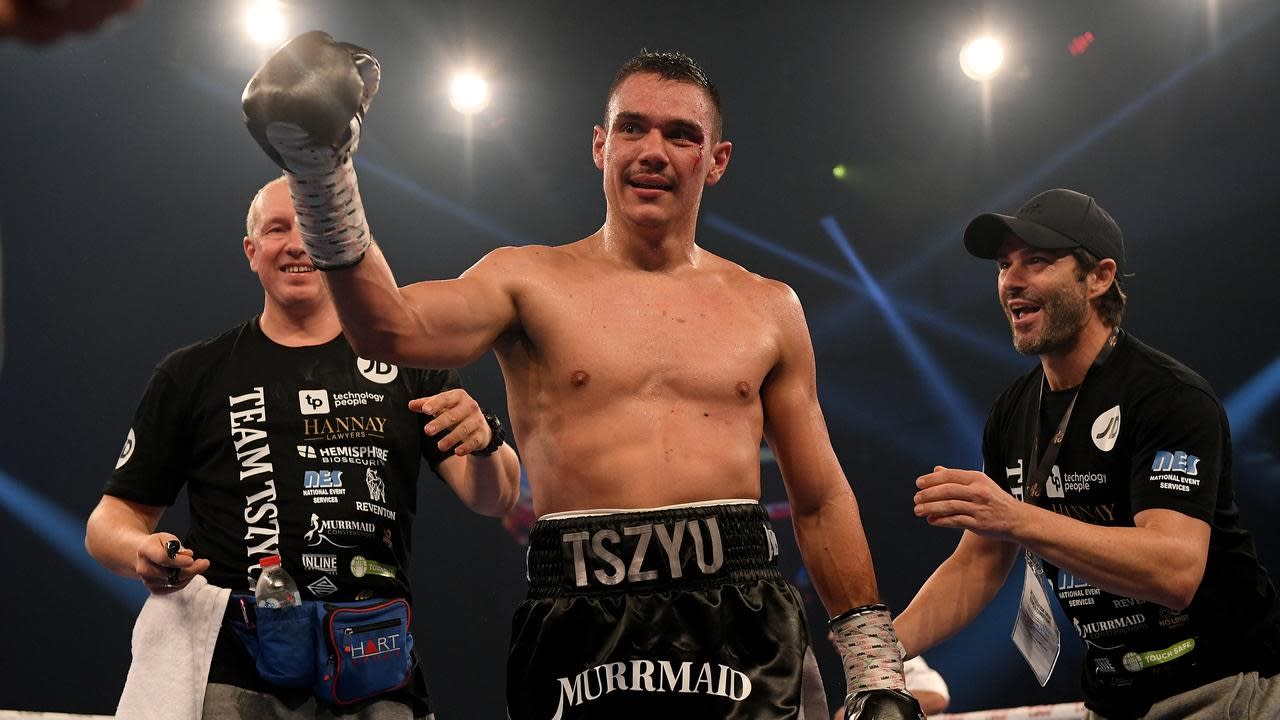 
Tim Tszyu says he’s already on World Champion Jermell Charlo’s radar and will face it when he’s the mandatory contender.

The American recently fired Tszyu, claiming the Australian No.1 was not even on par with the boxers he had previously knocked out.

“Tim ‘Kostya’ Tszyu is not even on a level to fight for a world title,” said Charlo.

“He’s not even up to scratch to fight some of the guys I f ** k knocked out of and he won’t even have a chance to fight me, probably throughout my career.”

Tszyu must first deal with fellow Australian super-welterweight Michael Zerafa at Newcastle on July 7 before he can rightfully call one of the big boys in the division.

But he has set his sights on Charlo’s WBC, WBA and IBF super-welterweight championship belts, with the 31-year-old looking to win a fourth against WBO holder Brian Castano of Argentina next month.

Tszyu said on Friday that he “didn’t care” about Charlo’s derogatory comments.

“Once I become obligated, he will have no choice but to fight me,” Tszyu said.

“He knows who I am, he’s aware – it’s better than being the stranger.

Tszyu had little sympathy for Zerafa’s disrupted preparation, with the 29-year-old being hospitalized with a kidney infection and his training now affected by the Melbourne lockdown.

He said that once he was done with Zerafa the next step was to follow in the footsteps of his former world champion father Kostya to fight abroad.

“Nationally, I have fought everyone here who is possible,” said the 26-year-old.

“There’s a last name left, a final key to the puzzle.

“I feel like I’ve completely cleaned up my division, from super welterweights to middleweights.

“It has been good in a way, but after that there is only one option.”