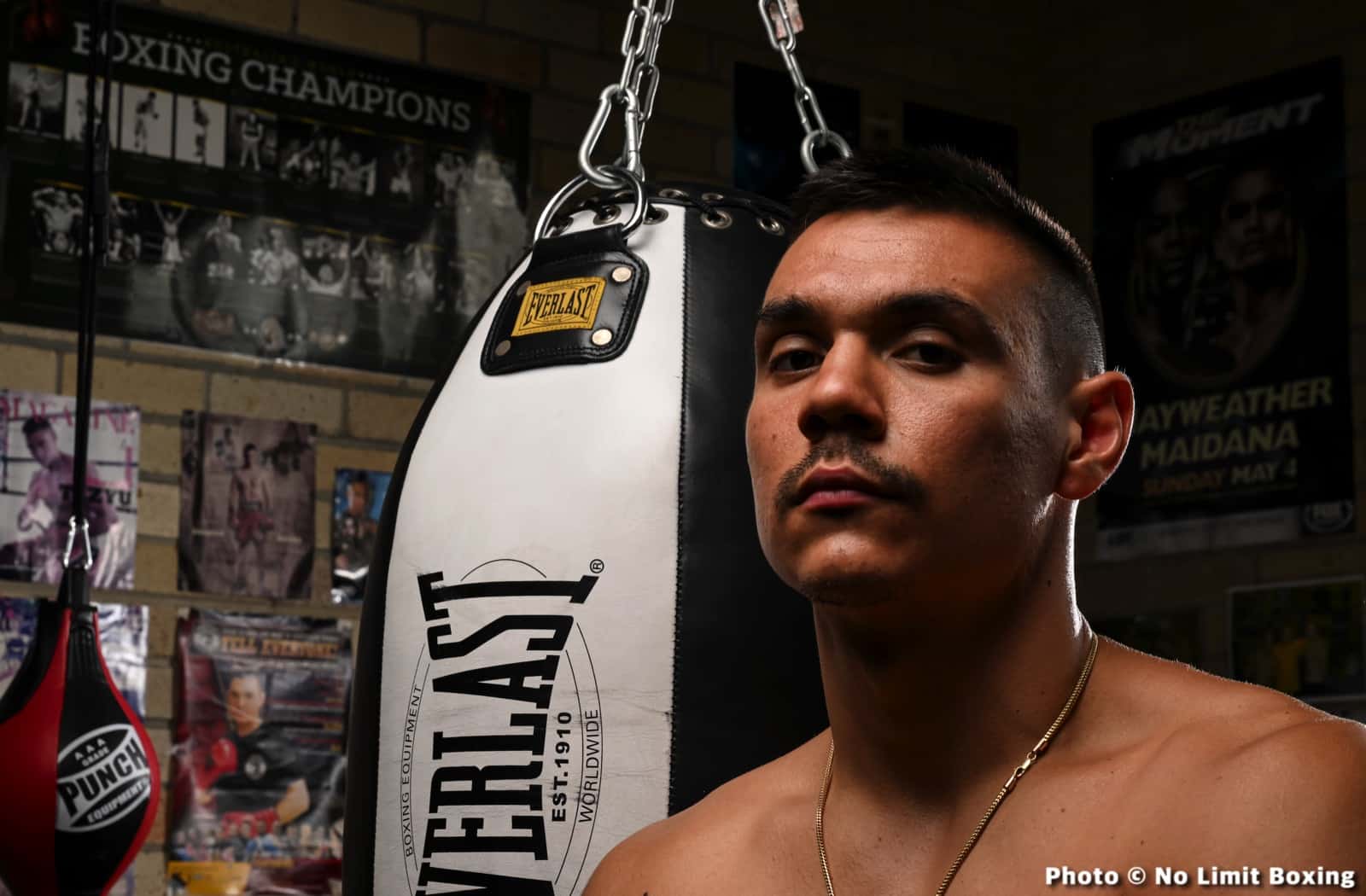 The countdown to UNDISPUTED has officially begun with today marking 100 days until Australian boxing superstar Tim Tszyu will challenge for the undisputed super welterweight championship of the world.

The fight will be live and exclusive to Foxtel’s Main Event and Kayo Sports and is expected to be one of the most-watched title fights of all time in Australia.

Jermell Charlo is ranked in the top 10 pound for pound, was the seventh man to become the undisputed champion of the four belt era and the first man to do so in the super welterweight division.

The superfight also coincides with the 28th birthday of Tszyu’s Hall of Fame father Kostya, making his Vegas debut against Jake Rodriguez in 1995 to win the IBF light welterweight title.

The hallowed walls of the Tszyu Boxing Academy in Sydney took center stage today with the proud legacy of the Tszyu name on display and the floors soaked in the blood, sweat and tears of Tszyu fighters past and present. today.

Tim Tszyu was on hand alongside his uncle and trainer Igor Goloubev, brother and rising prospect Nikita Tszyu, manager Glen Jennings and No Limit CEO George Rose to launch the 100 days till undisputed campaign. The team provided an update and insight into the road ahead for Tim to become undisputed world champion.

Tim Tszyu said: “It’s the Superbowl, the grand finale. It’s the clutch of an NBA final, it’s the equivalent of that. It’s the last 100 days that I’m going to be a non-champion, let’s just say that.

“January 28, as a lot of people know, is the day dad (Kostya) beat Jake Rodriguez for the first world title in Vegas. It was the start of his career and it’s pretty crazy, like a sense of deja vu, that it’s happening in reverse on the exact same date and in the exact same place 28 years apart. It’s pretty crazy. It was total domination, it completely wiped out Jake Rodriguez and established himself as the best super lightweight on the planet at the time.

“My birthday is November 2 so it’s coming up and mom asked what you were going to do and I said I didn’t want to do anything. She was like the funniest thing was when dad was getting ready for his first world title, he said exactly the same thing. All in, no “plan B”, just all in.

“For me and Igor, we have to disappear, get into the jungle (in Thailand) and go back to the basics, to the old-fashioned training methods. That’s what got us to this position and just to isolate ourselves and be away from all distractions Get away from it all and focus on what’s ahead of you, because what’s ahead is going to be one hell of a ride.

No Limit CEO George Rose said: “We are 100 days away from the son of a hall of fame legend, fighting on the exact same date 28 years after his father won the first of many world titles. in Las Vegas. It’s absolutely amazing.

“It’s a really exciting time for us too here at No Limit Boxing and it’s been a hell of a journey to get to this point. Knowing that we’re now able to provide fighters with the opportunity to fight overseas, to do a co-promotion with PBC that has been absolutely fantastic is incredible and the countdown is now on until Tim becomes undisputed world champion.