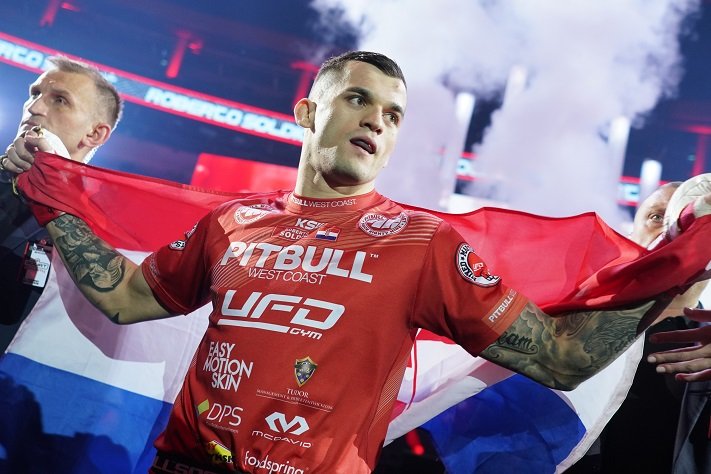 Croatian standout Roberto Soldic, who won gold at welterweight and middleweight in Polish promotion KSW, is now a ONE Championship fighter.

KSW officials confirmed the 27-year-old’s exit on Monday, after Soldic announced he had signed with ONE on the latest episode of The MMA Hour.

Goodbye Roberto and thank you for all the emotions you have given us over the past five years!! 👏 pic.twitter.com/u8DgNEFB8i

The distinction between martial arts and mixed martial arts – ONE Championship offers both MMA and competition in a single discipline – seems to have given ONE the edge over other potential contenders.

Solidic began competing for KSW in 2017, winning the promotion’s welterweight championship in his debut. He would lose the belt in his very next fight, against current UFC star Dricus Du Plessis. An immediate rematch saw Soldic reclaim gold; he would defeat Mamed Khalidov last December to add a second middleweight title to his collection.

No start date or opponent has been announced for Roberto Soldic in ONE Championship at this time.