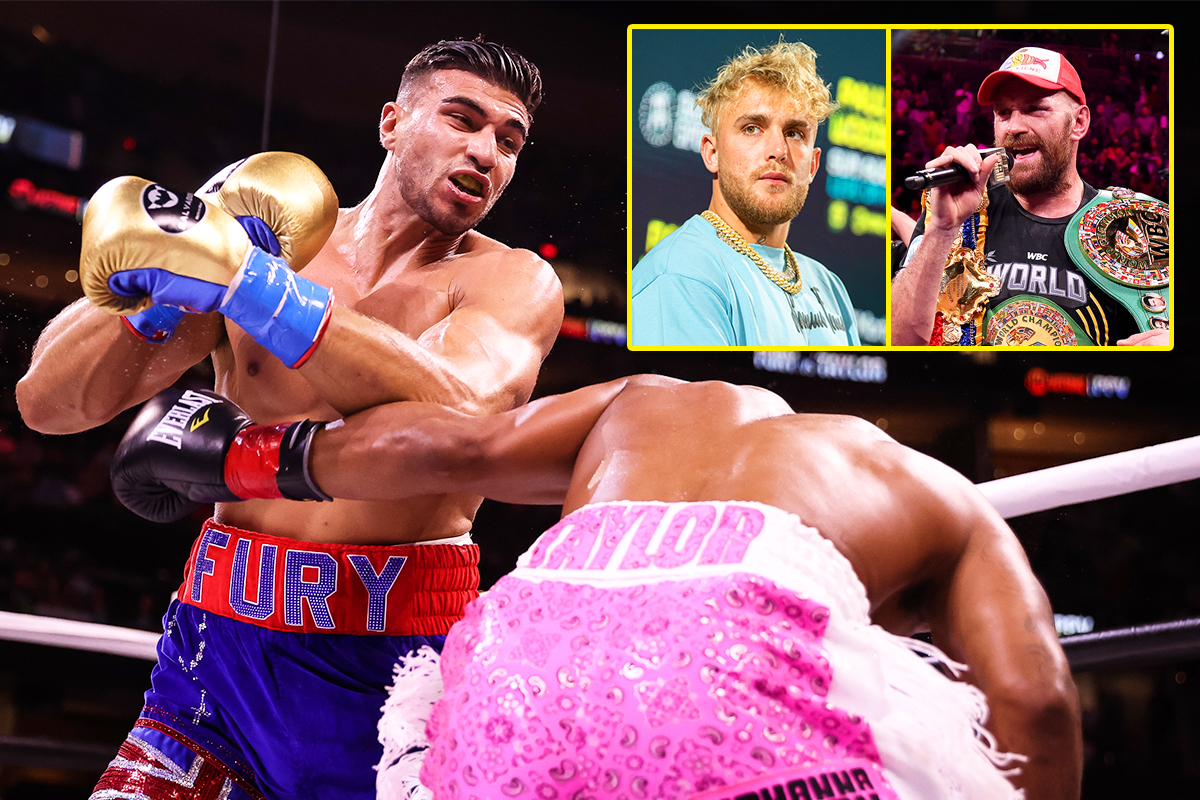 Tyson Fury claimed that Tommy Fury deliberately underperformed in his last fight so he could draw Jake Paul to face him.

In August, they appeared on the same show together.

Jake grabbed the headlines and clinched an eight-round points victory over Tyron Woodley.

Earlier that night on the undercard, Tommy worked for a four-point win over Anthony Taylor.

Taylor, a much shorter man, had once been one of Jake’s training partners.

Tommy was supposed to blow it, but didn’t.

Tyson has now offered an explanation for this.

He told The Lowdown, â€œTommy looked terrible on purpose so he could get this fight.

“That’s what smart people do.”

Speaking to talkSPORT after the press conference, Tommy’s father John Fury said it would be “impossible” for Jake Paul to beat his son and would then target a fight with Logan, the older brother of the social media sensation.

â€œI have high hopes for him to win the world light heavyweight championship,â€ said Fury. â€œThe way he’s trained and the clientele he’s trained in the gym are second to none.

â€œWe can’t lose this, there’s no way Jake Paul could beat this man. Whatever it is, we’re just enjoying it because we’re so lucky to be in this situation before Christmas and it’s going to do it all for the greatest Christmas the Fury’s probably ever had.