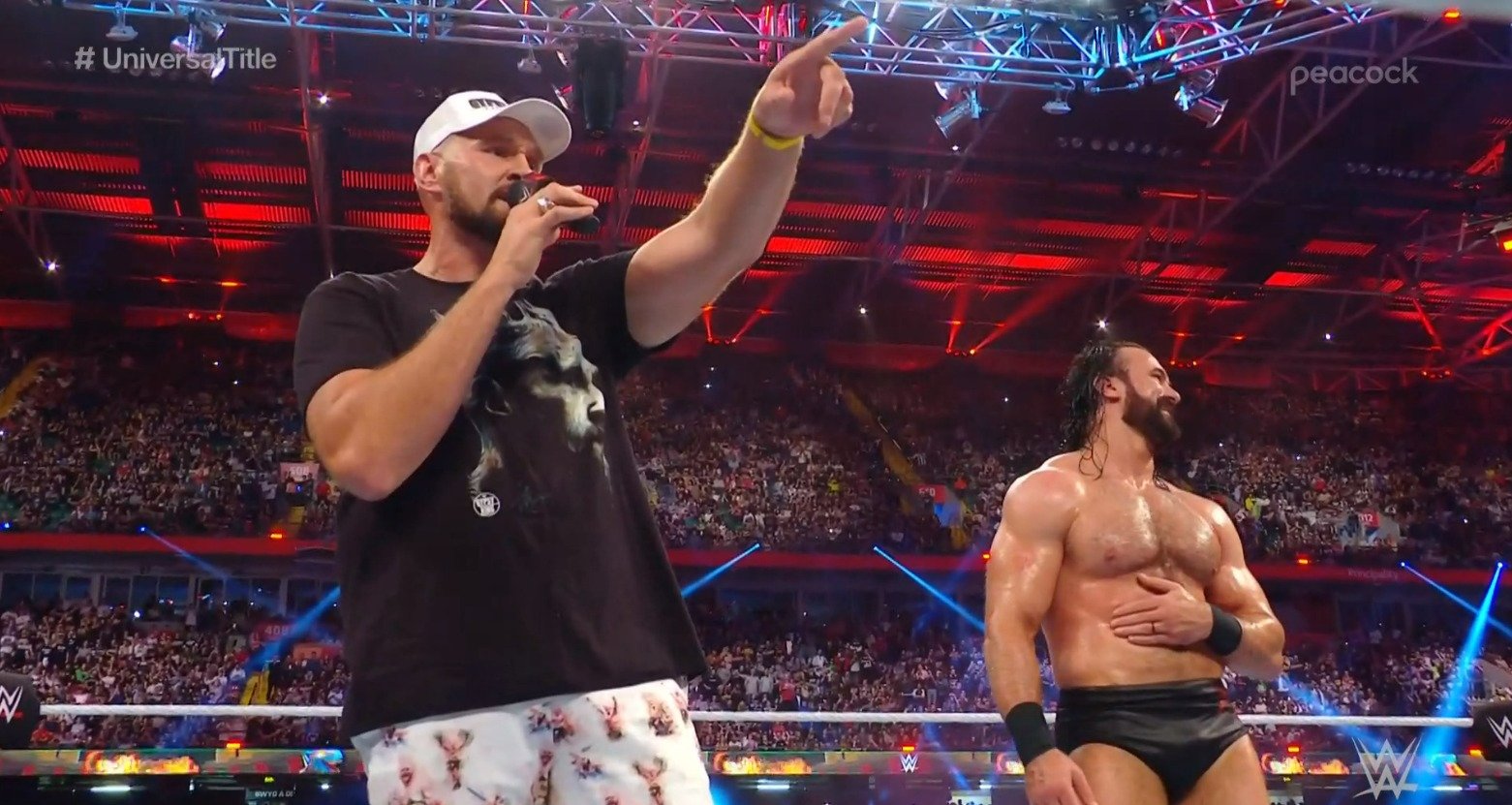 Tyson Fury serenades the WWE crowd with American Pie alongside Drew McIntyre, just like he did after beating Deontay Wilder

Tyson Fury stole the show at WWE Clash at the Castle on Saturday night and it was his singing that the crowd loved.

The event took place at Principality Stadium in Cardiff, the first major UK stadium event for WWE in 30 years.

There were some familiar faces in the crowd, including new UFC welterweight champion Leon Edwards.

The Gypsy King, who has tried his hand at wrestling several times over the past few years, also had a ringside seat.

Big involvement was expected from Fury and he delivered for the main event.

He dropped Austin Theory with a right hand as he tried to cash in his ‘Money in the Bank’ deal.

This contract would have allowed him to try for the title at any time if he could have given it to an official.

Fury’s involvement continued after the match as he stepped into the ring to join champion Reigns.

The couple then shook hands to show their mutual respect.

Fury then took the mic and serenaded the Cardiff crowd with a rendition of American Pie alongside Drew McIntyre.

Just like he did when he beat Deontay Wilder.

Speaking at a press conference afterwards, the WBC heavyweight champion said: “All the events I’ve been to involving WWE, they’ve always been very well organized and thought out. Great events.

“Tonight was crazy again. Quite similar to the one I did at Wembley in April.

“What I want to say to Drew is that he came out here and wore his heart on his sleeve. He put up a great fight and things like that have to happen.

“Although I’ve never had to lose in a ring fight, life is full of ups and downs.

“One minute you’re up, the next you’re down. Just keep fighting and moving forward, dust yourself off and try again.

Offer of the day

Usman shares a moment that felt worse than his knockout loss