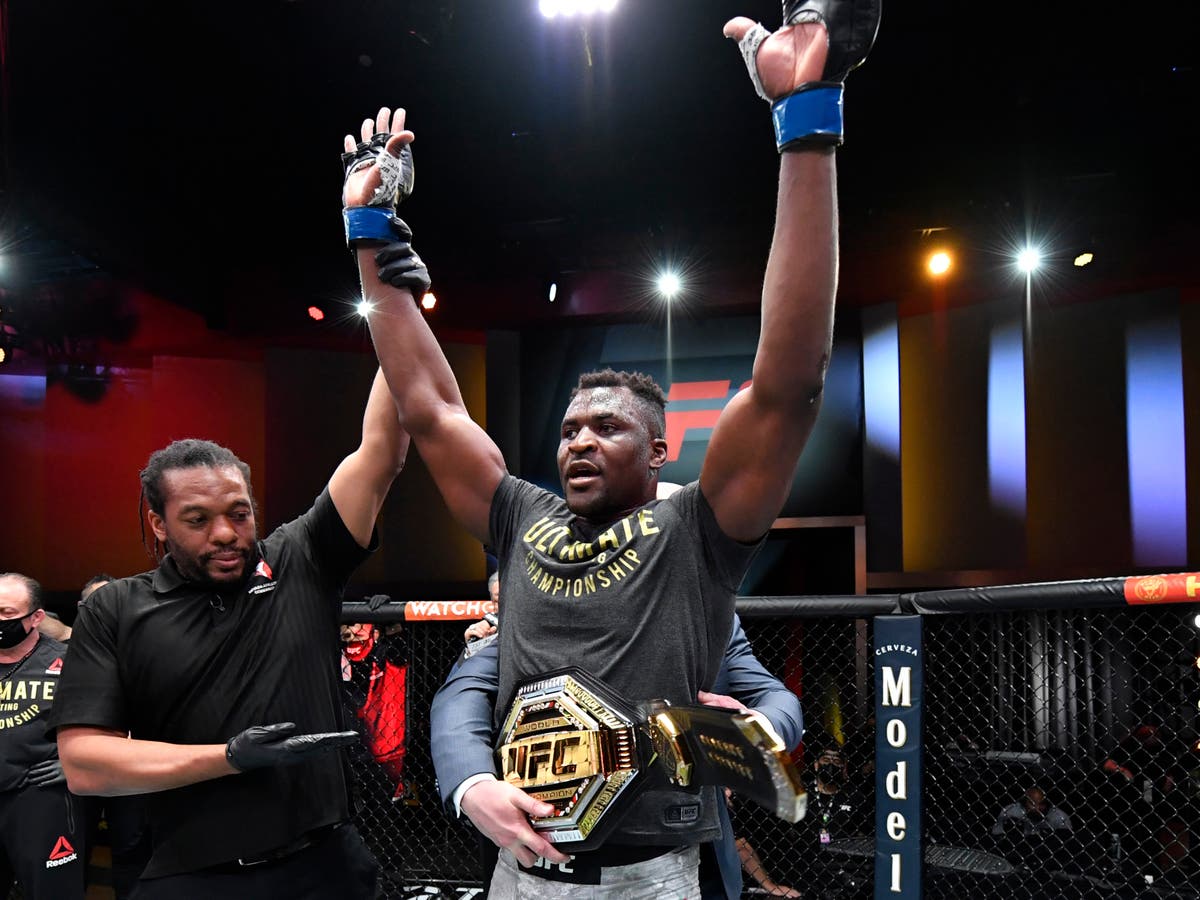 UFC 270 card: Ngannou vs Gane and all the fights this week

The UFC heavyweight titles will be unified in the main event of UFC 270 this weekend, as Francis Ngannou defends against interim champion and former teammate Ciryl Gane.

Ngannou (16-3) is 11-2 in the UFC, with 10 of his wins in the promotion by knockout/TKO and the other by submission. Most of the French Cameroonian’s knockouts come very early, and in his last fight, he knocked out Stipe Miocic in the second round to win the American heavyweight title.

That was March, with Ngannou avenging a Miocic decision loss in the process, while Gane (10-0) has fought and won three times in 2021. In the third of those three contests, the Frenchman has dominated Derrick Lewis before stopping the American to claim provisional gold.

In the co-main event of UFC 270, Brandon Moreno defends his flyweight belt against Deiveson Figueiredo in a trilogy bout. Mexico’s Moreno fought then-champion Figueiredo to a draw in December 2020, before submitting the Brazilian to win his title in June.

Here’s everything you need to know about UFC 270.

UFC 270 takes place on Saturday, January 22 at the Honda Center in Anaheim.

How can I watch it?

The card will be shown live on BT Sport in the UK, with the broadcaster’s app and website also showing the fights.

In the US, ESPN+ will show the action live, as will UFC Fight Pass.