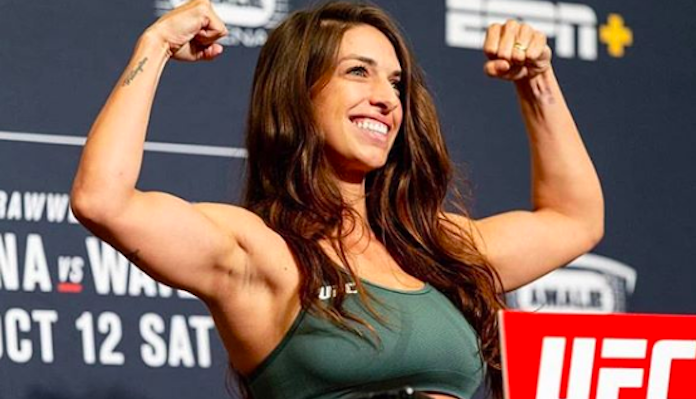 Two marquee matches have been added to the April 9 UFC 273 event, including Mackenzie Dern vs. Tecia Torres.

Dern (11-2 MMA), an accomplished Brazilian black belt and MMA fighter, is looking to rebound from her loss to Marina Rodriguez last October. The jiu-jitsu ace has already won four fights in a row and is considered one of the best wrestlers of her generation.

The second fight announcement came courtesy of ESPN‘s Brett Okamoto who reported that a middleweight bout between Kelvin Gastelum and Nassourdine Imavov is also scheduled for the April 9 pay-per-view event.

Gastelum (16-8 MMA) is hoping to land a two-fight losing skid when he returns to the Octagon at UFC 273. The former TUF winner is coming off two straight unanimous decision losses in his most recent efforts. .

As for Nassourdine Imavov (11-3 MMA), the ‘Russian Sniper’ will be looking to earn a spot in the Top 10 by beating Kelvin Gastelum. The Dagestan native is coming off back-to-back TKO wins over Edmen Shahbazyan and Ian Heinisch in his most recent efforts.

UFC 273 will be headlined by a featherweight title fight between Alex Volkanovski and the ‘Korean Zombie’. The card is also expected to feature a bantamweight title rematch between Aljamain Sterline and Petr Yan.

Are you excited for the upcoming UFC 273? What games are you looking forward to seeing? Share your thoughts and predictions in the PENN Nation comments section!