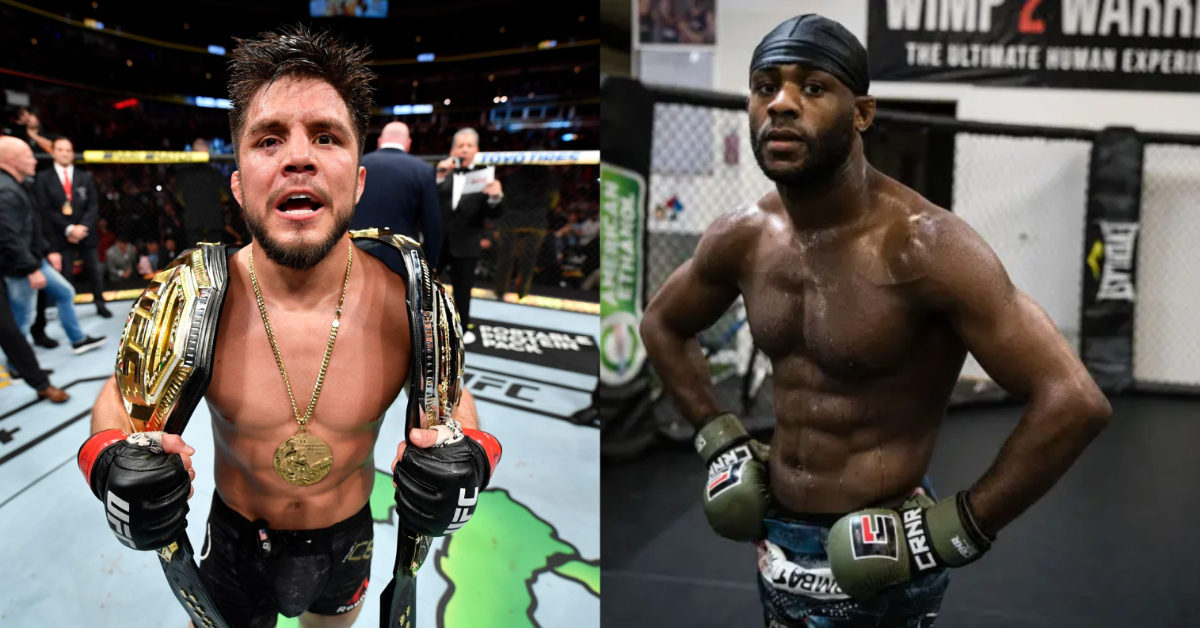 Current UFC 135lb champion Aljamain Sterling has an endless list of contenders when looking at the entire bantamweight division, but would UFC fans or staff consider Henry Cejudo to be top of that list? In a recent interview with Ariel Helwani on the MMA hourSterling broke down Cejudo’s “situation” with his current clash with TJ Dillashaw.

With all the contenders at 135 pounds, why should Cejudo get the title right away?

Former champ-champ at 125 and 135 pounds, Henry Cejudo has expressed what he wants next in his MMA career. After returning to the USADA testing pool in April of this year, fans and the UFC are wondering what Cejudo’s next move might be. Henry Cejudo was very vocal in his efforts to secure a top match with 135 or 145 pound champions, but he also chirped against 135 other contenders. With all of the top ten matchups in the bantamweight division, it will likely be extremely difficult for Cejudo to secure a title shot against current champion Sterling.

With the match between Petr Yan and Sean O’Malley, as well as Jose Aldo facing Merab Dvalishvili and Marlon Vera battling Dominic Cruz this weekend, it seems unlikely that Cejudo will get what he wants for his comeback fight. If Cejudo faces the winner of one of those matchups and wins, nothing will stop the UFC or the fans from demanding that he face the winner of Sterling and Dillashaw. There are a lot of moving parts in this situation, so Cejudo probably shouldn’t put all his eggs in one basket and should campaign to get the top ten contenders at 135 pounds into position to fight for the belt.

Sterling’s team have spoken about the potential showdown between the current champion and former champion-champion Cejudo, but they’re not convinced he’s really coming back. They also compared it to the return of Georges St-Pierre in 2017 and said the former UFC welterweight champion returned to an immediate shot at the middleweight championship against Michael Bisping after a four-year hiatus. Instead of that happening, Sterling suggested Cejudo fight someone like Dominick Cruz first.

In a recent interview, Aljamain Sterling went into detail about the 135-pound split, as well as his current clash with TJ Dillashaw and the possibility of facing Henry Cejudo.

Sterling was not holding back a word when it came to discussing both Dillashaw and Cejudo, when TJ Dillashaw’s name was mentioned, Sterling said that: “the guy is a cheating weasel and he’s been doing it for years.” Sterling will face Dillashaw in a highly anticipated matchup at UFC 280, but the champion also has his sights set on Cejudo.

Aljamain Sterling couldn’t help but say a few words about how he feels about Cejudo’s return. When Helwani asked Sterling, “Does the winner [Sterling or Dillashaw] fight Cejudo? Sterling’s response showed how he really feels about Henry Cejudo’s return to the top of the division. The ‘Funk Master’ said that, “Cejudo needs to get back in the pool and fight someone, until then no one will take this guy seriously.”

Sterling went a bit more in depth on Cejudo’s return saying, “He is not [Georges St-Pierre] SGP. He fought [Dominic] Cruz on short notice. Fight Cruz now. See what happens. That said, fans and the UFC should keep their eyes on the 135-pound title fight in October with the rest of the division, including Cejudo because, as fans know all too well, anything can happen in the world. of MMA.

Does Henry Cejudo deserve to jump the contender line, or should he fight a top 10 opponent to secure a potential title fight with Aljamain Sterling?