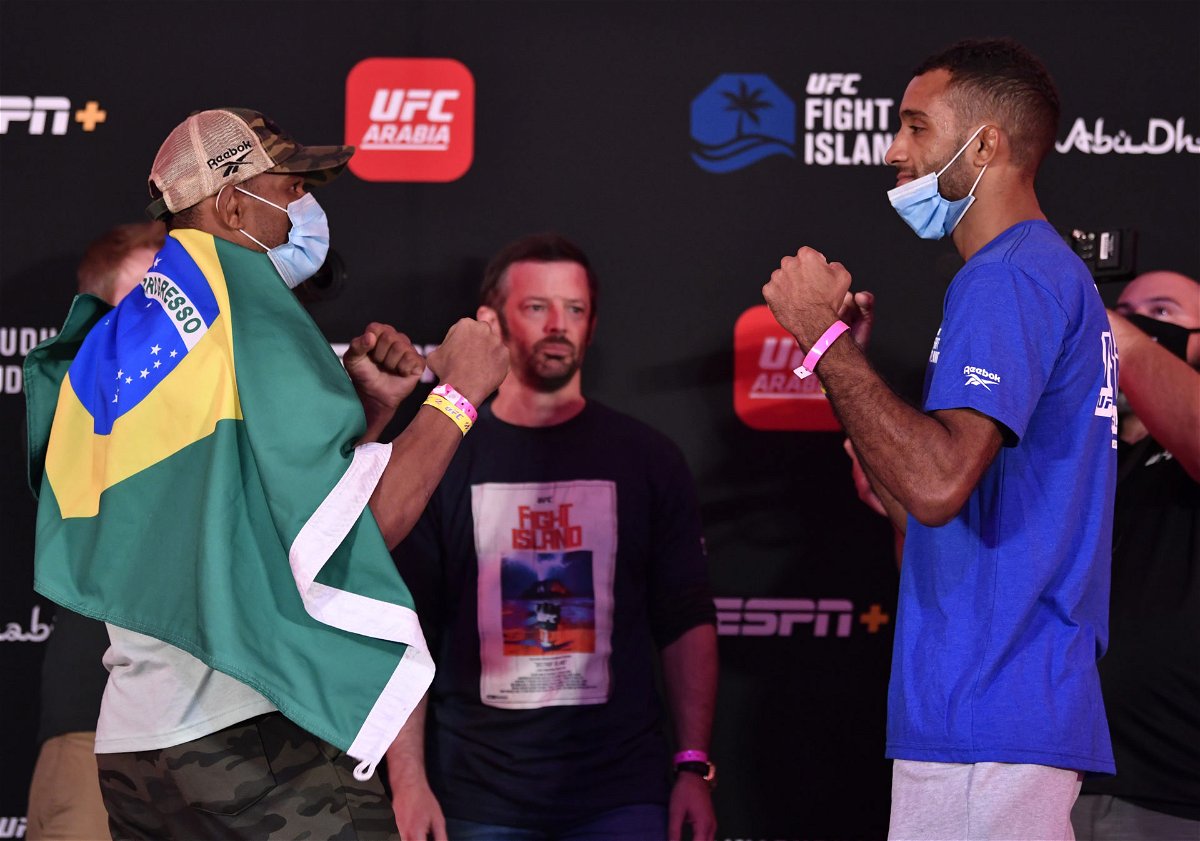 
Welterweight Francisco Trinaldo and Muslim Salikhov are set to face off in the octagon on the UFC Fight Night: Rozenstruik vs Sakai preliminary card. It’s the only welterweight fight in the entire event, with the two looking to capitalize on the opportunity.

Trinaldo is a UFC veteran and has also fought at middleweight and lightweight in the organization. The Brazilian is currently on a three-game winning streak after beating Britain’s Jai Herbert in his last fight. Additionally, his last loss came against Alexander Hernandez in July 2019.

He will be looking to win this fight and enter the top 15 in the official UFC rankings for the welterweight division. While on the other hand, his opponent Salikhov arrives with a stellar four. The Russian fighter has done better on Trinaldo’s streak and has won his last four fights. His last loss was in 2017 against Alex Garcia.

He too will be eager to enter the top 15 in the standings. Trinaldo is 26-7, while Salikhov is an incredible 17-2. However, he’s only fought in the UFC since that first loss to Alex Garcia.

The Brazilian fighter is a knockout artist and has won 9 of his 26 knockout fights. Meanwhile, he also sports an incredible chin as he has never been knocked out in his entire career. However, he lost three fights by submission and four by unanimous decision.

He will try to keep the fight on his feet, but his opponent is not left behind either.

On the other hand, Salikhov is above all a kickboxer. The Russian fighter represented Russia at the World Sanda (Chinese Boxing) Championship and won the gold medal in several years. He also holds an unofficial Olympic gold medal which he won in 2008.

It also translated into his MMA fights as he won 12 knockout fights and was never finished. Salikhov is fighting on the pitch and his two losses came via submissions. Therefore, Trinaldo would do well to fight there.

Predictions: Muslim Salikhov wins by knockout in the third round