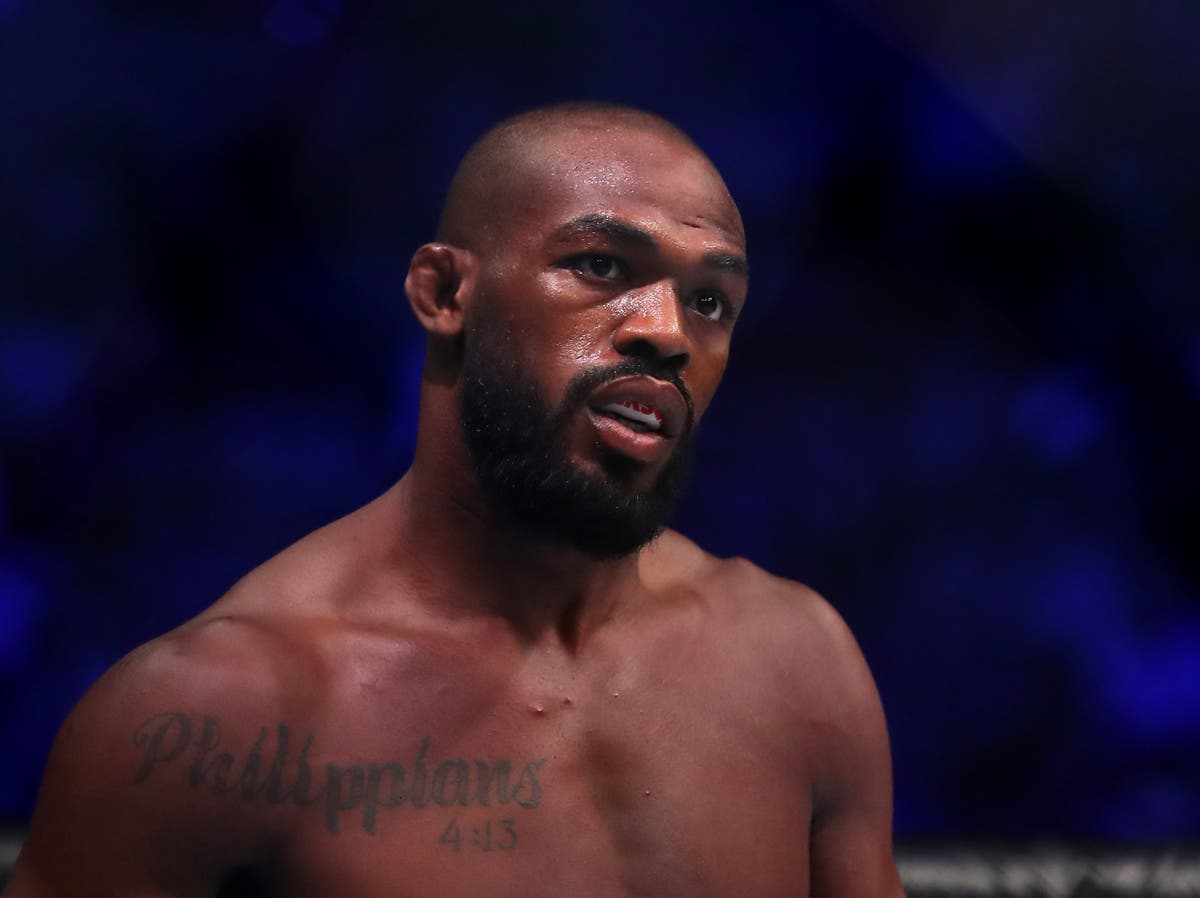 At the end of September, Jones was arrested for domestic violence – the latest in a series of run-ins with the law.

After the American’s arrest in Las Vegas, his former trainer Winkeljohn banned Jones from the Jackson Wink gym, where Jones trained for most of his UFC career.

At the time, Winkeljohn called the decision to ban Jones as “one of the most difficult” to make, adding: “It broke my heart that I was even placed in this position where I felt like I had to do it.”

Jones showed little understanding for Winkeljohn’s decision, and in a series of deleted tweets since Wednesday, the 34-year-old wrote: “Coach Wink is on national television and says he wants the best for me, then behind the scenes harassing other coaches for continuing to work with me. Miserable b ***** d.

“What kind of friend is on television and broadcasting his ‘brother’s’ dirty laundry. It was an opportunity for him to gain the upper hand on the morale of someone who [put] faith in him. He didn’t laugh at what really happened that night. Anything for some publicity.

“If I were such a monster, he wouldn’t always try to monetize me as a former student there. There is a Jon Jones poster on almost every wall in the building.

In April 2020, Jones pleaded guilty to his second drinking and driving offense, after being arrested on suspicion of aggravated DWI, negligent use of firearms, possession of an open container of alcohol and no evidence insurance for a vehicle.

In 2015, Jones pleaded guilty to leaving the scene of an accident following a hit-and-run accident in Albuquerque that injured a pregnant woman. Under a plea deal, he was avoided jail and was ordered to serve up to 18 months of supervised probation.

The 2015 incident saw Jones stripped of the UFC light heavyweight title, which he would win back in 2017 before having his belt taken away again – this time for his third of four failed drug tests with promotion. Jones returned to the light heavyweight championship in 2018, but dropped out in 2020 and has not fought since, despite his goal of moving to heavyweight.

Continuing his rant against Winkeljohn, Jones wrote: “A wink suspending me from the team has changed absolutely nothing for me. I still work with the exact same coaches on the same schedule that we have had for the past two years.

“Don’t go on TV and pretend you’re making fun of someone who’s made you so much money over the years, gave you so many world championships, then behind closed doors secretly trying to do them. to crush. True d **** e move Mike.

“Mike, the other coaches aren’t employed by you, they literally work from your building. You tax them on their flights, I’m trying to put money in these men’s pockets.

“Trying to tell them who they can and can’t work with outside of your building is weird. “