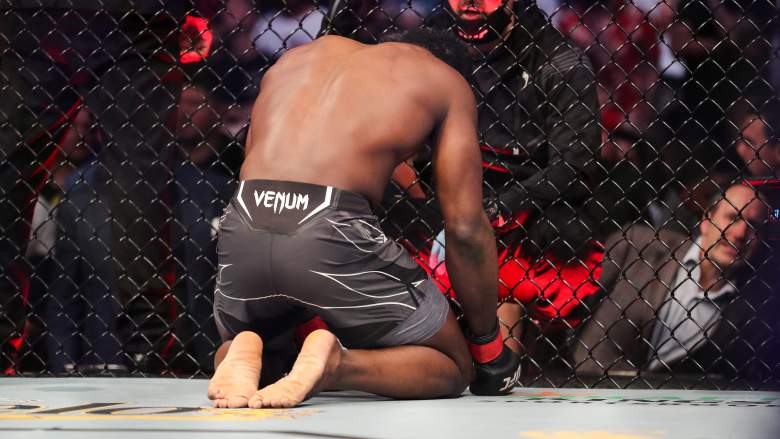 The announcement, which he made via Instagram, came about a month after his lopsided unanimous decision loss to Andre Muniz at UFC 276.

“It is with great sadness that I will be stepping away from the greatest sport in the world,” read Hall’s retirement message. “I will miss the incredible UFC staff who have become like family and the mentors I have met along the way. The UFC has given me the best opportunity to completely step out of my comfort zone. Over the years I have faced some of the best in the world at the highest level.

“Although I did not reach the rank of world champion, some of my greatest accomplishments in mixed martial arts have been to face my fears and be a champion in life. I want to thank the amazing fans, you made the sport what it is today. It’s important to have the right people around you who take care of you and encourage you to become a better version of yourself- I would like to thank my team, my coaches, my friends and my family always by my side, you have all been the driving force that has encouraged me on a daily basis.

“Finally, I want to specifically thank Dana White for giving me the opportunity to collide with Modern Gladiators. Thank you for always supporting me through the good and the bad… For the next generation, you are the best 1% of the greatest athletes on the planet. It will be great to see where you all take this sport from here. I’ll be watching! Go ahead.”

As longtime fight fans know, Hall (17-11) was touted as one of the most high-profile prospects in UFC history after bursting onto the scene during “The Ultimate Fighter in 2013. He picked up three KO/TKO wins en route to the season finale, which included an epic hook kick against Adam Cella.

Many saw Hall as the second coming of former UFC middleweight champion Anderson Silva, who lost his 185-pound strap the year before Hall was introduced to big MMA fans.

However, Hall never reached the level that many hoped he would reach. Overall, “Prime Time” went 10-9 inside the Octagon, with arguably his biggest victory against Gegard Mousasi in 2015. He has never fought for a UFC championship.

Still, Hall has a highlight reel filled to the brim with sensational finishes. Thirteen of his 17 wins have come by KO/TKO and one by submission. As a UFC fighter, he defeated notable names like Silva, Thiago Santos, Chris Leben, and Antonio Carlos Junior.

Reactions poured in after Hall’s announcement

The comments section of Hall’s post was flooded with support after announcing his intention to quit the sport.

MMA personality The Schmo wrote: “Always an honor to watch PRIME TIME!! Thank you for all the amazing memories.

MMA fighter Ty Gwerder wrote, “It’s been an honor to train with you and see you go fight bro what a career and roll it’s always been proud of you bro!”