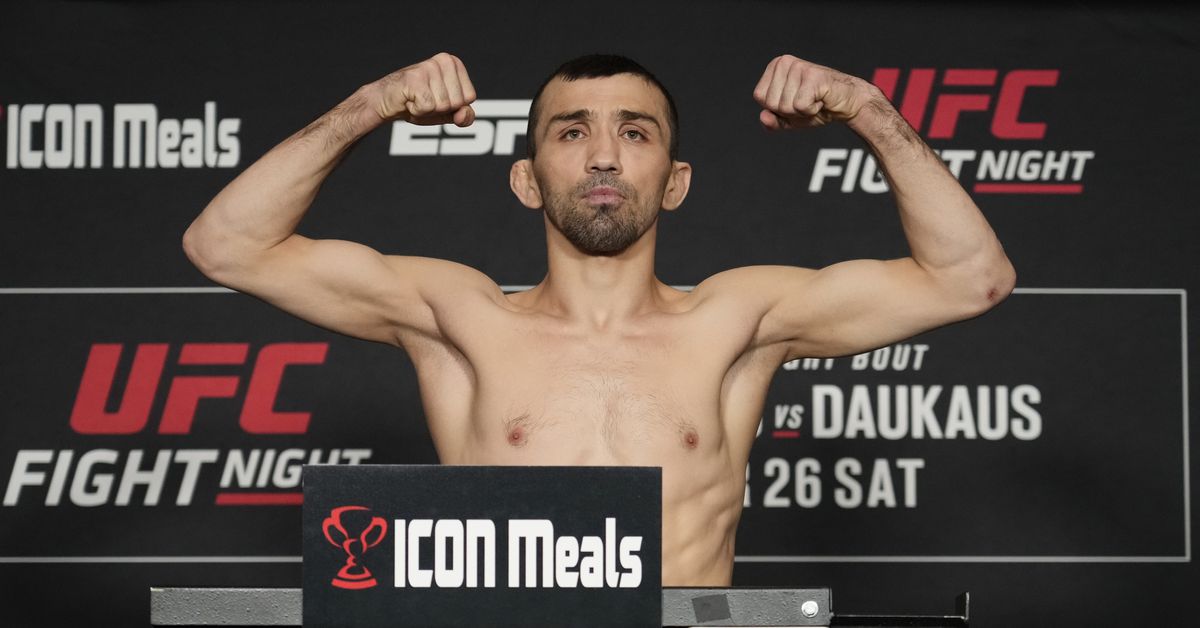 The Ultimate Fighting Championship (UFC) flyweight division has lost one of its best.

MMA Fighting confirmed today (Tuesday, November 1, 2022) that Askar Askarov (14-1-1_, has been released from the promotion. “Bullet” was scheduled to take on Brandon Royval last month (October 15, 2022), but has was forced out of the fight after facing weight loss issues.

Askarov took to Instagram last weekend (Saturday, October 28, 2022) where he requested his release from the promotion following his health issues.

“Assalamualikum, due to the fact that my return was delayed, for health reasons and it was my last fight under contract, I asked the UFC to release me,” Askarov said. “To which I received a positive response. First, let’s get health in order, then we’ll see what and how.

Kai Kara-France is currently the only man to defeat Askarov inside the Octagon, earning a hard-fought unanimous decision win over the Russian in March 2022. Askarov has otherwise been flawless in his arts career mixed martial arts (MMA) apart from the fun split. draw he battled against current interim titleholder Brandon Moreno in September 2019.

Askarov’s last two victories have been his biggest, sending Joseph Benavidez into retirement after a triumph over Alexander Pantoja. The strong wrestler might not be done for good in the UFC, according to his statement, but he will clearly step away from the sport to get his health in order.