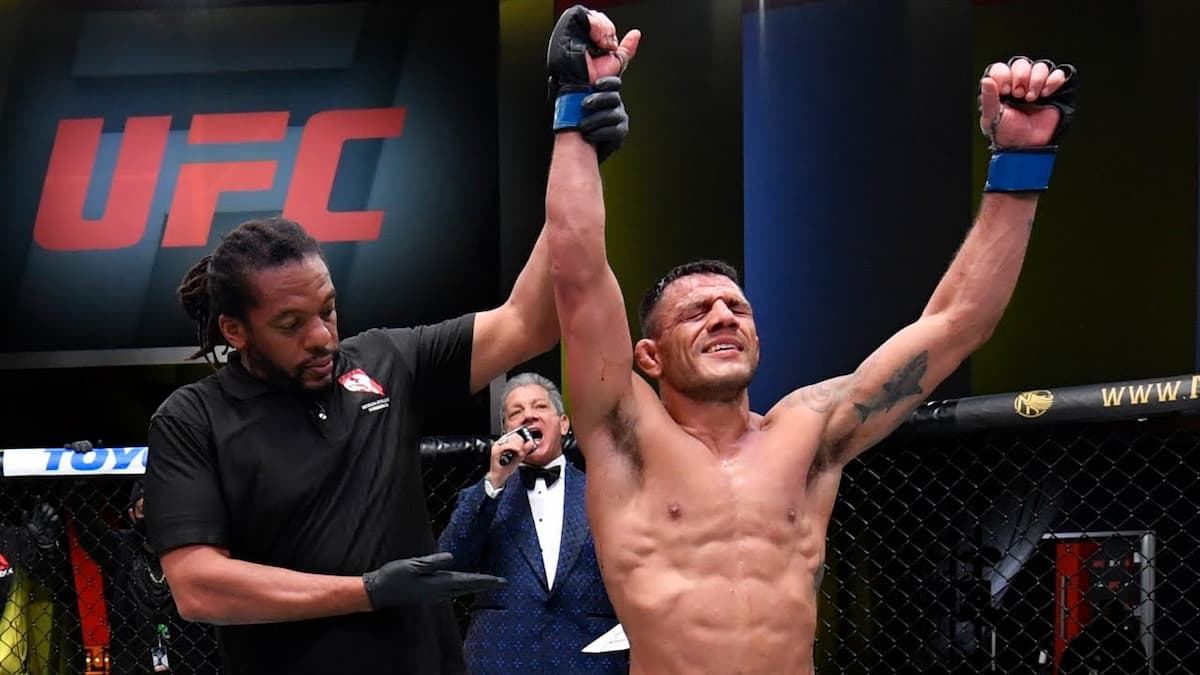 UFC Vegas 58 airs live from the UFC Apex in Las Vegas, NV on Saturday, July 9, making it Sunday, July 10 in Australia. The main event is a five-round lightweight bout between Rafael dos Anjos and Rafael Fiziev.

Former UFC 155-pound champion Rafael dos Anjos (31-13) of Brazil has won two of his previous bouts. He was last in action in March when he scored a unanimous decision against compatriot Renato Moicano. In November 2020, he made a split decision against Paul Felder. He is currently ranked No. 7 in the division.

10-ranked contender Rafael Fiziev (11-1) of Kazakhstan is riding the five-game winning streak. In his previous fight late last year, he knocked out Brad Riddell in the third round. Before that, he scored a unanimous decision against Bobby Green, stopped Moicano in the first round and beat Marc Diakiese and Alex White by UD.

MMA fans can watch UFC Vegas 58: dos Anjos vs Fiziev live on ESPN+ in the USA, BT Sport monthly subscription in the UK, and UFC Fight Pass and Kayo in Australia.

In the co-main event, Caio Borralho (11-1) of Brazil takes on Armen Petrosyan (7-1) of Armenia. A winner in his last eight fights, Borralho was in action in April when he defeated Gadzhi Omargadzhiev via unanimous third-round TD. Petrosyan has won three of his previous outings, most recently making his successful UFC debut with a split decision over Gregory Rodrigues in February.

Full UFC Vegas 58: Dos Anjos vs. Fiziev fight card can be found below.

Links to streaming or pay-per-view platforms provided on this page, if any, are affiliate links. We will receive a commission, at no additional cost to you, if you use these links to make a purchase.